From Being Rejected As A Soldier To Driving An Ambulance During World War I, Walt Disney Overcame His Failure To Become One Of The Most Influxntial People On Earth And The Owner Of ‘the Happiest Place On Earth 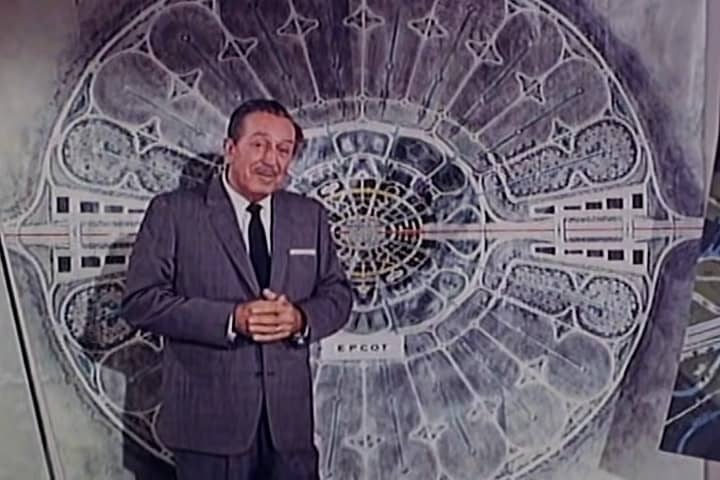 It could be family, money, or where they were brought up. Either way, they overcame those obstacles before they became who they are today.

As for Walt Disney, his obstacles were mainly his family. Not his whole family but perhaps his father. And the will to escape his father’s wrath led him to become the owner of The Happiest Place on Earth – Disneyland.

To find out how Walt Disney brought his fantasy into reality, you can’t afford but to keep reading this.

Walt Disney was born to Elias Disney and Flora Call in Chicago in 1901. He was born to a family of 5, with him being the 4th child with a little sister.

His father was a construction worker and, at the same time, a well-known disciplinarian. He’d beat Disney’s brothers, who happened to be paper boys, as he wished.

When Disney was 4, his family moved to Missouri in Marceline. Disney’s uncle Robert had just bought a farm there. And the whole family was there to work on the farm.

In Chicago, Disney would keep himself occupied with papers and drawing pens whenever his father was dishing out lashes to his brothers for some misconduct.

He would create amazing characters. He’d picture them in a world full of happiness, people laughing and celebrating—something missing in his family and his world.

Disney later developed a strong interest in his drawing. They always fascinate him. It was only when, in Missouri, he was paid to draw their neighbor’s horse – a retired doctor- that he took his talent seriously.

He’d later copy drawings from the front page of his father’s newspaper. Subtly, he developed an interest in working with watercolors and crayons.

This is where little Disney will find solace. He continued to perfect his drawings and went straight into turning them into cartoons.

A little touch of acquaintance significantly changed Disney’s perception of drawings. In 1911, the whole family moved again from Marceline to Kansas City.

Disney was enrolled in Benton Grammar School, where he met Walter Pfeiffer, who introduced him to the world of motion pictures. He’d spend hours at Pfeiffer’s than at home.

Stuck between school, opportunity, and his daily paper route, Disney’s grade at school dropped. His father did not care as long as Disney and his brother Roy made their paper runs on the streets of Kansas.

To pursue his dream as a cartoonist, Disney attended the Kansas institute of Arts on Saturdays.

As World War I looms, Disney’s family moved again to Chicago after his father had bought a stock at O-Zell, a jelly-producing company. Disney saw an opportunity that he could not miss. He enrolled at McKinley High School.

There he became the cartoonist for the school’s newspaper. He’d draw heroic cartoons about World War I. He thought that should be his contribution to the fight against the Germans.

But with time, he felt the urge to pick up a gun and fight for his country. He tried joining the U.S Army but was rejected because of his age.

Disney could not withstand this. Drawing patriotic cartoons wasn’t enough. So, he pushed further. He forged his birth certificate and joined the Red Cross in 1918, where he worked as an ambulance driver. He was posted to France in November.

There, he demonstrated his talent on the side of his ambulance and got some of his beautiful works published in the Army’s newspaper.

After his service in France in 1919, Disney returned to Kansas City. He got an apprenticeship at a commercial art studio. His job was to make creative illustrations for theaters and commercial advertising.

He met a fellow cartoonist, Ub Iwerks, at Pesmen-Rubin Commercial Art Studio, with whom they explored the world together.

As early as January 1920, Disney and Iwerks were laid off from the studio. Not because they weren’t creative enough. But because the studio’s revenue had declined right from the previous Christmas.

They decided to start their studio. They initially wanted it to go for sale but later decided it stay as a business. They named it after themselves – Iwerks-Disney Commercial Artists. The business didn’t live long.

Disney decided to get a job at Kansas City Film Ad Company to get money for their business to become solvent. Still, the company couldn’t survive. Iwerks had no choice but to join Disney as he alone could not run the business.

The Kansas City Film Ad Company creates Animations. They use these animations mainly for commercials. Disney got interested in how the creation of these cutout animations work. He offered to borrow a camera and an old animation book.

These were his first tools as he experimented with them at home. During his experimentation, Disney discovered that the cel animations were better than the cutouts.

He couldn’t persuade Cauger, who ran The Kansas City Film Ad Company, to buy his idea or even try it out. He went reluctant and nearly wept his eyeballs.

Later, Disney partnered with his co-worker at Film Ad Company to create another business since Iwerks-Disney Commercial Artists didn’t work out.

Disney and Fred produced their first cartoons called ‘Newman’s Laugh-O-Grams.’ The prefix Newman’s was the theater that was their first client.

Mid 1921, the Laugh-O-Gram became successful. This success gave birth to Laugh-O-Gram Studios. They employed other cartoonists and animators alongside Iwerks and Fred’s brother, Hugh.

The income from the Laugh-O-Gram cartoons was insufficient to keep the company in shape. Out of frustration, and eagerness to save his second business from crumbling, Disney produced his masterpiece, Alice in Wonderland.

The Studio went into bankruptcy in 1923 before the production of Alice in Wonderland was completed.

By July 1923, Disney had turned 21. With his business bankruptcy, he had nowhere to turn to but his brother, Roy, in Los Angeles. He went to Hollywood to sell his masterpiece ‘Alice in wonderland.

Disney couldn’t find a buyer until he met Margaret Winkler. She was in dire need of two new series. Disney presented his work, and by October, they had reached an agreement for six Alice series.

Disney and Roy named their company Disney Brothers Studio. This studio was where they produced Alice Series, and it was their first success. Trusting in his creativity, Disney persuaded Iwerks to move to Hollywood and work there with him.

They established the Official Walt Disney Studio in 1926.

In 1926, Winkler’s husband Mintz was now in charge of the distribution of the Alice Series. Disney encountered another series of trouble when he noticed that Mintz was about to reduce the payments for the Oswald series.

Disney created the Oswald series because he was bored with the Alice series. If Disney declined Mintz reductions for Oswald, Mintz had threatened to produce it himself.

Disney refused, losing his fortune and most of his animation staff, except for Iwerks, who chose to stay with him.

Together, they create something more powerful than the Alice and Oswald series. They created Mickey Mouse. Mickey Mouse set the pace for success for Disney. It wasn’t smooth as expected. It was very tough and rough for Disney.

After the creation of Mickey Mouse, Disney couldn’t find a distributor for Mickey Mouse. He later signed a contract with Pat Powers who was once the executive of Universal Pictures.

He became Disney’s distributor, and the Mickey Mouse animation went viral. But it didn’t stop at that. Disney wanted to try something new. He asked Powers to trim the production cost, because he felt he and his brother, Roy, were not getting their rightful shares.

Powers refused to reduce the costs. He laid Disney off, and hired Iwerks to work for him. Not long enough, Powers lost the distribution autonomy.

Disney signed with Columbia Pictures, and went on to win 22 Academy Awards, more than anybody in history.

Building the theme park, tagged as The Happiest Place On Earth, was a true achievement for Disney. He created exactly what he imagined his childhood should’ve been and brought it to reality.

Every kid on the block wants to visit Disneyland, and that wouldn’t have happened if Disney had stayed down whenever he was knocked down by failure or other circumstances.

-Walt Disney’s perseverance and desire to create a world as he imagined means that you could become whatever you want.

-You can make your dreams come true no matter the number of failures and rejections. You only need to believe in what you’re capable of.