The Transformers Car Was Innovated By Hyundai, It Walks Using Four Legs. 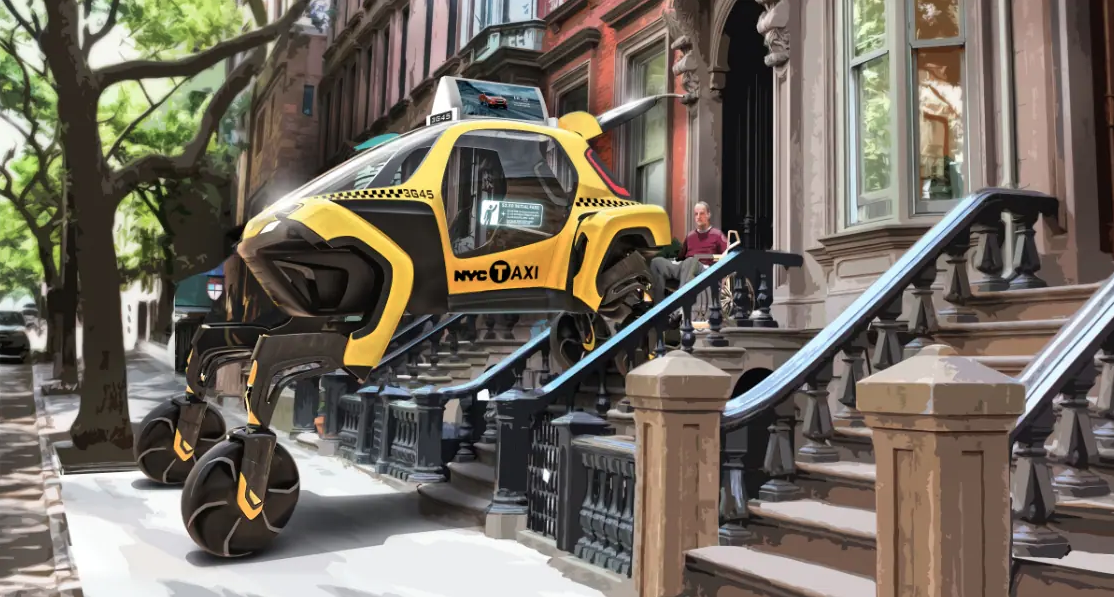 It just seems like everything that we see in science fiction movies will sooner or later come to fruition. Including the illustrious Transformers from the cartoon, and later from the film series. The transforming car is called Hyundai Elevate.

This Transformer can’t fire missiles and doesn’t have a talking head, but it is doing some really cool things.

The wheels disappear, the car gets up and stands on all fours so that it can walk anywhere and overcome any obstacle.

Do you think the engineers were inspired by that television series? Or did that cartoon inspire the progress that eventually was integrated into our society?

I’ll reveal the answer as you continue reading to understand the intelligence in the logic of Hyundai’s development department. But, in general, these are questions that are difficult to answer.

It will help you realize, that watching science fiction films often helps to hypothesize the future and to have an idea of what could happen in 20, 30, or 50 years.

Elevate is a concept for now, and was created in collaboration with the industrial design firm Sundberg-Ferar.

But, who knows in a few years this model may enter the dealerships to be purchased… It remains a mystery.

Meanwhile, let’s find out how it was made …

IT TURNS INTO A ROBOT

Hyundai has completely shattered the traditional car schemes in creating this car. What else, but a cartoon could come up with this idea…

As I have already stated, at the moment this is a concept car/robot, which was proposed in 2019 at the Consumer Electronics Show in Las Vegas. It is the showcase where the most important innovations in the field of technology are announced.

In essence, the car manufacturers here challenge each other with those who propose the most bizarre and futuristic ideas.

It’s evident that the Elevate caused quite a stir. It is memorable because we are in an era in which many projects for new mobility are coming out of the hat.

Think of the Dubai taxis drones. In the next year, we will see them in some cities and from 2023 in many cities, including in the United States.

This vehicle made by Hyundai is truly a source of inspiration for all aspiring entrepreneurs and current entrepreneurs. 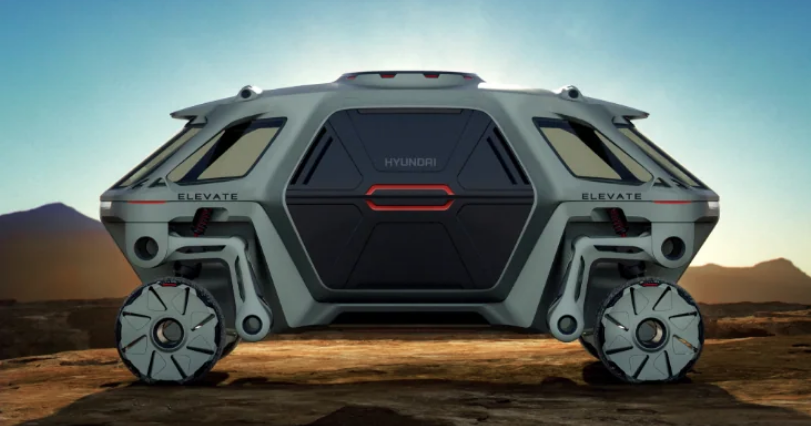 Its main feature is …

“It has four legs that extend and are able to move on any type of terrain, be it a very smooth highway, rough terrain, or even stairs.”

“Elevate’s legs have 5 degrees of freedom. They are equipped with independent motors on each hub and allow the vehicle to move in any direction, easily overcoming gradients of up to one and a half meters “.

Including unevenness of the ground and holes up to 4.5 meters wide do not stop him, he easily overcomes them.

The vehicle can then travel on wheels reaching motorway speeds, moving like a fast elephant on any surface.

All this without losing the stability of the passenger compartment., A special suspension system keeps the body flat and guarantees passenger comfort in all driving conditions.

Just think – in three years – the progress that can be made with robots: they can run even on uneven surfaces, jump, and dance.

Look at all the new car technology since 2019!

That will be revealed in the future…

IT USES AN ELECTRIC MOTOR LIKE THE ONE USED FOR SPACE

Obviously, a project of such magnitude could only be powered by the latest-generation electric motor. It has a very similar design to the one used on the Mars Rover.

That machine also has legs, at the bottom of which it has wheels and each one is moved by a single electric motor.

“Hyundai used the same idea to build the Elevate. Unless the Mars Rover was powered by solar panels ”.

It is not the first time on Earth that we have applied technologies and ideas developed by NASA scientists. Here they envision the future and make discoveries and innovations that sometimes aren’t found in science fiction films.

Looking at all the innovations introduced by NASA is another way to find out which technologies will be among us tomorrow. 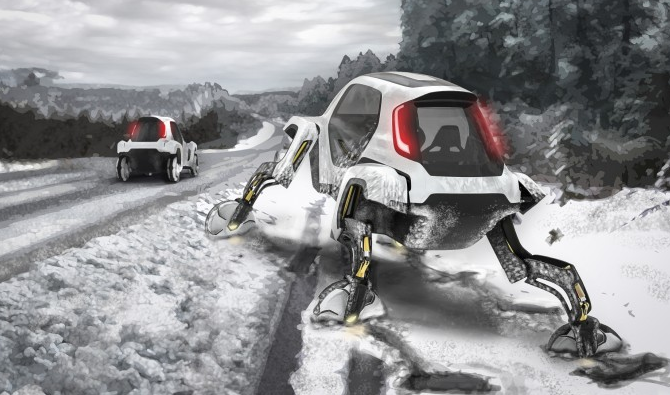 Now as promised I’ll explain the philosophy behind this project.

Hyundai has a division – Cradle – in which it collaborates with start-ups for the technical and conceptual development of new technologies and solutions.

“What would a vehicle look like if it could walk and, more importantly, would anyone benefit from it?”

And so the Transformers car with legs was born. Hyundai’s Cradle engineers looked at Elevate’s potential use cases:

– They thought it could provide the company’s vision of a future where people have freedom of mobility.

– Elevate could play a role in rural exploration and infrastructure construction.

– Offering disaster relief by enabling rescue teams to reach areas where traditional roads have been compromised.

– It could also offer wheelchair users an easier route for transportation by “climbing” the steps of a house or building.

This car currently represents real food for thought on the future and other types of vehicles useful in some contexts such as those mentioned.

Only the future will tell us if it has inspired anyone and if it will be really useful. I’ll just add that the electric car was actually invented a long time ago. That project then disappeared into thin air.

After a few years, this type of car is erupting and will probably dominate the markets for a long time.

Now if you want to be amazed and discover some goofy things follow my Twitter profile. It will soon become one of the most controversial and crazy Twitter profiles: https://twitter.com/SirNickNite

Did you know that The Italian Nico Nobili – SirNickNite created the first project that explores the technology and artificial intelligence that can be applied to the needs of humans. Creating technological products that adapt, blend, or merge with man. Find out by clicking here: https://sybershel.com/nicos-msyber

I have prepared a super gift for you. Join my Instagram group and receive my free guide: How the Society of the Future Will Be and How Androids and Technology Will Change Humanity. Click on this link and immediately read the file: t.me/sirnicknite