Earlier this century, Elon Musk, the CEO of Tesla, would chuckle helplessly at the slightest mention of BYD.

He remarked that the Chinese EV company was not a rival to Tesla during an interview with Bloomberg News at the time, adding, “Have you seen their car?” He commented that they don’t have a great product.

This year, Tesla was forced to cede its three-year reign as the most well-known manufacturer of electric vehicles to China’s BYD, one of the least famous but also most feared names in the sector.

As a result, it beat Tesla before Volkswagen, Ford, and General Motors, all of which had declared this a public aim. However, while Tesla is well-known around the world, BYD is relatively unknown in international markets.

BYD began as a battery manufacturer but has reached heights since then as its name directs. Executives in the rest of the sector believe that this will soon change and China will play a significant role in the global electric car market. Here is the success story of BYD auto.

BYD Auto, which stands for “Build Your Dreams,” is one of the world’s major automakers. It is the vehicle division of the BYD corporation. Wang Chuanfu established the automotive behemoth in 2003.

The company is well-known for manufacturing electric vehicles, buses, cars, and a variety of battery-powered automobiles. BYD Auto exceeded Tesla in sales to become the world’s leading EV producer.

During the last decade, the company has expanded significantly. Berkshire Hathaway paid $232 million for a substantial share in the company in 2008. BYD Auto has been the world’s leading manufacturer and supplier of electric vehicles (EVs) for some years.

Wang Chuanfu, the company’s creator, is one of the most extraordinary personalities in the history of the automobile market.

FOUNDER — WANG CHUANFU HAD A LIFE OF ADVERSITIES ONE AFTER ANOTHER

On April 8, 1966, Wang Chuanfu was born in Wuwei County, Anhui, China. Anhui was one of China’s poorest provinces at the time. His parents were both farmers. Wang lost both of his parents while he was a teenager.

He consequently lived in poverty while growing up with his siblings. Even though the family battled to make finances meet, they were able to educate themselves. Wang was unable to complete his technical secondary education because of his parent’s tragic death.

He later intended to quit his studies due to frustration. His older brother, on the other hand, pushed him to continue his studies. Wang excelled in school as a child. Wang enrolled in Central South University after graduating from high school.

He was a shy young man with terrible social abilities. Wang, however, developed a different perspective on life and people while he was at the university.

Wang challenged himself and tried hard to improve his personality. He attended the college dance party and quickly became a popular student. Wang pursued higher studies after receiving a bachelor’s degree in chemistry.

Wang got a master’s degree and started working for the government as a researcher. He was elevated to deputy director after only two years. Wang performed admirably throughout his research career.

In his late twenties, he was appointed General Manager of Big Battery Co. Ltd. in Shenzhen. Wang soon decided to start his own firm. 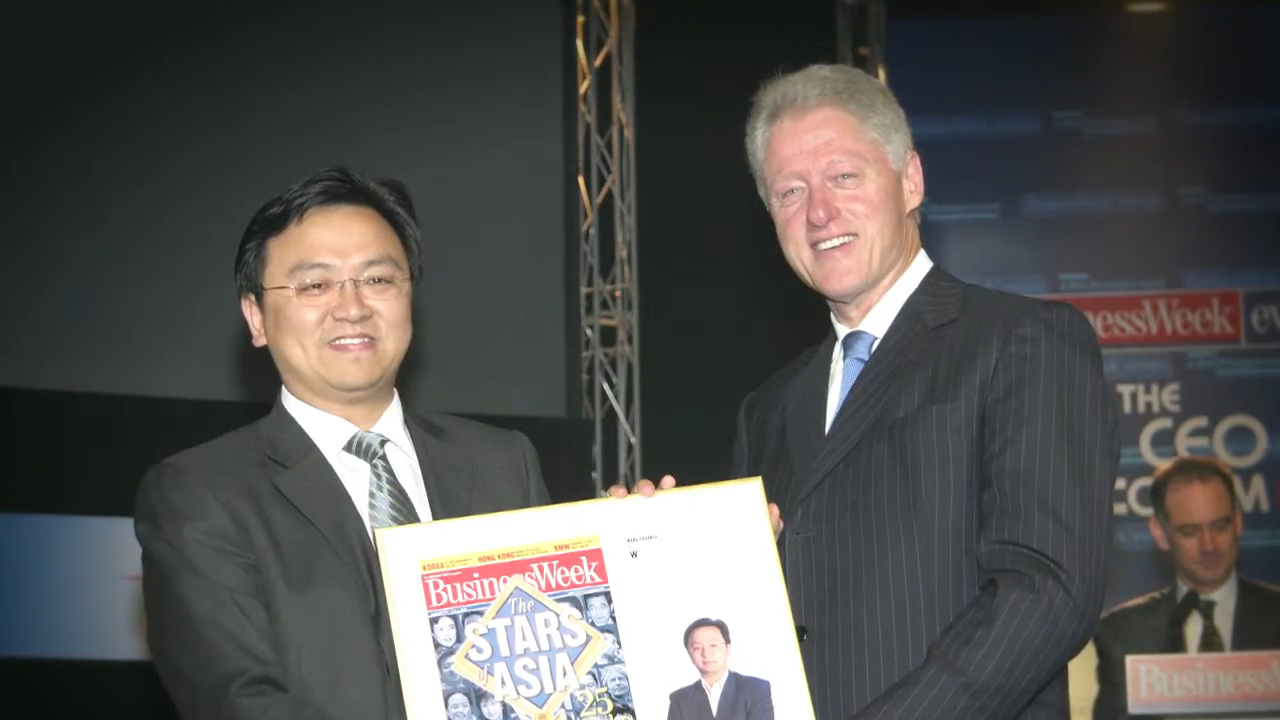 Since batteries and accumulators were Wang’s area of expertise, he had an excellent understanding of the country’s battery manufacturing industry. Nickel-cadmium batteries were quite expensive at the time. Wang saw an opportunity to compete with Japanese battery manufacturers.

He saw potential to do things much better for himself, found a financier in Lv Xiangyang, and proceeded to Shenzhen to start his own business. In 1995, Wang and his cousin Lu Xiangyang founded a manufacturing factory for rechargeable batteries outside of Shenzhen.

Nickel-cadmium batteries were quite expensive at the time. Wang saw an opportunity to compete with Japanese battery manufacturers. He initially struggled to handle the business. Wang lacked the necessary funds and assets to run the business efficiently.

He meticulously controlled all departments. As a result, the company reached annual sales of 100 million yuan within two years. BYD remained true to its principles and core technology throughout the Asian financial crisis.

By the end of the twentieth century, the firm was producing 40% of all nickel-cadmium batteries in the world. Wang founded BYD Auto after achieving success in the battery division. He purchased a wrecked Xi’an Qinchuan Automobile Co. Ltd. and rebuilt it.

When it comes to stealing ideas from Western products, many Chinese businesses have a questionable image. The early years of BYD were no different in this regard.

Wang and his colleagues disassemble Sony or Sanyo batteries, research how they’re put together, and then produce something identical under the BYD brand.

Wang’s refusal to settle for a simple replica, though, sets him apart from many of his Chinese rivals. He invests a lot of time and money in it since he recognizes the value of research and innovation from the beginning.

BYD Auto struggled in its early years to turn a profit. The models of the brand appeared to be identical to those of known automotive companies. As a result, Wang was charged with plagiarism.

Another issue – although the first public offering (IPO) was a success, BYD’s stock price plummeted in January 2003. Why? Because Wang bought Xi’an Qinchuan Automobile Company.

The Board of Directors of BYD Company was dissatisfied with Wang’s decision, especially since these objectives were not disclosed in the prospectus. Some even attempted to threaten Wang.

However, After several failed efforts, BYD Auto eventually made it in 2008. Wang decided to unite the battery technology of BYD Company with that of BYD Auto. The business was successful in producing the first dual-mode plug-in electric vehicle.

As a result, BYD Auto began to acquire traction in the Chinese automotive sector. 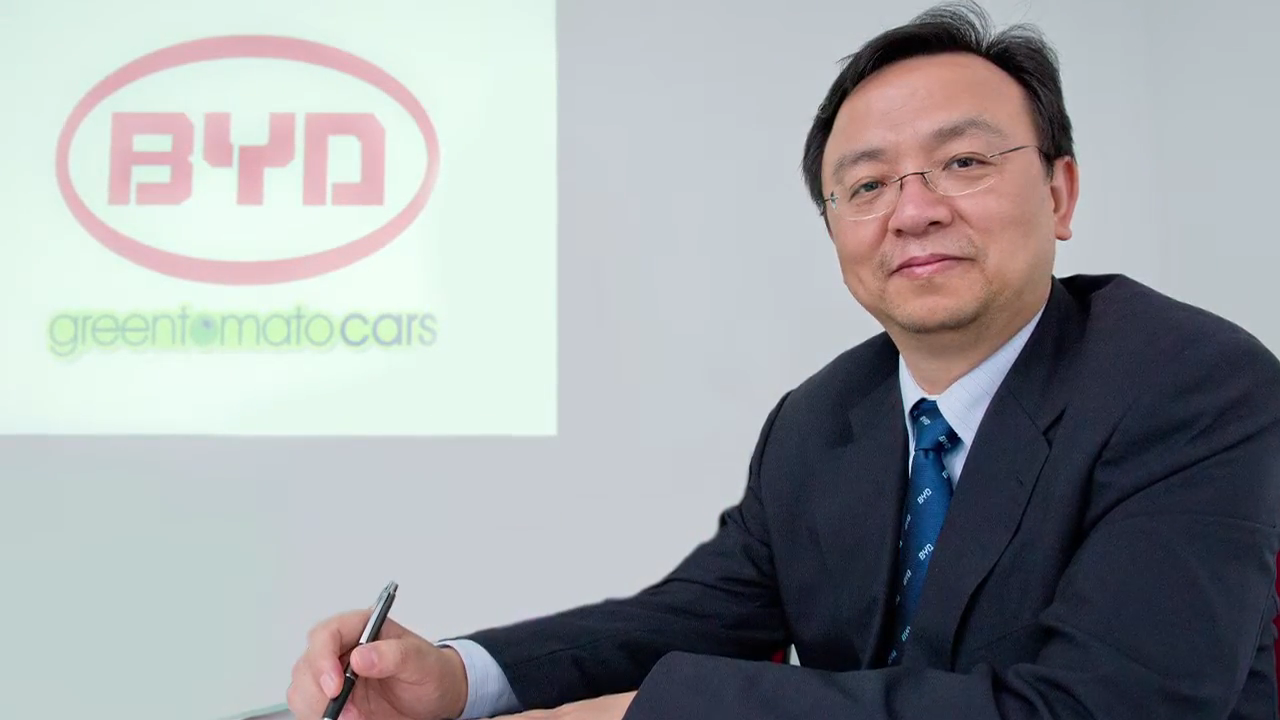 In 2009, BYD sold a total of 448,400 cars, with the BYD F3 being the most popular sedan in China. The same year, BYD started exporting their vehicles to the Middle East, South America, and Africa, where they competed on price rather than quality.

In addition, BYD was ranked first in the 2015 J.D. Power Quality Study. In September 2016, the business overtook Tesla as the third-largest manufacturer of plug-in vehicles.

BYD said in May 2020 that it would begin growing across Europe, beginning with Norway. BYD’s debut will include the BYD Tang as well as a variety of commercial vehicles.

Warren Buffet became interested in BYD’s all-electric vehicle idea in 2008. He thus acquired a 10% share in the business. BYD started exporting to South Africa, South America, and the Middle East in 2009.

In China, the company’s revenues increased significantly during the 2010s. Later, in Beijing, it introduced a variety of sanitation truck styles. BYD Auto began marketing its buses and commercial vehicles in Europe, Australia, and Colombia during the epidemic.

The biggest victory for BYD occurred in June 2022. The business outsold the global auto behemoth, Tesla, in sales. In the first half of 2022, it sold nearly 640,000 EVs. BYD Auto, therefore, rose to fame as the world’s leading EV producer.

— Past is never an excuse. One may stay devastated about their past, wear their misery bag every, and use that as an excuse for not trying. One may learn from their past experiences, use them and get out of the miseries. Poverty, improvisation, losing parents, what didn’t happen to Wang Chuanfu. But he did not let the miseries lead him, instead, he led the misery out of his life.

— Have the courage. The courage to make a big decision and just get started is the key thing you need. Just get started, Small, Big, or slow doesn’t matter. Getting started will lead to roads of innovation and betterment as Wang Chuanfu did.

Wang started by identifying the problem (expensive batteries), then making cheaper batteries from NiCd (Innovation) and the product gave him the success he never imagined.