He Started Out As The Sole Employee Of His Company, To Create Environmentally-friendly Vehicles. This Is The Story Of Rivian’s Founder 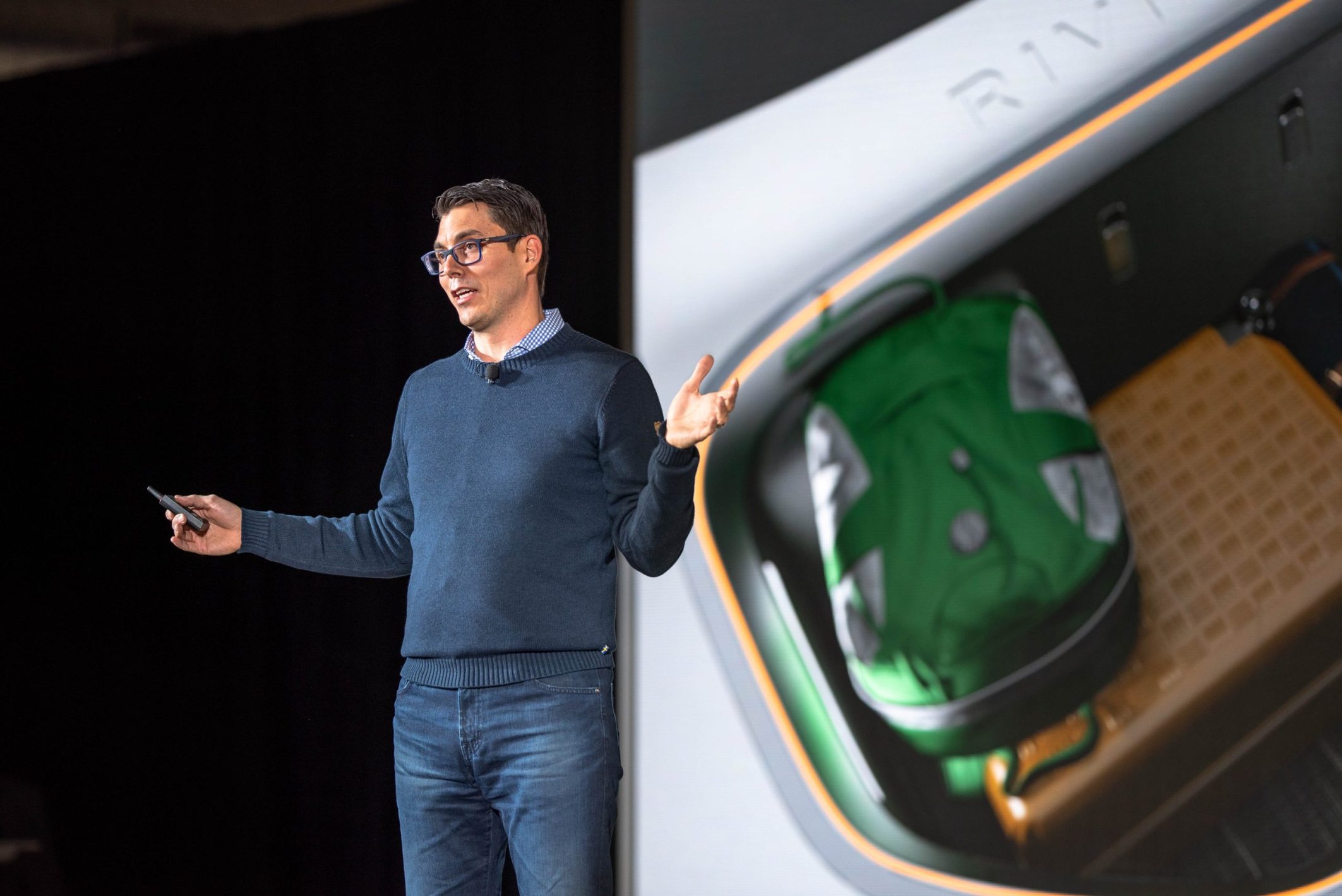 Robert Scaringe’s estimated net worth is around 1 billion dollars. He is the 891st richest person in the world. This is thanks to the automaker Rivian, which produces battery-powered and extremely beautiful vehicles.

His climb had just begun. In the beginning, he designed and built a sporty convertible with a gasoline engine. It was a total failure, but he slowly recovered and continued on.

He succeeded, thanks to two factors. One is the passion he felt for what he was doing. The other is a key principle of entrepreneurial and personal success.

Continue reading, I will explain this part well: a real lesson in life and attitude on work culture.

First, let’s begin with this amazing and motivating story. That is the start of a genius, in an incredible challenge with Elon Musk and his Tesla.

It All Started Thanks to A Porsche 356

Scaringe grew up in Rockledge on Florida’s Space Coast. His father was an engineer. But he wasn’t the one who passed on all this passion for cars to him.

For our hero of this story:

“Nothing is comparable to something that moves” as he called the car as a child.

His passion for four wheels began as a teenager. He liked to use workshop tools, mainly to help his neighbor repair a Porsche 356 in his garage in Melbourne, Florida.

He came up with the idea of building his own vehicle brand at the age of 18.

Beginning with his education: Robert graduated in mechanical engineering from Rensselaer Polytechnic Institute (Troy, New York). He specialized in science and technology.

He got his doctorate in mechanical engineering from the Sloan Automotive Lab of the Massachusetts Institute of Technology (MIT).

He came back to Rockledge, Florida, and started a company. That was his dream. With few resources and himself, the only employee.

“My favorite model was a Speedster at the end of the fifties.”

He believed that would be easy. Unfortunately, the first project was completely wrong

In 2009 he developed a sports coupe with a heat engine, similar to Tesla’s electric Roadster. Thus Rivian Automotive is born

Within a couple of years he was forced to abandon that idea: 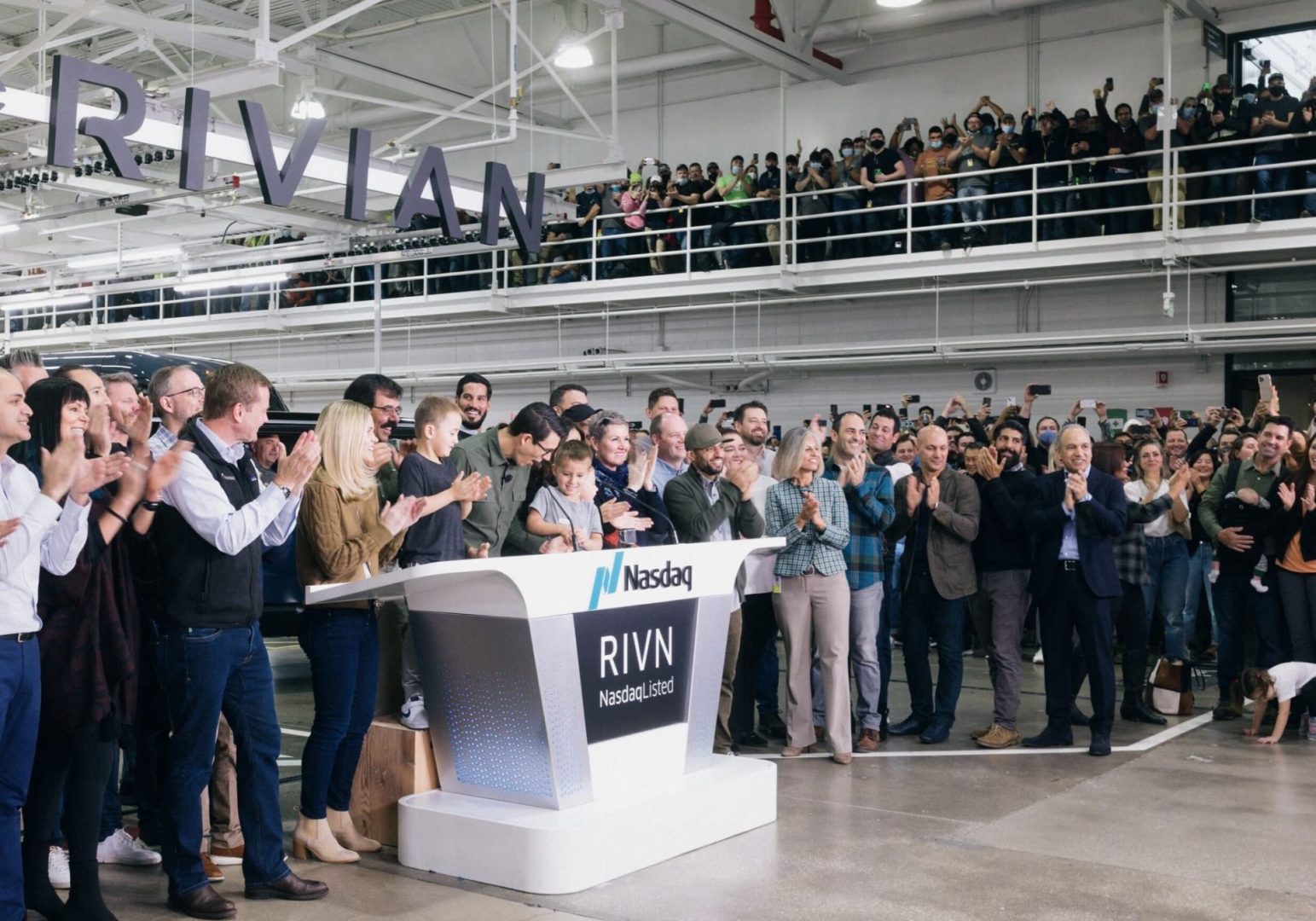 After Bankruptcy, An Electric Car Worthy of Challenging Tesla is Born

Scaringe and his team of twenty designers and engineers worked hard for about twelve years before getting his electric car company off the ground.

“During this time we have perfected the development of the technology and then formed a team of engineers and designers to match.”

It is the two of them who helped him get through a difficult, dark period. Two shoulders and two brilliant minds.

Today, it is a company that a lot of investors and experts are betting on.

Rivian now employs over a thousand people, half in its engineering center in Plymouth, Michigan.

The others work at technology centers in San Jose and Irvine, California, some at an engineering facility in the UK, and the newest plant in Normal, Illinois, a former Mitsubishi plant that Rivian acquired in 2017 for $16 million.

“Robert presented the first two vehicles in 2018: the R1T pickup and the R1S SUV”.

In 2019, the company announced the addition of its Amazon van to its fleet of vehicles.

The Rivian is often nicknamed the “Tesla of trucks”. One, because, as I said, it is a worthy rival, and second, it makes very sturdy and heavy-duty vehicles. A little American in fact. In Europe, for example, SUVs have started to go out of fashion in recent years, nowadays, they like smaller cars. 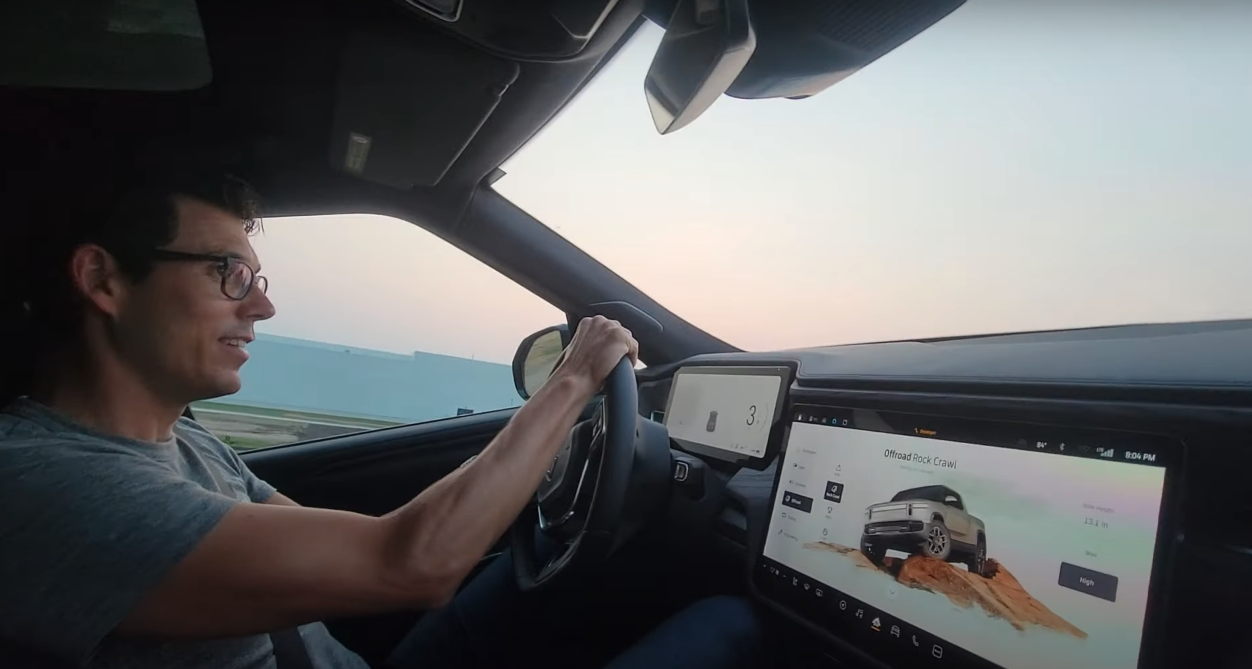 On November 10, 2021, Rivian went public in New York. It was considered by operators to be the seventh-largest American IPO of all time.

Do What Has Worked Historically

Well, today Robert can say that he has obtained the dream he had as a child.

There aren’t many people who can say the same thing. Even if they are smaller projects. Not necessarily stellar companies like what Rivian is today.

Whether you are a freelancer (engineer lawyer), an entrepreneur, a small trader, or an employee who wants to start a new career, you must never lose sight of this principle.

In Robert’s own words:

“You have to do what the world needs”

Today we tend to want to realize our dreams despite the real needs that the market or customers ask of us.

For example, working as an influencer with Instagram, Facebook, or TikTok. I have nothing against it. In fact, there are a lot of interesting people on those platforms and they make big money.

But, the desire to break through on those social media isn’t far from the users they become as customers. What you do on them must also respond to what users want.

If they want fun and laughter, that is what you have to give them. If they request a topic you can’t start making videos on a topic that everyone ignores.

Robert Scaringe realized this mistake. He had to fail to figure it out.
He learned his lesson and…

Instead of building heat-engine cars in 2009, he started experimenting with electric cars and came onto the market at a time when demand for these vehicles was exploding.

A lesson that I also learned the hard way by failing with several projects, before arriving at the ones that worked. By the way, let me introduce myself: I am an Italian entrepreneur almost a millionaire … This is me below … 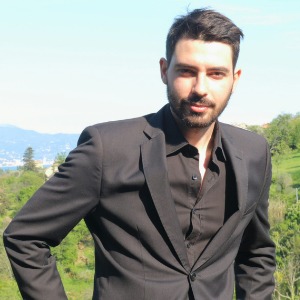 🎁 I have prepared a free Gift for you. Join my Telegram group and receive my free guide: How Androids and Technology Will Change Humanity and The Future of Society. Click on this link and get the free guide now: t.me/sirnicknite