The Legacy Of Brian Armstrong, The Solution Hero Of Cryptocurrency. 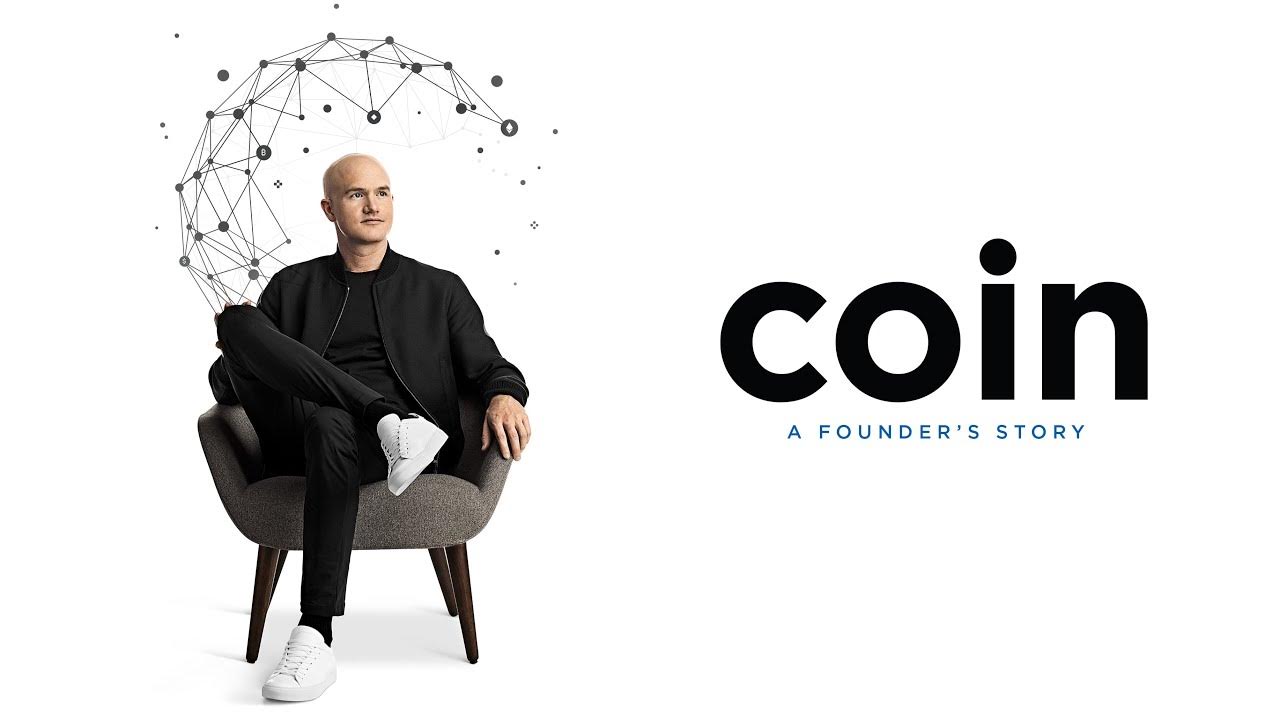 “If you cannot withstand a bit of disappointment, why even try?”

These words probably run around the head of most billionaires today, and despite their failures on their way to the top, they never gave up.

Just like other successful CEOs, Brian Armstrong has a similar vision. He wanted to make life easier for the global financial system.

Today, Coinbase is not just one of the world’s leading digital currency platforms. It is also one of the easiest platforms to trade.

The big question is- How was Brian Armstrong able to uphold his vision and still ended up being a self-made billionaire? If you keep reading, I will reveal to you Brain Armstrong’s vision and how he became a Forbes-recognized billionaire.

THE YOUNG BRIAN ARMSTRONG: WAS HE ALWAYS A BILLIONAIRE?

Brian Armstrong woke up like every other little boy whose parents were engineers. He was born on January 25th,1983, in San Jose, California.

At a very young age, Brian Armstrong started showing interest in technology. The reason behind this was not rocket science, being a little boy growing up in the house of engineers.

However, his interest in technology grew beyond most people’s expectations when he started learning Java and CSS during his spare time in high school.

His peers would have felt intimidated, but this didn’t bother Brian as he began designing a website for a local business and earned money with his skill.

In 2005, Brian Armstrong graduated from Rice University with a double major in Computer science and Economics after his admission to the school in 2001.

It could be perceived that Brian enjoyed creating and designing websites. This is true as he takes his craft to another level.

Since a young age, Brian didn’t just enjoy creating; he also used his creations to solve problems. As a University student, he knew what a student needed the most, and he decided to solve the problem.

During his University days, Brian co-founded a personal website called, UniversityTutors.com with John Nelson. The purpose of this website was to help students meet with tutors that could help them academically.

Yes, that’s right. Brian was already a CEO when he was at the University. Although, this did not stop him from behaving like a regular student.

He interned at IBM, San Jose, where he used his knowledge in Java to design Java tools NAS (Network Attached Storage) devices.

Brian Armstrong did not adopt the “dropping out of school” hobby like most billionaires. He went on to obtain his master’s degree at Rice University in 2006.

At first, it did not look like Brian was determined to make a lot of money. Of course, he started making a few bucks off his skill and website, but Brian was more determined to solve societal problems.

His determination led him to search for opportunities where he could invest his skill and accumulate more knowledge and experience.

This quest put him on a flight to Buenos Aires, Argentina, where he spent one year. He also worked at Deloitte and Touche as an Enterprise Risk Management Consultant.

After his exploration, he returned to his business as the CEO of UniversityTutors. Where he continued making interactions between students and tutors easier.

While everyone might view Brian Armstrong as a nerd that keeps jumping from various projects, it seemed Brian had a much bigger plan. What was it?

WHAT WAS BRIAN ARMSTRONG’S BIG IDEA?

Did Brian Armstrong have a big idea? Or was he just a nerd that enjoyed jumping around?

Just when we thought his adventures were over, he jumped again. Brian Armstrong started working at Airbnb as a software engineer in 2011.

It was not unusual that Brian had decided to be an engineer like his parents. It was unusual Brian Armstrong was still the CEO of UniversityTutors at that time.

It shouldn’t surprise you that just when we thought Brian was finally settling, he did his thing again. Yes, Brian stopped working with Airbnb after a year of service.

At this point, no one knew what Brian wanted. Little did they know that the legendary journey of Brian Armstrong had just begun.

THE BIRTH OF COINBASE

During Brian Armstrong’s adventures, he became familiar with the Bitcoin Empire in 2010. Due to his academic backing and the experiences he had acquired, he had all he needed to start his own tech company.

Brian Armstrong did not miss the opportunity, and in July 2011, he co-founded CoinBase with Fred Ehrsam.

“We started 2012 with the radical idea that anyone, anywhere, should be able to easily and securely send and receive Bitcoin.”

Brian’s solution-finding nature and his early acquaintance with the crypto space allowed him to see he could take advantage of a new form of decentralized money.

He decided to create Coinbase, a platform that allows users to trade Cryptocurrency.

Accepting Coinbase into a start-up accelerator known as Y COMBINATOR a few months after it launched was not a surprise judging from Brian’s intellectual caliber. Coinbase was then funded with $150,000 to enhance its activities.

Due to the exposure Coinbase got from Y COMBINATOR, it was recognized as the most trustworthy brand in the crypto world.

It was a big deal for the start-up brand, and the development of the brand started growing at a fast pace.

– Coinbase daily signups increased by 20%, a development that attracted a lot of investors.

Brian Armstrong is known to be a calculating young man, and the run of his startup did not come as a surprise.

However, you cannot always be perfect, and this was the same case for Coinbase, just as they had started enjoying their long-awaited success.

COULD THEY WITHSTAND THE CHALLENGE OF COINBASE?

As Coinbase had started to dominate, it suffered a series of criticism that was threatening all exchange platforms in the US.

There were rising reports of cryptocurrencies being used for various criminal activities. The cases kept coming, and they were a threat to all cryptocurrency exchange platforms, Coinbase being no exception.

Coinbase’s fate began to look blurry as some of its competitors could not escape the scandal.

Fortunately, Coinbase was able to survive these challenging times. Not only did Coinbase survive, but it also came out stronger.

In 2017, cryptocurrency started running wild, and Bitcoin kept on rising. Guess who benefitted from this development? Yes, Coinbase.

Just as the initial vision of Brian Armstrong, Coinbase made the transaction of Bitcoin purchases easy enough that anyone with basic crypto knowledge could use it.

Over the years, Coinbase continued to acquire and develop projects like Coinbase Pro, Coinbase Prime, and Coinbase Commerce, among many others.

During the pandemic years, the company adopted a remote system of operation, and to date, Coinbase has no recognized headquarters.

“I wanted the world to have a global, open financial system that draws innovation and freedom.”

Coinbase now has 73 million users, and as of last year, its revenue was $4.03 billion. It is safe to say Brian’s vision came true.

Brian Armstrong has always believed in the necessity of economic freedom, and he continues to aim at making cryptocurrency as accessible as possible.

The principle of providing solutions when needed, coupled with his taste for adventures, gave him a multi-billion-dollar vision.

You might be thinking about how his principles are the deciding factor of his success.

– The priority of his dream was to provide a solution. The world develops every day, and with this comes new challenges.

Once you picture how you can use your vision to solve these challenges, the rest comes easier.

– He was determined despite the trials. When you attain the height of success, you will face scary challenges. Determination makes you stand firm.

– Brian was adventurous. When you are adventurous, you would be ready to make mistakes and learn new things. It is key to becoming a great person.

– He was different. Sometimes, it is a good thing to stand out in a good way.

You are never too young or old for achievements, so keep going.

– Despite the threatening situation that Brian’s company faced, it came out stronger. The journey might be hard for you, but in the end, it will make you stronger, so face it.

According to Forbes, Brian Armstrong is a cryptocurrency self-made billionaire worth $2.8 billion.

Brian Armstrong’s solution-providing nature did not stop at Coinbase. He is also a philanthropist like most billionaires.

– In 2018, he signed a pledge to give away a large percentage of his acquired wealth to charity.
– He also developed a crypto program that allows people to anonymously make donations for the poor.

Brian Armstrong should be listed as a marvel superhero because he is sure good at what he does.