He Is (And Has Been) The Key Man In Amazon's Growth But Has Never Studied Programming. Now He Will Have To Run It Without Bezos 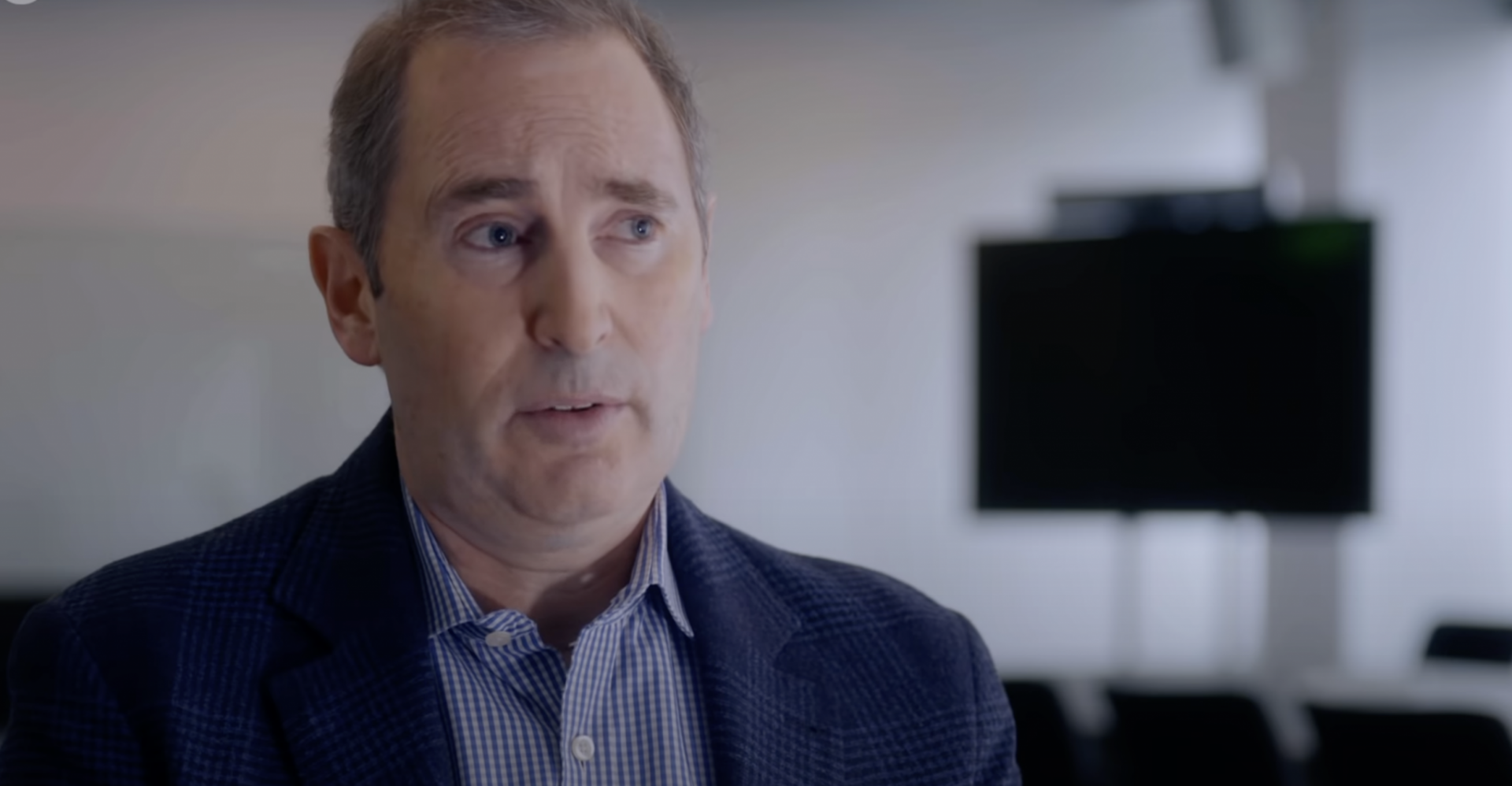 Today Andy Jassy, married to a stylist, and a father of two, is Amazon’s second-largest shareholder after Jeff Bezos, although his stake is less than 1%. In 2021, he became the most famous e-commerce CEO in the world, replacing its founder.

But how did Jassy get up there? He didn’t even know how to program. The takeover was not easy but he inherited the management of one of the most powerful companies in the world.

He did have personal ability, a trait like Bezos and other entrepreneur geniuses. As you can see it can be a gift to anyone in their work that helps to make their way.

Continue reading and later on, I will analyze this aspect that will help us understand what Andy Jassy is made of.

HE STARTED IN PUBLIC RELATIONS

Jassy was born in New York in 1966 to Jewish parents. The father worked in finance, while the mother was a music teacher. Jassy’s two older brothers joined the world of finance, while the younger one followed in his mother’s footsteps by becoming a musician.

After graduating from Horace Mann School, Jassy enrolled at Harvard to study economics. He has done several internships over the years, including one at Lehman Brothers and one at First Boston.

In 1995, Jassy met Jeff Bezos, who had just founded Amazon. The meeting took place during an event organized by Harvard Business School. Bezos needed someone to handle investor relations and Jassy was the right person.

Jassy started working for Amazon in 1997 and hasn’t stopped since. He initially dealt with public relations, but then began to work more and more closely with Bezos.

In 2002 Jassy founded Amazon Web Services (AWS), Amazon’s cloud computing service. AWS is a significant source of income for the company and has grown exponentially over the years.

He proposed it at a meeting at Jeff Bezos’ home, along with other company executives. An intuition that turned out to be spot on, as was the right attitude of those who listened to it.

In 2013 AWS generated $4.6 billion in revenue, while in 2018, revenue was $ 25.7 billion. AWS is one of the most popular cloud computing platforms in the world today and enables thousands of companies to leverage Amazon’s services.

Jassy has always worked closely with Bezos and became Amazon’s CEO in 2021, replacing the founder.

WHEN HE HIT BEZOS IN THE HEAD ON A BROOMBALL COURT

In 1997, Amazon employees organized a game with unorthodox tools, taken from a vice president’s garage.

Among them was the kayak paddle with which a new hire named Andy Jassy hit Jeff Bezos in the head.

Bezos feared he had lost a tooth, but fortunately, it was just a hematoma. Jassy was fired, but Bezos got him back after a few days.

“That’s not how we do things here,” Bezos told Jassy when he took it back. “Here we always try to be kind and cooperative.”

Jassy was the second employee hired by Amazon and today is the CEO of the company.

Jassy has personal assets estimated at $1.96 billion. Most of his assets are Amazon stock, but he also owns real estate and investments in other companies.

RISK OF BLOWING THE POSITION OF CEO 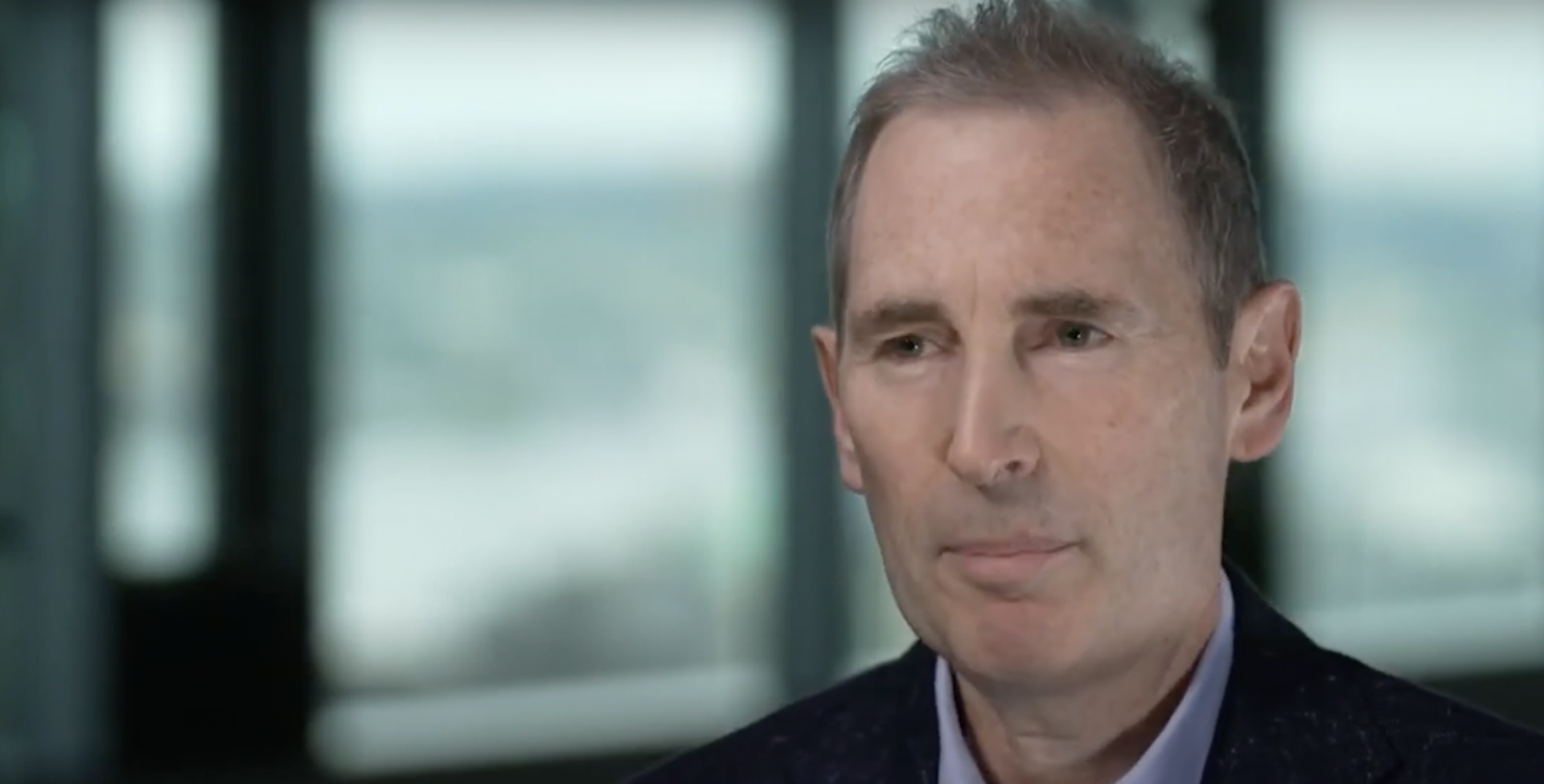 For a long time, the race for the successor of Jeff Bezos was between Jassy and Jeff Wilke (CEO of the worldwide consumer division).

The duel was resolved in August 2020, when Wilke surprisingly announced plans to retire in early 2021.
Insiders believe Wilke’s decision came after Bezos let him know he intended to shift the focus from the US overseas, where Amazon’s growth is concentrated.

According to Bloomberg, some investors have begun to suspect Bezos favoring Jassy as his successor and that Wilke’s decision had been a bit forced.

WHEN YOU HAVE IT, YOU ARE A STEP AHEAD: INTUITION

Andy Jassy is a self-made man who has been able to seize the opportunity to work for Jeff Bezos and Amazon from the very beginning.

Jassy has a bachelor’s degree in business administration from Harvard Business School and began his career as a consultant at Bain & Company.

In 1997, Jassy moved to Seattle to work for Amazon. AWS was Jassy’s intuition. But what is intuition?

– Intuition is a skill that allows you to perceive things differently from others.

– It is a way of thinking that goes beyond logic and allows you to see things in a new, original and creative way.

– Insights are generally the result of an unconscious and instinctive process that leads to the solution of a problem.

In Jassy’s case, the intuition was to understand that Amazon could have made a lot more money if it had offered its e-commerce services to other companies as well.

In other words, Jassy sensed that Amazon could monetize its technology infrastructure and thus become a cloud services giant.

To have insights, and take them to fruition, is a trait that can be developed.

First, you must acquire the ability to see the whole:

Look at the world – and your company – with new eyes, notice the things that others do not see, and think differently from others.

Being able to get out of the details for a moment and understand the whole picture of the situation.
It helped me a lot to watch thriller movies where you use a lot of logic and often during the film you have to look at the situation as a whole to understand who the killer is or where he is or how he did it.

Then to have excellent insights you need to take time to reflect.
REFLECT, an operation that people who run all day have stopped doing.

Reflecting helps a lot to have insights.

A few years ago I read this interesting interview with Steve Jobs:
“What did you do all the time you weren’t working?” they asked him.
And he replied, “I walked.”

Think about it, if you reflect on things as you do them, you probably won’t do them well.
And if you do them and then rethink them later, you can better understand how to improve them.