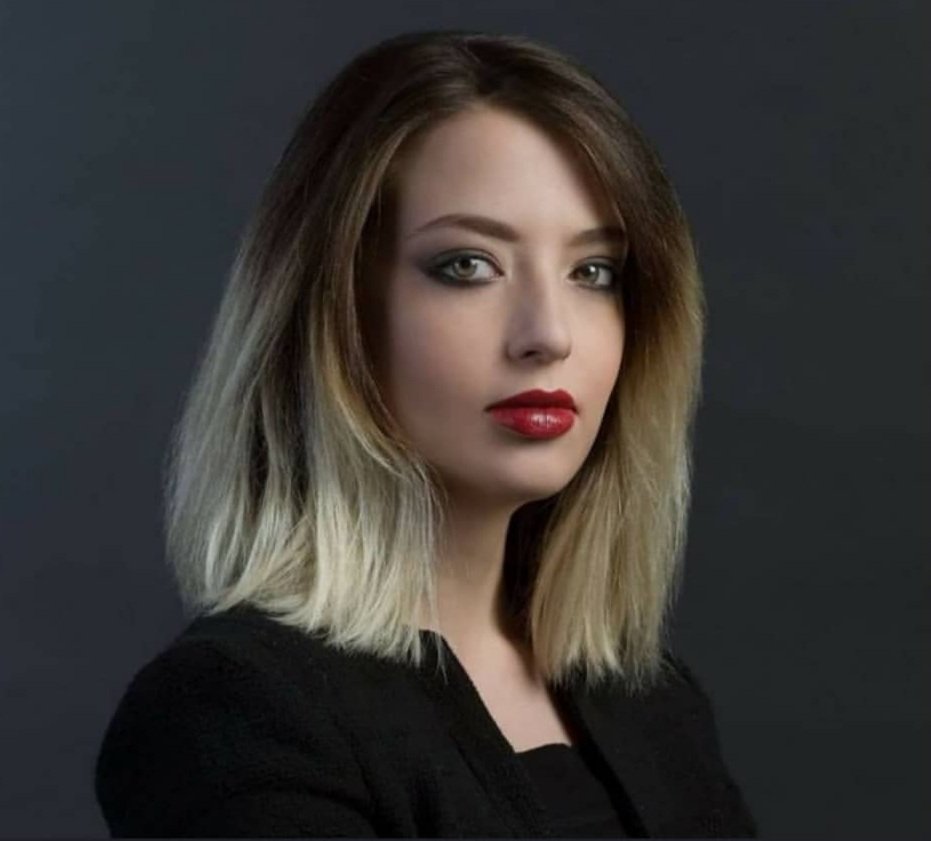 Amelia Tomasicchio is one of the youngest editors-in-chief in Italy. She is also the co-founder of the same magazine, the Cryptonomist. She dreamed of being a screenwriter when entered the world of crypto.

Today she is considered among the most influential women in the blockchain industry according to Wirex.

Making her way into this new world was not easy for her, the prejudices against women in my country, Italy, are numerous.

For some companies, the law requires you to have non-

discriminatory positions: that are occupied by women.

Despite this, she has achieved great success. Her magazine has an amazing following of readers who realize its importance. This is where they read news and advice on cryptocurrencies such as Bitcoin.

Her experience is extraordinary in three respects: it speaks of …

A woman in the world of finance. She embraced crypto when it was still unknown. Neither Amelia nor her family had finance in their DNA.

Today she is a co-founder and editors-in-chief of the Cryptonomist, a newspaper online reference point for blockchain and cryptocurrency experts. Because it collects all the latest news with about fifteen articles a day.

Amelia is originally from southern Italy. A part of Italy where the sea is breathtaking and the people of that area are affectionate, warm, and welcoming.

Her personality and cultural background would have made her an excellent actress or screenwriter, which is what she wanted to do.

The world of art influenced her formative years.

“Before she did her studies in Arts and Performing Sciences at the La Sapienza University of Rome in 2015, she did a college thesis on bitcoin technology and decided to completely change her path to studying marketing”.

She then moved from Rome to Milan and finally to Lugano, where she studied and worked.

She was a contributor to Cointelegraph Uk, and she began to explore the crypto world. She wrote for several American magazines that dealt with new digital coins and blockchain.

“At the time there were very few in the sector so finding work was pretty easy,” said Amelia Tomasicchio.

Then in 2017, she started working for the Swiss company Eidoo, becoming chief marketing officer. An experience that she defined as exciting and stimulating.

She has experienced the explosion of this new financial sector. She watched as it was born and grow in its infancy. She is renowned in crypto because of this.

Thanks to this whirlwind of emotions, and the experience she had in that new phase, she was passionate about marketing and had a brilliant idea … 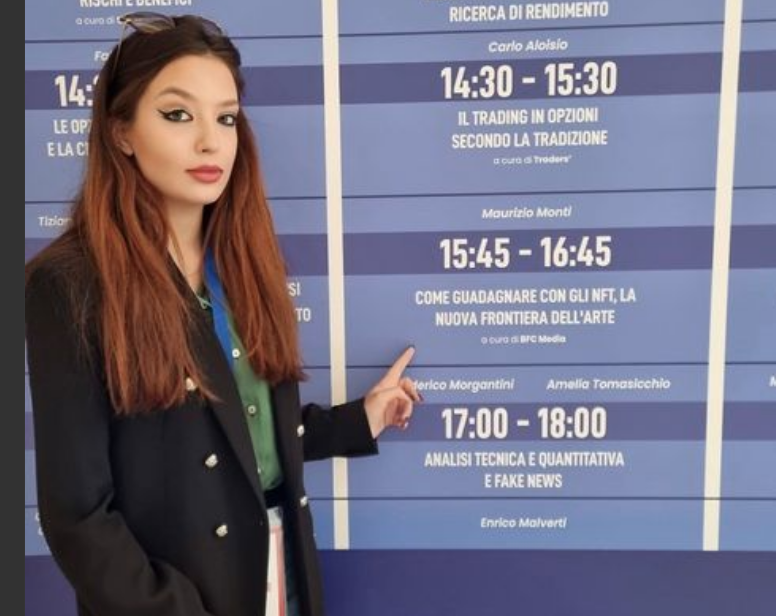 The Wall Street Journal of Cryptocurrency is Born

In 2017 when crypto media was launched she decided to found a magazine.

She was not afraid to launch herself into such a strange, new venture, and into a world where women were the minority.

She could have been put off by all these stereotypes, instead, she was filled with conviction.

Like women soccer players, it is normal today. I have more than one friend who plays football.

But just go back 30 years and a woman was seen differently if she played this sport. As it was a male-dominated sport.

Now, I’m not saying in the financial sector or even in business, there are cultural prejudices. Absolutely not, there are so many talented female entrepreneurs.

However, there are still those who don’t respect women in authority (look at politics and the few nations with female premieres) especially as pioneers in certain jobs.

But, Amelia Tomasicchio was determined and tenacious.

The Cryptonomist tells everything that happens globally in relation to digital currencies. It helps a lot of new traders and investors ( many of them men) to understand their point of view with Bitcoin, Cardano, Dogecoin, and other cryptocurrencies.

“When I started, in 2015, I often talked about bitcoin with people of all kinds and no one had the slightest idea what it was yet”.

“Over the years, I have observed a greater awareness of this trend, which has not always translated into greater expertise”.

She decided to make this information available, and the Cryptonomist was conceived.

She is now considered among the most influential women in the blockchain industry. Hailed by Wirex, in 2020 in collaboration with The Fintech Times in a compiled ranking of 367 women active in the sector.

Amelia is already writing her first book which is about to come out. Naturally, it’s about blockchain marketing.

She has felt from the beginning:

“The Cryptonomist is growing – she explained – and we are planning several new features for the website. I also have many NFT projects in store, starting with an exhibition that should be held in October “.

I want to share the philosophy of this innovative woman in her own words:

“If someone offers you an extraordinary opportunity but you are not sure you can do it, say yes. You will learn later ‘”.

This is what she did, she went with the flow.

She needed a job: she accepted what she found without preconceptions and without fear of succeeding.

She was practical in her realization that a degree in show business would not offer many job opportunities.

“My dream was to be a screenwriter, but in the world of cinema, unfortunately, if you don’t have connections, you can’t go on. I approached digital currencies by accident” explained Amelia.

Her boyfriend had an office next to a company that dealt with Bitcoin. She immediately found work and became passionate about something she never dreamed would become so big.

She didn’t know the crypto sector until she got involved

As I’ve said: she followed the flow of opportunity and life has given her a lot of successt.

1 – Do not get stuck in what your life should be. It makes you rigid with respect to the opportunities that life offers you.

2 – Face new opportunities with an open mind and without prejudice

3 – Trust those in that sector who know more than you and learn: for example your boss or a colleague.

Amelia created the Cryptonomist with the founder of the startup Eidoo, where she had worked for the previous two years as marketing director.

Today it has fifteen editors that produce about fifteen news items a day. Additional information is published on the site. There is a section called “Wiki” with explanations for those new to this sector.

A sector that among other things, is of great interest to my company. Let me introduce myself I am an almost millionaire Italian entrepreneur. Who has made the decision to invest part of my money in Bitcoin … 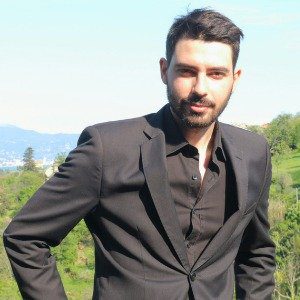 DonIf you want to have some fun, and discover something interesting and stimulating follow my Twitter profile: https://twitter.com/SirNickNite