He Grew Up Sleeping On The Living Room Floor. Today Sundar Pichai Is The Ceo Of Google And Alphabets. 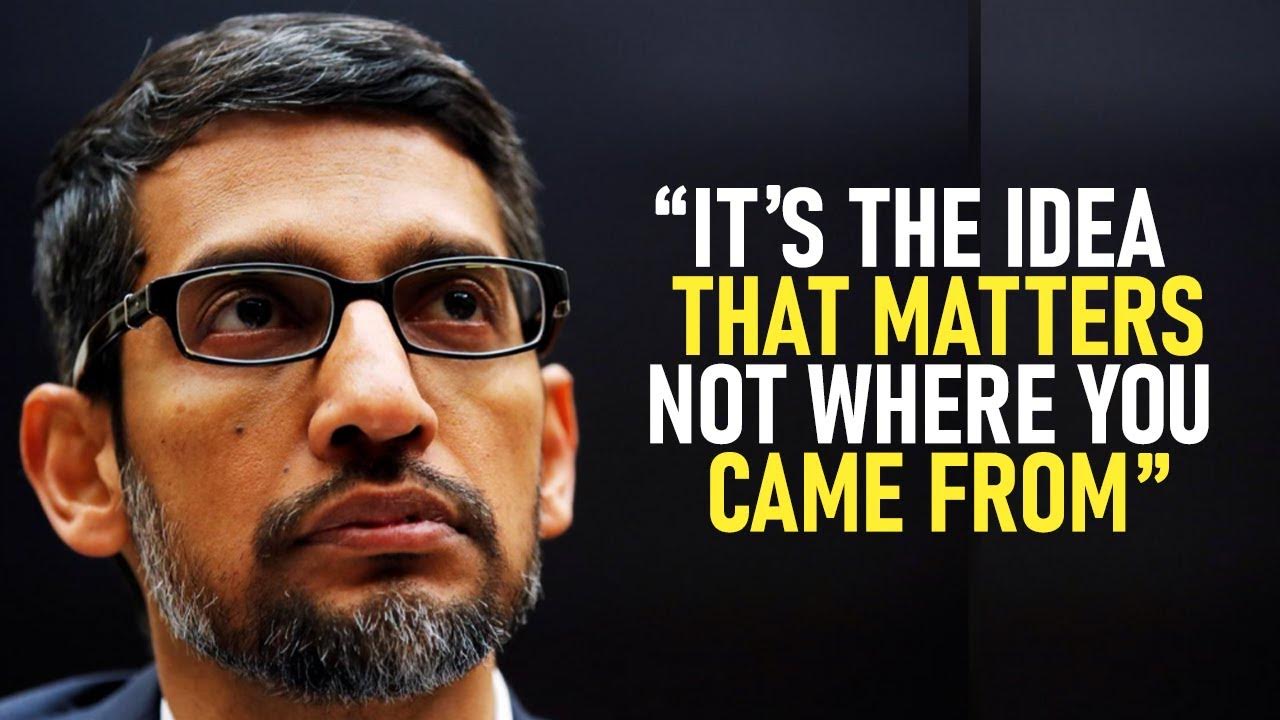 “If you want to aim high enough, you have to be ready to fail a few times. Even if you fail, you would end up doing something great in the process.”

The world was busy as usual, with everyone finding their way to success until suddenly, a piece of breaking news stole the attention of the technology world. Sundar Pichai had officially made it to the top. He was on the successful entrepreneur list.

On August 10, 2015, Google made the headlines when it announced its new CEO, Sundar Pichai, following his successful years of achievements in the company.

Sundar Pichai brought more prestige to India, but he didn’t become a success in the technological world overnight. Why don’t you keep reading? Let me tell you a story of a shy young boy from India who became a world-recognized success.

Pichai Sundararajan was born in Madras, now known as Chennai, India, on the 10th of June 1972. Sundar Pichai belonged to a lower-middle-class family, which limited his accessibility to certain luxuries.

“I grew up in a house with tenants, and I had to sleep on the living room floor.”

He wasn’t living the most luxurious life, but he had something to eat every day and for this little child, that was enough.

He spent nights at his tight-spaced family home in Madras. However, this did not stop him from showing promising intelligence at a very young age.

At age 12, Pichai had his first encounter with technology; when his mother bought a landline telephone. Due to his curiosity at that age, he found himself fascinated by numbers and gradually began memorizing every number dialed on the telephone.

Sundar Pichai discovered he could accurately remember every number dialed on the telephone, and this lit his fire of interest in technology at that young age.

Fortunately for Pichai, his Father, an electrical engineer at the British multinational GEC, made sure Pichai had access to quality education.

The highlights of Sundar Pichai’s education started after acquiring a degree in Metallurgy at the Indian Institute of Technology Kharagpur in 1993, where he won a scholarship to study Engineering and material science at Stanford University, USA.

He decided to stay in the US and worked for Applied Materials, a job he quit in a short period. During this period, he realized the depth of technology and its high potential for future advancement.

Clearly, Pichai was a man that knew what he wanted, and he was focused on walking the path of his success.

He earned his MBA from the Wharton School at the University of Pennsylvania in 2002, and from that moment forward, his career path became his only obsession.

THE TRAGIC START FOR PICHAI 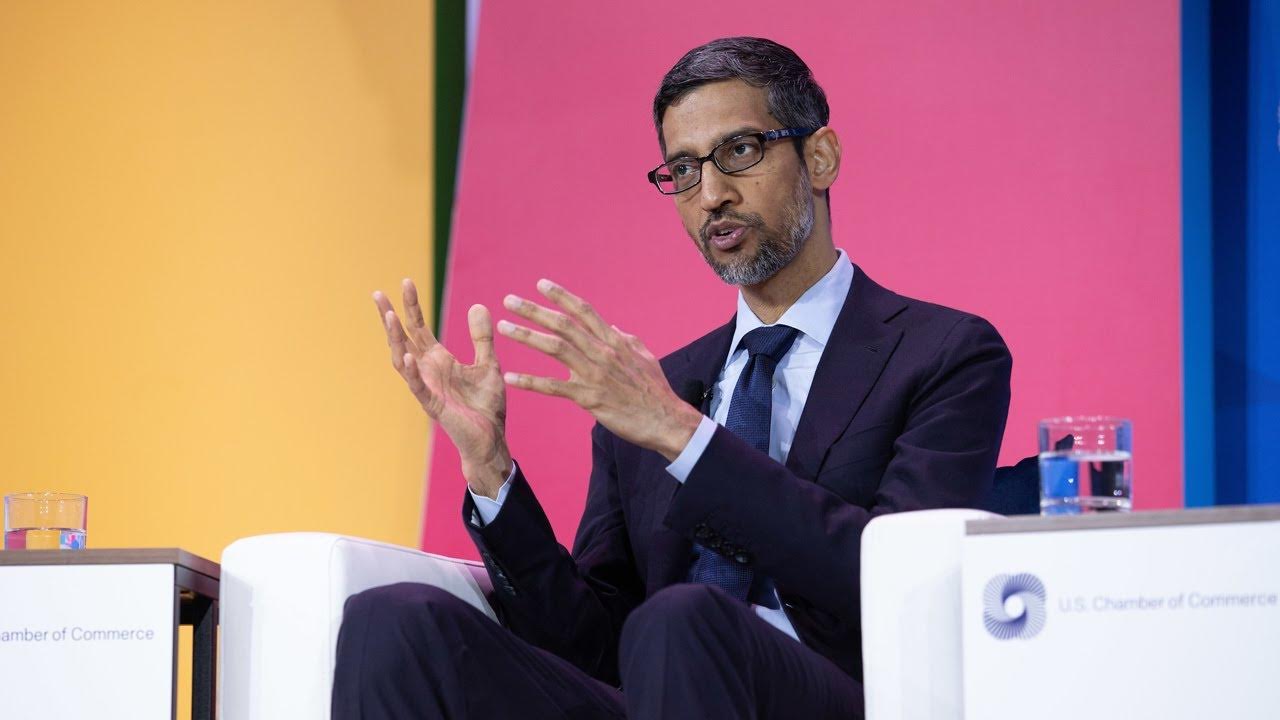 Being intelligent didn’t stop Sundar Pichai from going through the harshness of life. In fact, life wasn’t ready to give Sundar Pichai a warm embrace just yet.

– Sundar Pichai’s family struggled to afford his ticket to the US. Pichai’s father spent the equivalent of a year’s salary so Sundar Pichai could afford a ticket to go study in the US.
– When Sundar Pichai got to America, he claimed the lifestyle was too expensive from what he has been used to, and it was difficult to adapt to the new lifestyle.
– Pichai had always been a shy little boy. He was lonely when he got to the US and missed his friends and family deeply.

Despite his struggles, the only thing that kept Pichai going was his deep passion for technology and open-minded personality. 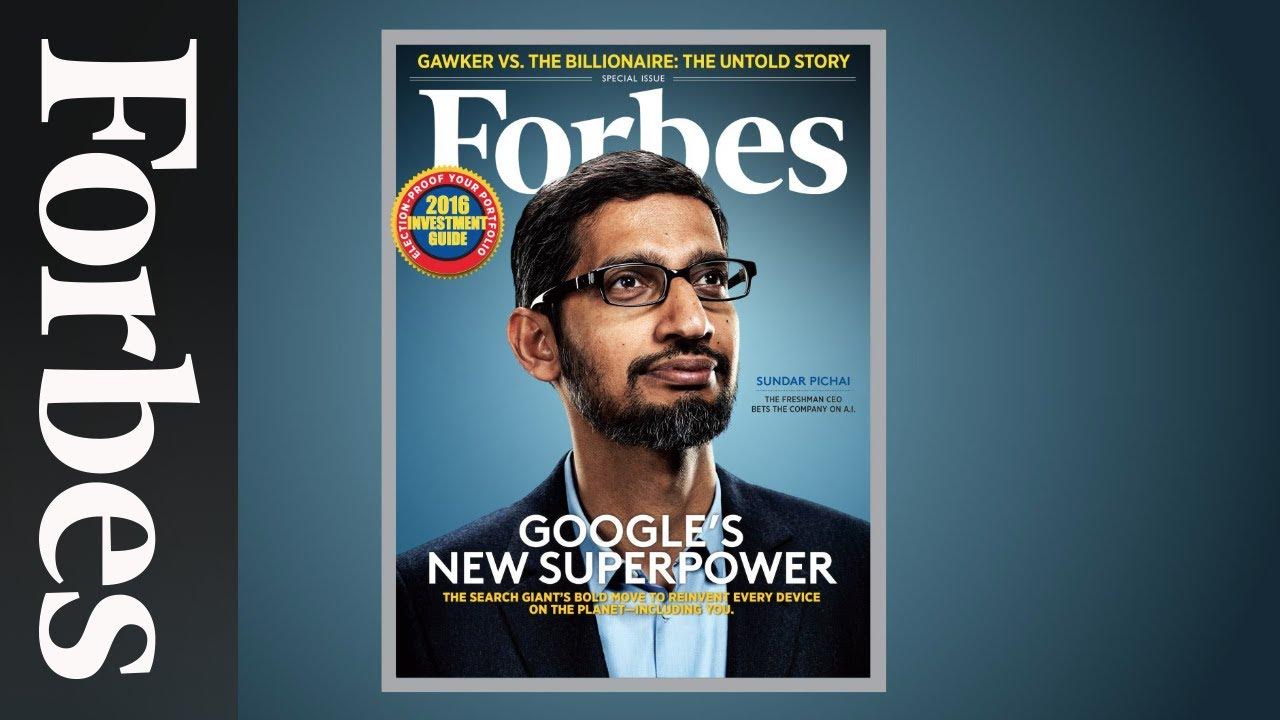 Like every successful journey, the roads are not always blissful and Pichai’s story had no exceptions.

Pichai continued his career at a management consulting firm. However, he left the job again after a short time. He was determined to achieve an extraordinary vision, and when a job didn’t suit this vision, he let go.

Sundar Pichai finally decided to explore the world of technology after being curious about the wonder of the internet. The encounter he had with technology when he was 12 began to take a significant form in his life.

Sundar Pichai never had a vision as far as being as successful as he is today, he just wanted to satisfy his curiosity and attain a comfortable goal. Little did he know life had a better journey for him.

In 2004, Pichai finally started his dream career at Google as the Head of product management and development. The environment was new to him, but as time went out, it rapidly became more familiar to Pichai.

Pichai was outstanding during his time managing the Google Toolbar, where he created easy access to the Google search engine for users of Mozilla, Firefox, and Microsoft Internet Explorer.

After some time, Pichai got a brilliant idea that was rejected at first. He saw a huge potential in this idea and decided to propose it again. Eventually, it got accepted due to his determination.

He proposed the idea of Google having its own browser, an idea that eventually became a successful investment.

The board must have counted themselves lucky to have accepted Pichai’s proposal. They decided to hand Sundar Pichai the steering wheel of the project.

Pichai was directly involved in the management of Chrome, Google’s first browser that was released in the year 2008, and as time passed, surpassed other browsers like Firefox and Internet Explorer.

The success of chrome turned out to be a rocket for Sundar Pichai’s career. He was promoted to the position of Vice President of product development. Pichai never looked back as he went ahead with full efficiency.

In 2012, he became the senior vice president of Google. Pichai was already getting a sneak peek at the limelight due to his frequent involvement in presentations and other public roles.

After 2 years of outstanding work from Pichai, he was promoted to the position of product chief over Google and the Android Smartphone operating system.

Sundar Pichai’s intellectual talent could not stay hidden forever. Top companies like Twitter and Microsoft reached out to him, wanting him to take over as CEO for each company.

While Pichai could have easily accepted any of the attractive offers, he chose loyalty and decided to remain at Google. Google saw his dedication to the company and compensated him with financial benefits for that decision.

In 2015, Google acknowledged Sundar Pichai as the superman of the company and announced him as the CEO of Google. He later went on to be the CEO of Alphabet Inc.

Sundar Pichai is now worth over $1 billion, a reward fit for his strife and dedication. There were lots of circumstances that could have stopped him from reaching where he is today, but he kept on fighting.

The story of his life is packed with a lot of lessons that can guide us through the long journey to success.

– Your future depends on what comes from within you, not your environment. Poor or rich, once you have the determination to succeed, you can do it.

– Life won’t always be fair to you. Do not expect to get lucky, because it does not work that way. You need to see your passion, build on it, and fight for it.

– Be ready to fail a few times. Your first idea might not be a masterpiece, but that does not mean you should give up. It is just a sign that you are getting closer to your goal.

– Be impatient. Do not relax waiting for an opportunity to come to you, because it might never come. You need to always be on the go; take that risk, make that investment, and start that business.

– You would need to leave your comfort zone a few times, just as Sundar Pichai left his friends, family, and lover. Sometimes, to succeed, you need to inhale the air of a new environment. Don’t be scared to leave, be excited about what to expect.

– Lastly, do not ever feel intimidated. Your ideas might get rejected, but that doesn’t mean it’s a bad idea. Be persistent, and believe in yourself. Do not be scared to put your voice out there

Despite the circumstances that surrounded him while growing up and the loneliness he felt after moving to a new Country, Sundar Pichai never lost sight of his goal. He was determined and hardworking; eventually, he earned his reward.

Today, Sundar Pichai is surrounded by loved ones, including his wife and children. He has remained loyal to his country, making various donations to help solve issues around his country.
The little shy boy who slept on the floor turned out to be Sundar Pichai, one of the world’s most important figures.