Story of the “kind dictator”, Python’s father. He invented it as a hobby during a Christmas holiday and today it is used by Google, Facebook and YouTube 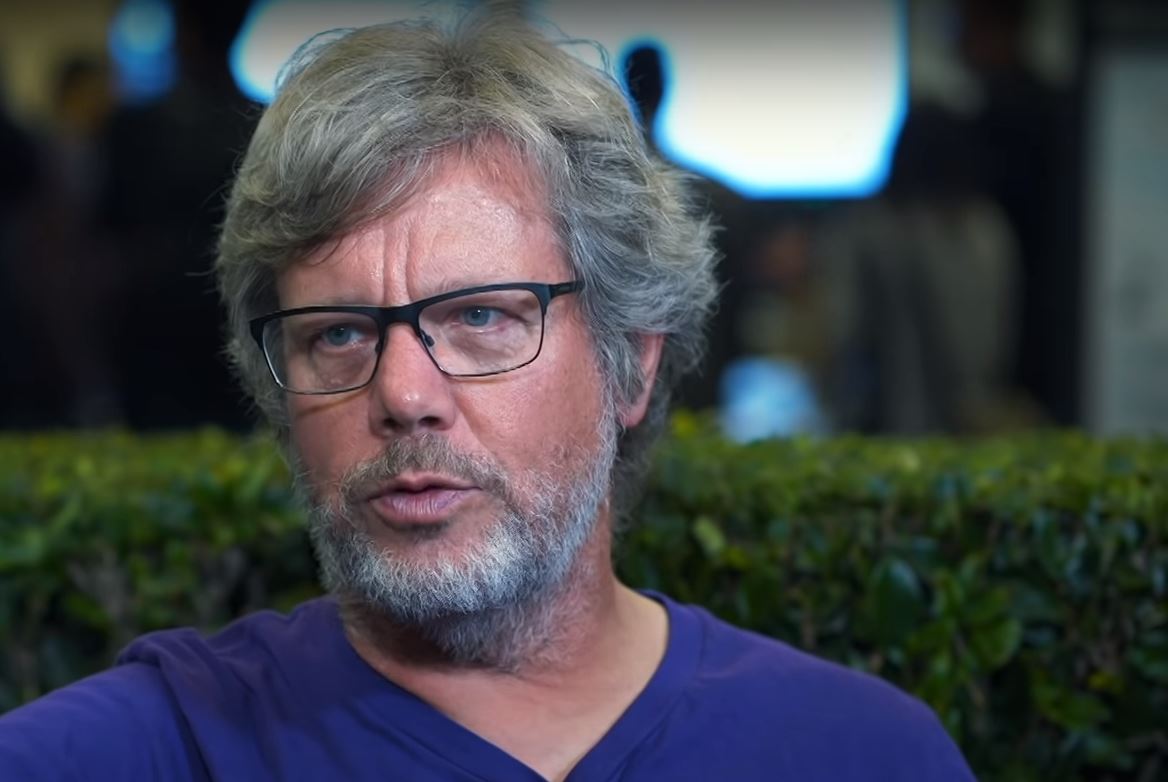 Almost for fun he invented something supersonic. Because Python is a language that makes all the inhabitants of the world speak the same language. Few, however, know the story of the father of programming code which takes its name from the surreal comedy of Monty Python.

He is called Guido Van Rossum. He is a 65-year-old Dutch and computer scientist who has worked for Google and Microsoft. But before he had this divine enlightenment, he was a humble addict.

More than anything else, to work he had collected a series of collaborations for different institutes. A little here and a little there as you do in the beginning when you have your first experiences.

But he has always followed his passion as a programmer. And recently he received a very important award.

There is a reason why his project was successful. It is a great lesson that you can put into practice for everything you do. Even with your family and friends.

Read this story and at the end I will explain this great teaching to you.

It all starts in Amsterdam, the city where he was born and lived the first part of his life when he was already having fun with something unusual…

AS A CHILD HE PLAYED WITH ELECTRICAL CIRCUITS

II guess you (or your kids) as a kid maybe played football, basketball or biking. Or you were passionate about videogames or board games.

This seems normal to me. However, different things are not necessarily wrong.

In fact, Van Rossum was crazy about another unusual activity. For his 10th birthday he received an electronics kit.

And boom; he fell in love with electronics while still in high school.

“He was good at designing circuits rather than soldering. And gradually he began to design more complicated digital circuits and this became his main hobby.”

A small dot of his life that then with the other life experiences will be a fundamental piece. 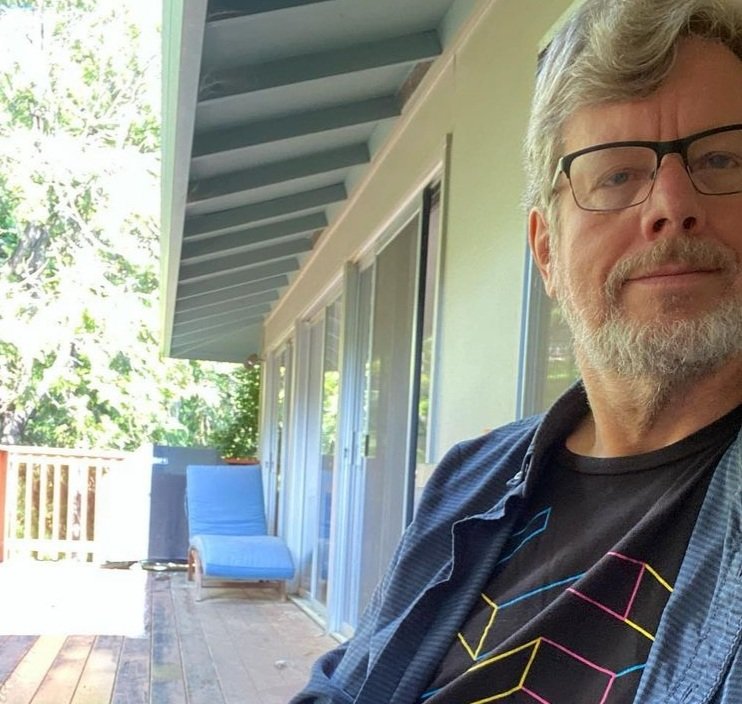 Guido’s father was an architect and his mother trained as a teacher but quit her job after marriage. They belonged to the leftist “Pacifist” and “Labor” parties.

He will probably get the ideals from them. Which gives him the right attitude to carry out the program bomb he created. I will explain later what I mean. He keeps reading because it’s a good story.

Van Rossum attended the University of Amsterdam where he earned a master’s degree in mathematics and computer science in 1982.

And then he starts doing a series of left and right jobs with various research institutes, both in the Netherlands and in the United States.

I would call it the period of the apprenticeship. It often happens that as a new graduate one is forced to accept any type of job without stability and with a minimum salary.

But it will be an important thing for him.

Among his most important collaborations are:

– The US National Institute of Standards and Technology (NIST)

– The Centrum Wiskunde and Informatic (CWI) in the Netherlands.

During his tenure at the CWI in 1986, Van Rossum wrote and contributed to BSD Unix.

And in the mid-1980s, again at CWI, he worked for several years on the ABC system developed by Leo Geurts, Steven Pemberton and Lambert Meertens. One of the first programming codes.

All fundamental pieces that will then lead to the creation of Python.

PYTHON WAS CREATED IN A TRULY ORIGINAL WAY

You know when you have to kill time? When you really don’t know what to do and decide to dedicate a few hours to yourself?

With this spirit Van Rossum created Python. And it is perhaps the best spirit because expectations are zero… and that gives you a huge advantage.

Guido van Rossum first learned to code while studying mathematics at the University of Amsterdam. And as a researcher at the same university.

He had also been working on a new programming language.

Because what existed at the time and named ABC could not meet all the needs of programmers. In fact, then it runs aground …

And even from the ashes of ABC Guido van Rossum developed his new language:

“During the Christmas holidays, he looks for a project to keep himself busy. And so Python was created.”

A new type of language that might have been appealing to experienced hackers, and one cool thing that many people know but I have to tell it is that…

Its name derives from “Monty Phyton Flying Circus”, the well-known satirical television program. That’s all … and there is no other particular reason.

Phyton’s power is that his codes are short and very literal, making him suitable for novice and experienced programmers alike.

In short, Guido manages to play Bingo. To hit the mark without having thought too much about it.

And from here begins his climb to success.

– Guido participates in discussions associated with the ‘HTML’ standard.

– He submitted a funding proposal called “Computer Programming for All” to the “Defense Advanced Research Projects Agency” (DARPA) in 1999. He explains his goals for the “Python” programming language.

– Then he starts serving “Elemental Security”, where he works on a custom programming language.

– And then came the job at the famous American tech multinational 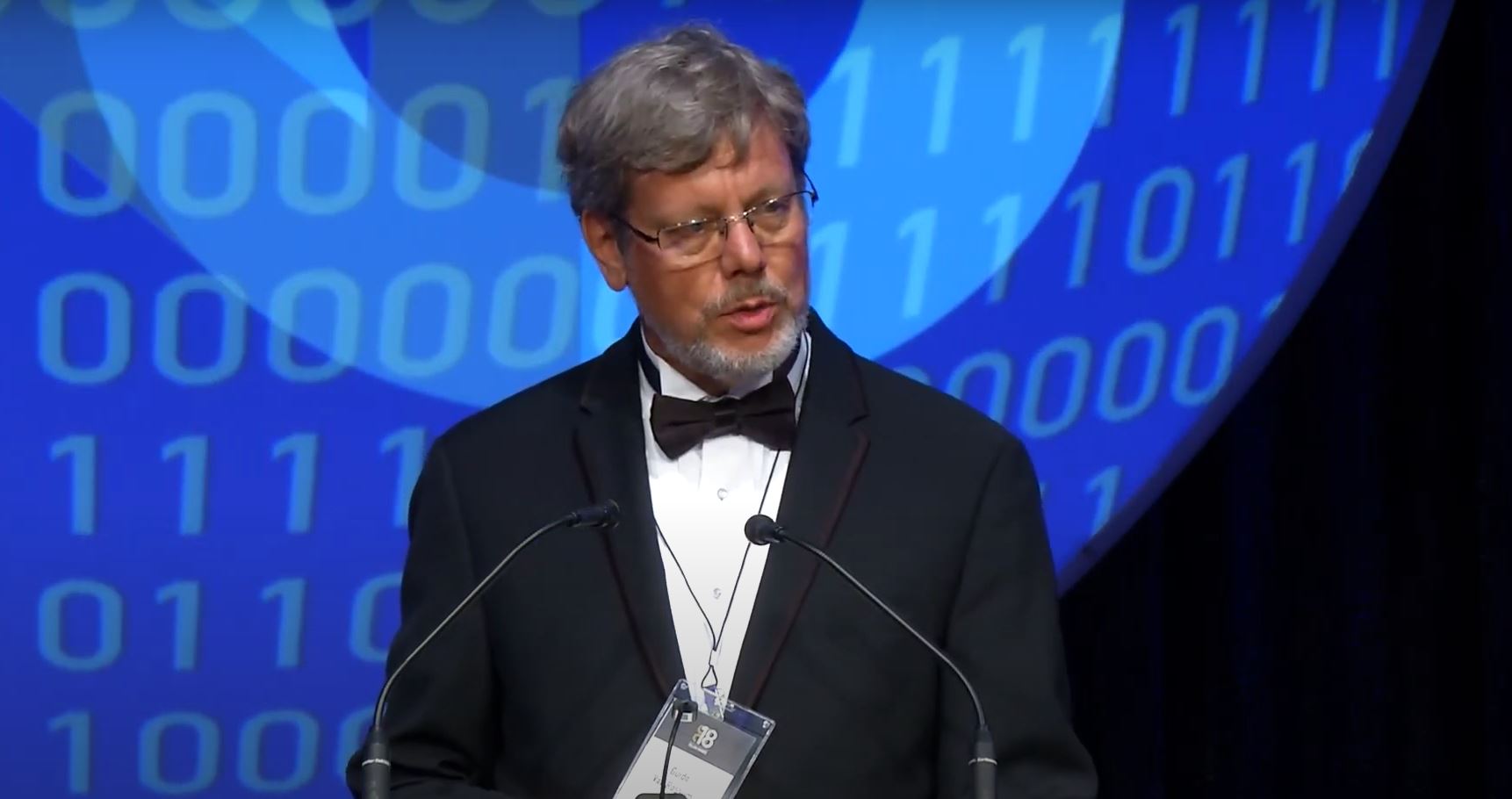 THINK AND ACT TO SATISFY OTHERS

If there is anyone who has made it easier and more affordable for almost everyone to turn an idea into working code, it is Van Rossum in his 30-year history with Python.

To succeed in this enterprise he has always put a principle before everything:

“Prioritizing humans over machines is at the heart of the philosophy behind Python.”

And so it broke into the hearts of users who immediately appreciated it.

And that’s what you should do in all decisions you decide to make. I’m not saying if by any chance you think you have to be a Samaritan friar and give alms.

Rather it is always important to put yourself in the point of view of others. Whether you build a product and therefore always have to think about the customer or if you are a freelancer and are commissioned by someone.

But even if you are a family man or with your girlfriend. Being able to grasp what others want makes you have a conscious choice of how to behave.

Guido applied all this in Python and … first point to deciding that it had to be free and an open source program.

“Open source in computer science means that the software is not protected by copyright and therefore can be freely modified by users.”

This is probably a characteristic of this language that derives from the ideals inherited from his parents: that is solidarity, altruism and attention to the social.

I mean, for you to understand what it was able to do, that today Python is used in thousands of real applications around the world:

– Including Google and Youtube. NASA also uses Python for the development of control systems.

“Python has been an important part of Google from the very beginning and remains so in current systems that are constantly evolving. Today dozens of Google developers use Python and we are always looking for new people who know how to use it “

It is a speech by Peter Norvig, director of search quality at Big G. And this alone seems to me a nice recognition.

Van Rossum also took the benevolent nickname of “kind dictator”. In the sense that he has fully followed the Python development process in the developer community.

However, it was always he who made decisions wherever necessary from his origins in 1991 until 2018, when he resigned from this role.

In 2013 Guido accepted a job at Dropbox, where he completed his career in October 2019. And now he lives in Silicon Valley with his wife and child, enjoying his retirement and not looking for a job.

But a beautiful thing happened to him: he was recently awarded the Free Software Foundation. A very important prize for the advancement of free software.

Who ended his professional career as a great programmer that marked the history of information technology.

It seems that everything has to end in a flourish here. And instead on November 12, 2020 Guido Van Rossum announced that he would be leaving retirement to join the Microsoft Developer Division.

He tweeted: “I decided retirement was boring and joined Microsoft’s developer division.”

So his story is not over at the moment…

If you want to be positively shocked and discover incredible and always new information follow my Twitter profile:

https://twitter.com/SirNickNite It is growing by the day with more and more people interested in what I tweet.

Did you know that Italian Nico Nobili — SirNickNite created the first project that brings together technology and artificial intelligence at the service of the human being. He creates technological products that adapt and merge with man. Find out by clicking here https://sybershel.com/nicos-msyber

Then I prepared a gift for you. Join my Telegram group and receive a free guide: What will the Society of the Future be like and how Androids and Technology Will Change Humanity. Click this link and get the free guide now t.me/sirnicknite