Steven Spielberg Was Diagnosed With Dyslexia As A Child. Today, He's The Most Successful Commercial Director In Hollywood. 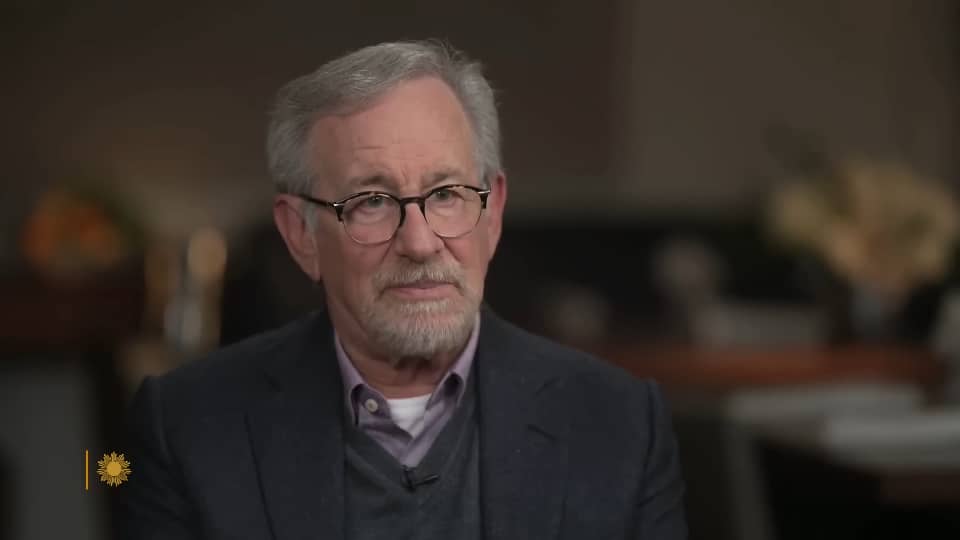 Life won’t give you the chances it gave other people. And it’s not fair that way. Nobody said it had to be fair.

Most successful people became who they are today because they confronted and demanded their share of fair living.

Some people are intentional about growth; hence becoming who they are today. Steven Spielberg is one of those who demanded their fair share of life.

After suffering from Dyslexia as a kid, today he is considered the most successful commercial director in the new Hollywood. He didn’t achieve this overnight.

Being intentional and desperate about success can reward you with greatness and more. You can achieve what Spielberg has achieved. Continue reading to see what he did differently that got him here.

Steven Spielberg was born in Cincinnati, Ohio, in late year 1946. His father, Arnold Spielberg, was an electrical engineer who worked in the computer industry. His mother was Leah Spielberg, and she was a concert pianist.

He had three younger sisters. His family moved to Haddon Township, New Jersey, in 1952, where a new company hired his father.

A year after their relocation, he attended Hebrew Schools, where he learned about Judaism and Jewish activities.

While growing up as a child, Steven Spielberg had Dyslexia. He had difficulty learning how to read or write. Learning a new thing was different for him. He was slow at learning new things.

This defect made him a victim of bullies from his school. They’d mock him for not having the strength to cope with their learning pace and mechanism. His teachers didn’t help because they had their share of judgment and criticism.

Steven Spielberg was frustrated by this attitude by his school peers and teachers. So, he found refuge in movies. He’d visit the Cinema most days of the week. Spielberg became fascinated with filmmakers’ work, which developed his storytelling version.

When Spielberg was 12, he made his first movie. Though, it wasn’t a full-cast movie or a TV show. It was just a little story he made up from other films he had watched. Steven was mostly fascinated by movies that were tense and full of suspense.

In 1958, he joined the Boy Scouts at his School. His short movie was “A Train Wreck.” He made use of his own toy train to depict the incident. He made a 9 minutes, 8mm film titled The Last Gunfight. This short movie earned him the merit badge for photography.

With that merit badge, he was motivated to achieve more. With time, he went on to attain the rank of Eagle Scout. This earned him a prominent spot among his peers. He’d carry his father’s home camera on every scouting trip.

When Steven was 13, he made a mini-war film titled Escape to Nowhere. The cast of this mini-movie were his schoolmates and friends. The film went on to win different prizes within the state.

CAREER AS A YOUNG FILMMAKER While in Phoenix, Steven was inspired to have his film watched at the theater as he had watched other’s movies there.

In 1963, he independently wrote and directed Firelight. The movie was about 140 minutes long. Firelight later inspired movies like Close Encounters of The Third Kind.

Steven Spielberg had no more to fund this little project of his. So, his father offered to sponsor the budget. The budget was a short one. It fell below the $600 total cost.

After the film’s production, it was viewed at the local theater on a Saturday evening like other regular movies. This was so inspiring for Steven Spielberg. He didn’t expect things to go smoothly. He was grateful to his father for supporting his dream.

Steven Spielberg’s family later moved to Saratoga, California. He enrolled and graduated from Saratoga High School in 1965. Just a year after his graduation, his parents got divorced.

This set Steven’s first challenge in life. Who should he be with? His mother or his father? Or should he be alone and continue to pursue his dream?

It was a tough choice for Spielberg after he chose to move with his father to Los Angeles. All his sisters moved and stayed with their mother in Saratoga.

He applied for the University of Southern California but was rejected twice because of his absurd grades. His grades were poor and embarrassing.

It wasn’t about his dyslexia anymore. He wanted to be a Filmmaker, and his mind was completely set on it.

He later enrolled at California State University, Long Beach, to get the avenue for his movement.

To get experience and pursue his dream as Filmmaker, he offered to work as an unpaid assistant in Universal Studios’ editorial department in the summer of 1964. He got familiar with film editing and set himself to become a successful Filmmaker.

In 1968, Universal gave Spielberg a job. He was allowed to write and direct a short film for them to be viewed in their theater.

The film went on to win an award. Upon completion, the whole studio was astonished by Spielberg’s creativity. Universal could not let such a talent out of their studio. They offered him a seven-year contract.

Steven Spielberg became the youngest individual to work with a major studio in Hollywood for such a long term.

He took a leave of absence from college in 1969 to pursue his career as a Filmmaker, and to continue directing films for Universal.

Steven Spielberg got his first professional job when he was picked to direct some segments of Night Gallery’s pilot episode in 1969.

Joan Crawford starred in the pilot episode. She became surprised that a young inexperienced director would be giving her orders.

Steven used to be great with cameras. He attempted to show off his skills at the onset of the film. But his contributions were not well received. He became frustrated and had no choice but to take a break from the shooting.

Steven Spielberg was eager to be in the spotlight. The film was a low-budget one, but getting a sponsor or finance was tough. He tried raising finance for his short film but was unsuccessful.

He decided to write screenplays with other writers while still directing Universal’s television shows.

He now had enough time to study his techniques and learn more about filmmaking. From his work, he started earning steadily because he was impressing producers, and most of his reviews were positive. He later moved to Laurel Canyon, LA.

The film got a lot of positive reviews, and the producers decided to expand the stories to have it on TV and contain the international market.

In 1975, Steven Spielberg debuted in The Sugarland Express. The film was based on a true story. It got positive reviews from more than four hundred theaters in the US.

This film was the very one that brought Steven to the spotlight. During the Cannes Film Festival of 1974, it got the Best Screenplay Award.

The Hollywood Reporter, “a major new director is on the horizon.”

He was given a chance by other producers like David Brown and Richard Zanuck to direct a horror-thriller movie, Jaws.

Jaws was a massive success. It grossed more than $450 million and won three Academy Awards.

He went on to achieve twenty-two BAFTA Awards and thirty-five Academy Awards and became the icon of New Hollywood. He returned to California State University, Long Beach, in 2002 and completed his studies. He graduated with a Bachelor of Arts in Film and Electronic Media.

Steven Spielberg might not have pointed out his failures directly. But merely having a mental defect is enough of a failure to bring you down.

Watching both parents divorce at a very young tender age can also be considered a failure.

-No matter the circumstances, all you have to do is highlight your dream, set your path, and head on. Don’t allow anything to distract you.

-Although his parents divorced, Spielberg followed his father because his father was interested in his dream.

-In whatever you do, always continue to work on yourself. Spielberg would have bailed out when Crawford found him to be inexperienced. But he didn’t. He proved her wrong by studying more techniques and learning about filmmaking; today, he is what he is.

-Your goals are yours to achieve. Get those goals, and the whole world will celebrate you.