He was the son of shepherds and is now the King of Greek yogurt. The story of the Chobani founder who also donated shares to immigrant employees. 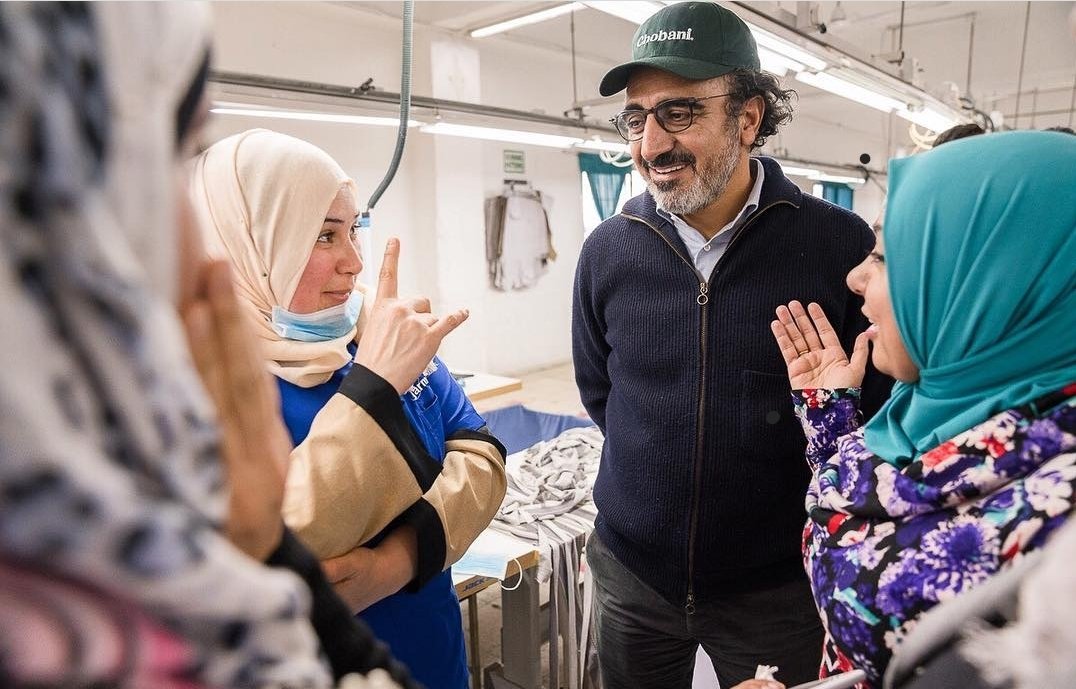 Today I want to amaze you with a crazy story. It’s about Hamdi Ulukaya, Chobani founder; the first immigrant who escaped poverty and became a billionaire.

He also became famous for donating shares of his company to his employees who later became rich.

But it wasn’t always easy in his life; he came to America as an immigrant and has busted his ass to get what he has now.

Then there was a moment when he went against everything and everyone to carry out his idea.

His tough story teaches us something important. Read on and soon I’ll tell you what it teaches us.

I am an almost millionaire Italian entrepreneur and I believe there is a lot to learn from these life experiences.

AS PETER (OF HEIDI); LIVING IN THE MOUNTAINS WITHOUT MONEY

You know Peter, Heidi’s best friend? Don’t say no, please! It is a very famous cartoon.

He is the shepherd who brings the villagers’ goats to the mountain every day, including two goats of Heidi’s grandfather.

Well, Hamdi Ulukaya when he was young, was like Peter. I know, it sounds crazy. Today he runs a company of over 2 thousand people.

His was a family of Kurdish shepherds from eastern Turkey. 3 years ago he was a guest of the New York Times and told them that.

“We were nomads. We carried flocks of sheep, goats, and cows to the mountains; with their milk, we made yoghurt and cheese, and in winter we returned to the village.”

And then he added:

“Money didn’t mean much because there was nothing in the mountains that could be bought with that.”

Hamdi still managed to study political science at the University of Ankara (capital of Turkey).

Then he came as an immigrant to New York State.

He had a small bag in his hand and 3 thousand dollars in his pocket, but he was still happy.

He didn’t know what he was going to do, he just hoped to find a better life.

But he soon found himself in big trouble …

BEING AN ENTREPRENEUR IS DIFFICULT

As soon as he arrived in America, Hamdi attended business courses at the University of Albany, in the State of New York, but that was not enough. To make a living, he worked on a farm. It was tough but he learned to be humble.

Then his father gave him a suggestion; start making and selling cheese, following the family’s Turkish recipes.

He did that, and his products tasted better than the ones on the shelves of supermarkets in the United States. However…

Hamdi began importing feta from Turkey. People liked it, so he opened a kind of cheese start-up in 2002. 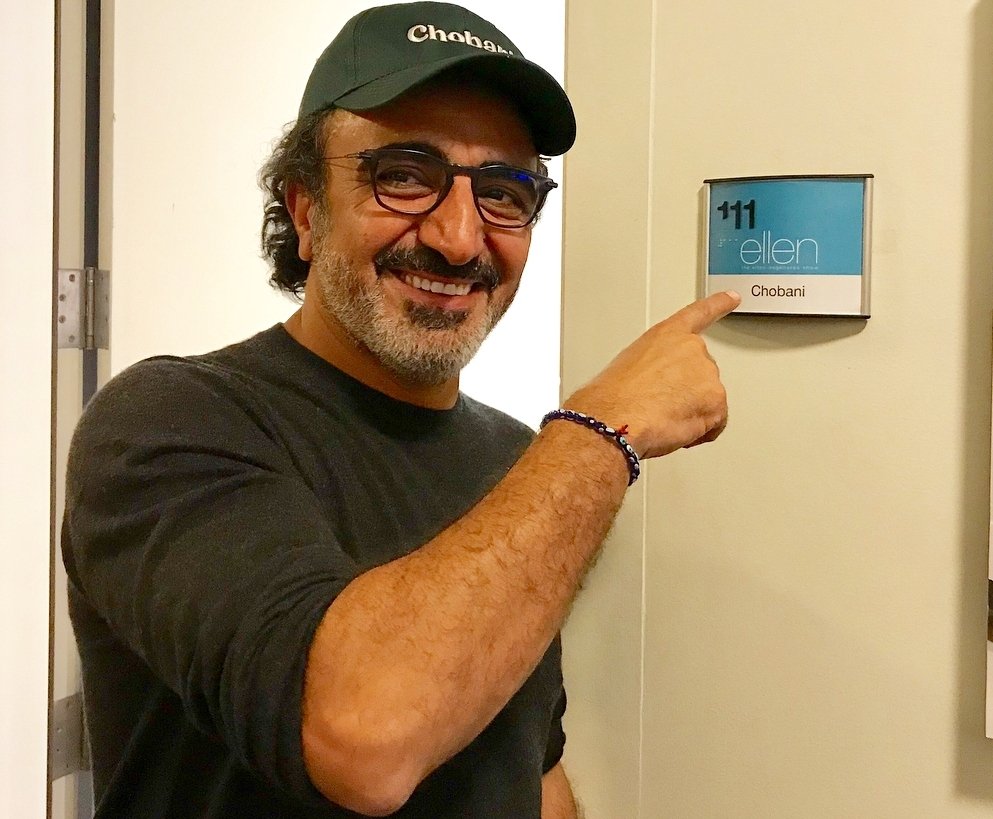 But the two years that followed were complicated. “I was wondering why did I get into this business? And how will I pay the people who help me? How will I pay for the milk I need for my products?”

He risked failing but he believed in it and didn’t give up.

WAS HE CRAZY? NO, BUT HE BELIEVED A LOT IN THIS

In 2005 he casually found an announcement of an old yogurt-equipped factory, for 700 thousand dollars. He absolutely wanted to buy it!

But his lawyer had a different vision and advised him not to buy it.

“They are trying to foist their property on someone, because it is worthless, and the yogurt market is not profitable.”

But Hamdi went rogue. Thanks to government incentives and a bank loan, he bought that factory.

He started selling yogurt only after two years. First, he did a lot of testing because he wanted to be sure that he had created a really good and perfect yogurt, that he had found the right machines and the right employees.

“The name given to the company is Chobani because it recalls the Turkish term çoban which means shepherd.

In 10 years, he went from a small firm that produces yogurt, to reaching the first billion in sales, with a share of the American market exceeding 50% of that product.

In short, he achieved the success that still continues today.

HOW COOL GRATITUDE IS

Hamdi Ulukaya in 2020 had estimated assets of approximately $2 billion.

He has never forgotten his origins, his poverty, and his people.

At that point, he did two really moving things. I’m now having a cup of hot coffee. I always do this when I work hard on the laptop or read a lot; if I think of this gratitude I get excited.

1. About 30% of Chobani’s employees are refugees and immigrants.

He offered them English language courses and translators in up to 11 languages, to facilitate their integration.

He did an extraordinary thing! Don’t you think so? What a great man. This is why he was so generous…

“My lifelong dream has come true; share Chobani with the 2,000 people who helped create it”, Hamdi said on Twitter.

And to his employees he explained;

“It is not a gift. It is a promise to work together for a purpose and with a common responsibility, to continue creating something special and lasting.”

THE LESSON; YOU MUST BE STRONGER THAN THE JUDGMENT OF OTHER PEOPLE

There was a day when Hamdi became a leader.

Yes, because he listened to himself and did not listen to others, not even his lawyers.

Do not misunderstand me. If by any chance you thought that I mean that you always have to do it your own way, you’re wrong, I’m not saying this.

You have to listen to others. Always. But the decision is taken by the leader. And if he considered that he had to act this way it’s because he felt it, and he did well.

So what does it teach us? Here’s the moral of this beautiful story:

If you have an idea and you are convinced of it, realize it, and take it all the way.

Do it despite the voices of other people who discourage you, or tell you to act differently.

And if it goes wrong do not consider yourself a failure. You are a person who is self-confident and strong and goes on and tries to fulfill your dreams despite everything and everyone.

Hamdi today is an example, as well as a great entrepreneur. And I really felt inspired by his story.

Now if you want to get excited with others and discover other mythical things follow my Twitter profile: https://twitter.com/SirNickNite.