There is a need to have robots in baseball instead of humans. The error possibility is thus reduced to zero. 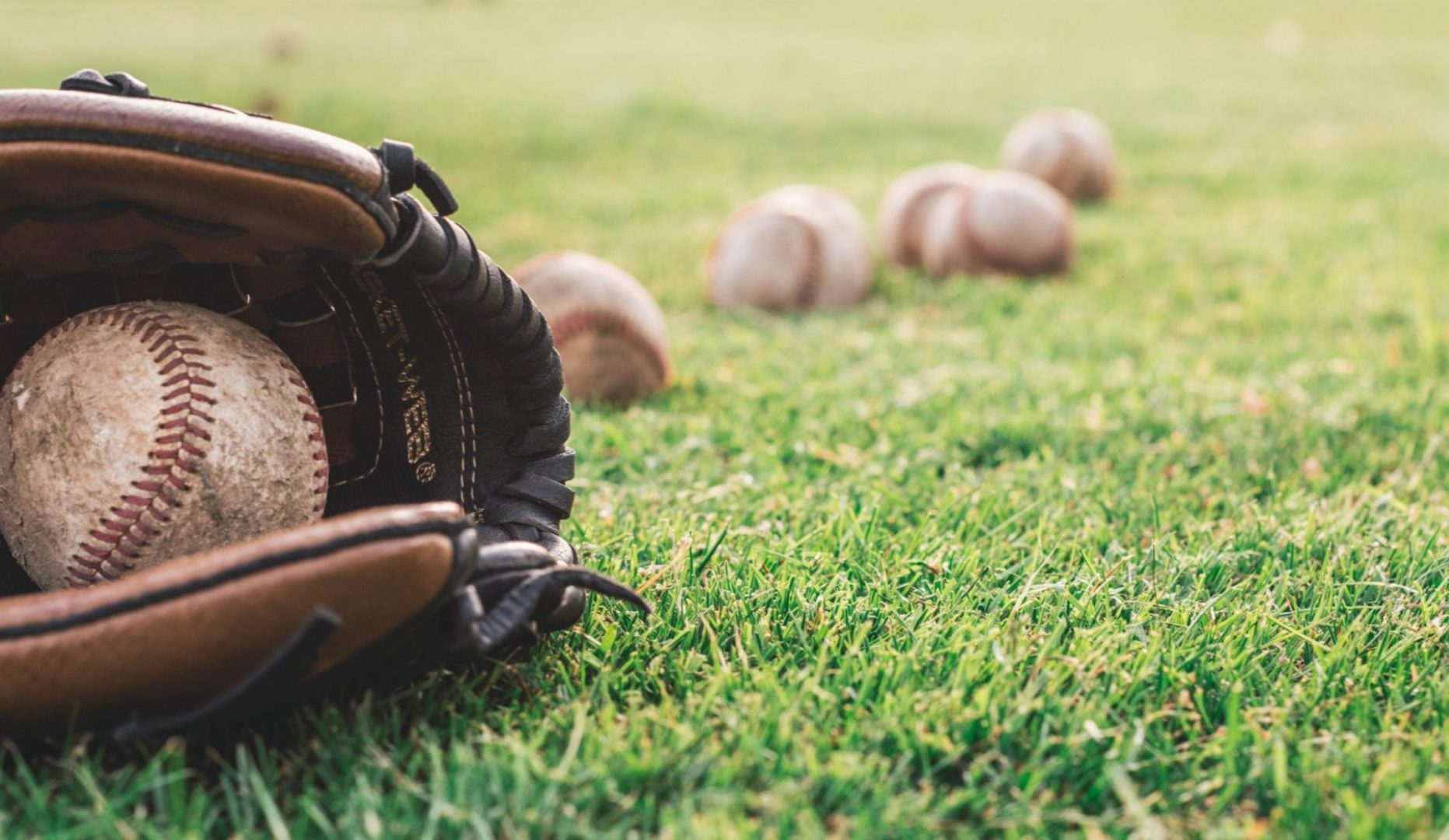 It seems to most people that technology reduces the emotions that sport gives. Instead it would avoid many useless discussions and blunders. It is for this reason that baseball too must begin to make massive use of AI and robot referees.

We all know that a person cannot be as precise as the technology that today we are able to deploy (in every sense).

Baseball fans know the rage of calls not going as they would like. Such as a ball that should have been a strike.

Here, with advances including computer vision and artificial intelligence it would be very easy for baseball officials to replace humans with robotic referees.

And I don’t understand why he still hesitates by losing the opportunity to have false and unjust matches. Perhaps because the public and so many fans are holding back this progress irrationally. Because they have prejudices.

So if you are also by any chance against this improvement I want you to know these two or three things that could make you change your mind.

Do you remember the goal of the legendary Diego Armando Maradona scored by hand?

It happened in the 1986 World Cup against England.

If by chance you have never seen it, you are not justified by saying that “you don’t love football”. Because this episode has now become a World Heritage Site.

So much so that a term has been coined: “Mano de Dios”

It indicates that hand with which Maradona scored and the referee considered it valid because he thought he had scored it with his head. Heading is possible, hand in football is not allowed (only goalkeepers).

Here, today that goal would no longer be possible. No smart player would get away with it….

There are two technologies recently introduced in football:

The first is a laser system that indicates on the referees’ clock when the ball crosses the goal line and therefore a goal has been scored.

The first time it was used in the Serie A championship in Italy and then in all other European nations. He avoided arguments and false goals.

For example in those cases where the ball was parried by the goalkeeper precisely on the line and no one knew precisely if the ball was over the line or not and therefore on the net or not.

“Thanks to Goal Line Technology with pinpoint accuracy, you always know the exact outcome: that is, whether it is a goal or a save. And there is no more margin for error.”

The VAR was the second novelty to arrive on the football fields. Basically there is a team of other referees who check in real time the replays of the most suspicious actions.

And if the referee on the pitch asks for their help they can give a more certain look and decision thanks to the possibility of reviewing the images in slow motion.

In some cases the referee on the field can watch the replay of the dubious episode himself through a monitor that is on the sideline.

This other technology greatly reduced the errors that occurred.

And they are only the beginning of an improvement thanks to the technology of how the games are played. Avoiding a lot of unnecessary arguments at the end of sports competitions.

Therefore, even in baseball, any help given by the progress of artificial intelligence and other innovations should be used immediately. 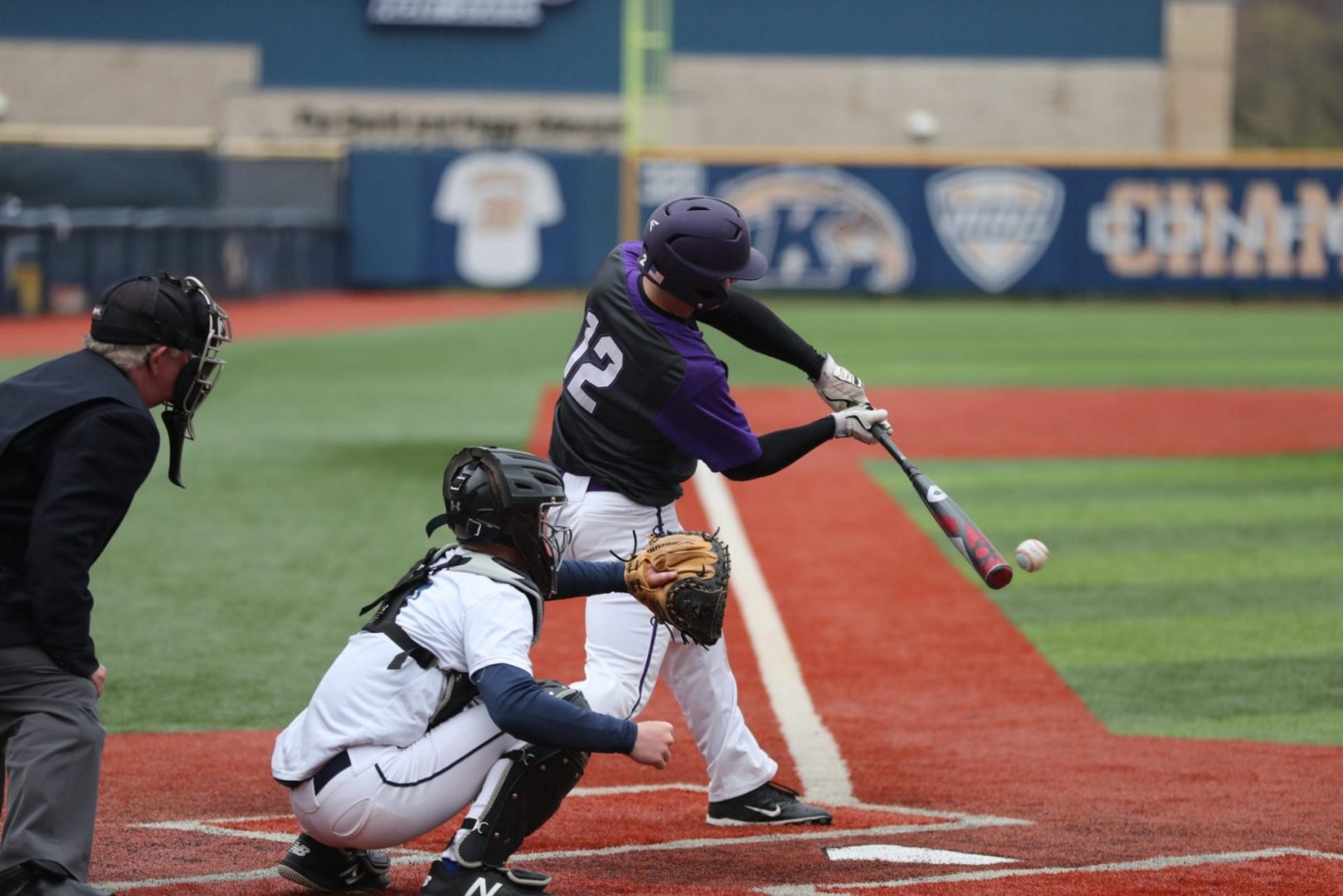 THE FIRST ROBOT-REFEREE IN BASEBALL

But as the World Series of high-stakes baseball begins, the question some in that world are asking is: robot yes or robot no?

What is certain is that as explained by Dan Lebowitz, executive director of the Center for the Study of Sport in Society in Northeastern:

“Many leagues are already experiencing the rise of artificial intelligence when it comes to refereeing.”

There is the example of the Atlantic League of baseball. It is an independent circuit with teams on the east coast and in Texas.

In 2019, it became the first American professional baseball league to allow a robot referee to call balls and strikes.

During an All-Star Game, home base referee Brian deBrauwere wore a bluetooth-connected headset (plugged into an iPhone in his back pocket) to a software program in the press box.

The software called balls and hits and communicated them to deBrauwere. If he didn’t like the call, he could just cancel it and call the field as he saw it.

The software allowed for higher and lower hits than a human would call.

What is certain is that at the moment it is still not very easy to deploy robotic referees. We should go there in small steps but this is the way and all the fans should understand it.

The matches would be less bogus and safe from blunders. 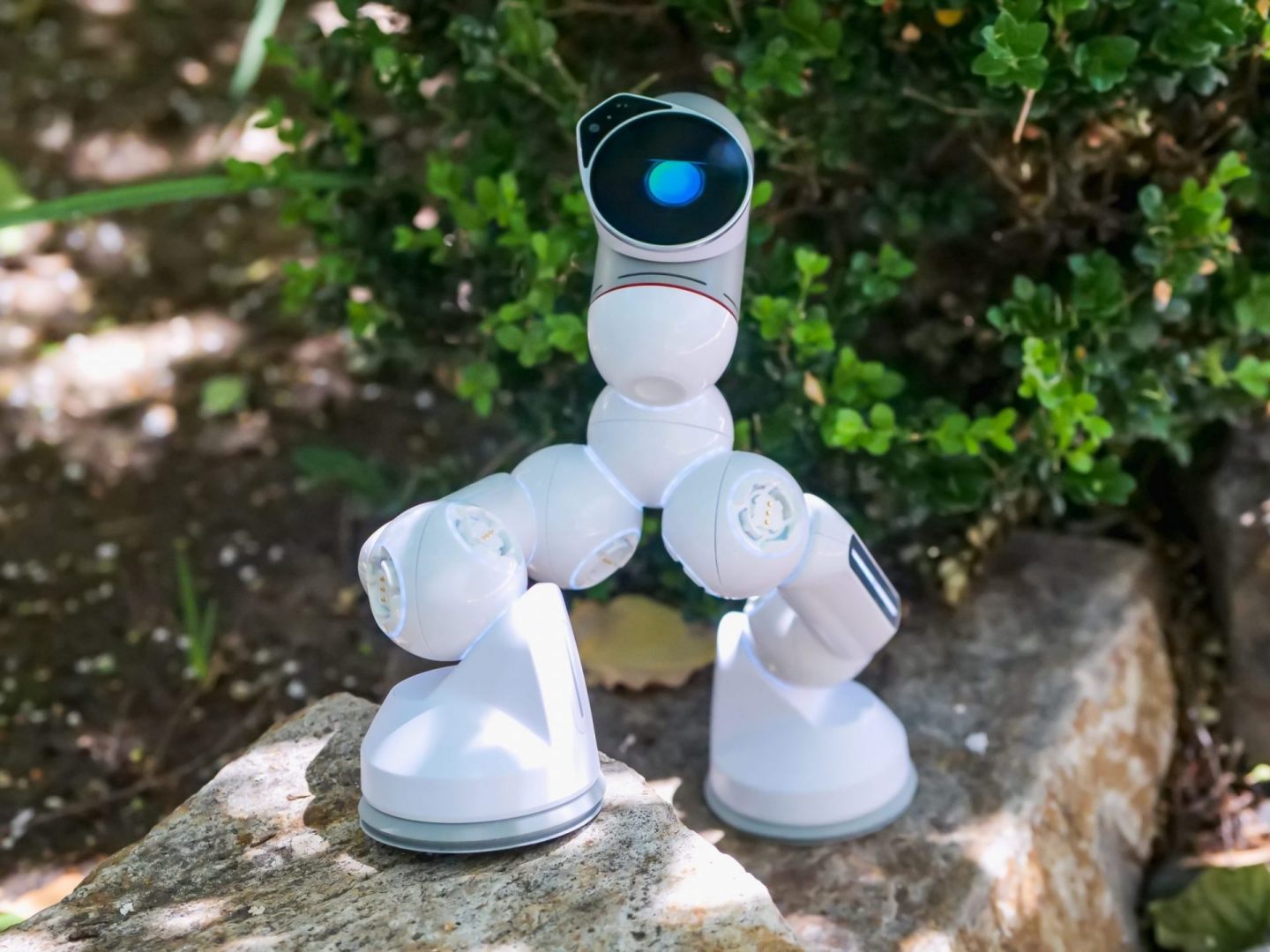 THE YOLO ALGORITHM THAT LOOKS AT THE BALLS FOR THE REFEREE

“There are strategically placed radar systems in baseball stadiums: they can triangulate the exact position of a ball as it crosses home plate giving anyone looking at home an instant reading whether it was a ball or a strike.”

– The latest technology, including ultra-high-speed cameras, is also used to calculate where a baseball has crossed the plate.

In other words, we know life, death and miracles of everything that a thrown ball does. And instead we are still there to rely on the sight of some referee.

As if he was about continuing to look at the stars with the naked eye instead of with a telescope. Or examine in the lab with the magnifying glass instead of the microscope.

Don’t you find it a bit old?

Nobody goes around with horses and carriages anymore.

Even baseball is the time to wake up and take a step forward towards games without incredible mistakes that then you too, dear fan, get angry loooong more.

Kevin Esslinger goes on to say:

“With referees, there is a lot of human subjectivity. I think we should always have a correct call. And since we can measure whether a ball is a strike; if a ball is in the strike zone, it should always be called a strike.” 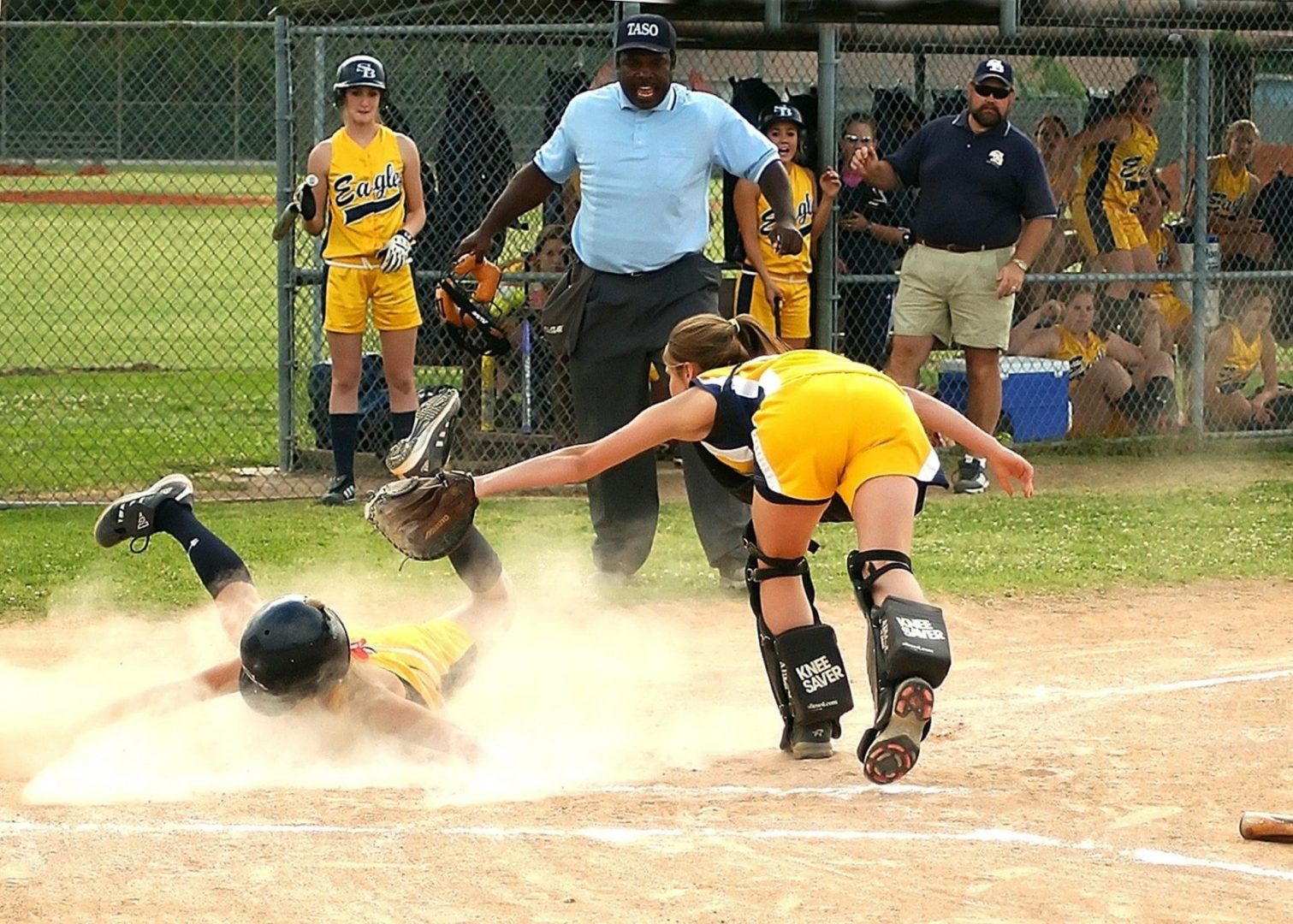 This researcher proposed to use an already beautiful and functioning algorithm at the service of this sport.

It’s called YOLO (short for “look only once”):

Trained over time, the algorithm could learn to detect a baseball and determine if it was within a predetermined strike zone, calling out perfect balls and strikes every time.

So come on robots and AI instead of humans. They can be used to do other equally useful things.

If you want to continue discovering shocking and absurd things follow my Twitter profile. It will soon become one of the most controversial and crazy Twitter profiles https://twitter.com/SirNickNite

Did you know the Italian Nico Nobili — SirNickNite has created a revolutionary project that fuses technology and artificial intelligence with humans. Create technology products that adapt and help people. Find out by clicking here: https://sybershel.com/nicos-msyber

Join my Telegram group and receive my free guide that I have prepared for you: How the Society of the Future will be and how Androids and Technology will Change Humanity. Click this link and read this manual now t.me/sirnicknite