After Three Shots At Running A Candy Company, Milton Hershey Defied The Impossible To Set Up The Hershey Chocolate Company That Changed His Life Forever. 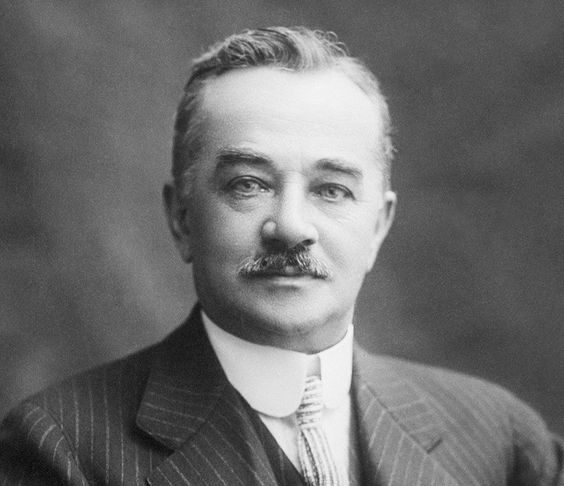 There is no better illustration of turning your story from rags to riches than Milton Hershey’s inspiring success story.

A common trait in successful people is the ability to bounce back after setbacks that would crumble ordinary men. Such determination to succeed and the audacity to defy the norms and beat the odds are exemplified by Milton Hershey in his story.

As a boy growing up, Milton Hershey worked on a farm as his family was from a poor background. He apprenticed under a local printer and was unsatisfied with his job. He was daring, and today, Hershey’s is a company whose name is on the lips of every chocolate lover

After reading this story, you’ll understand you must never give up despite how many odds are against you.

Milton Snavely Hershey was born on September 13th, 1857. His family was of Swiss and German descent. They were members of Pennsylvania’s Mennonite community. He grew up speaking Pennsylvania Dutch.

Like many young people, Milexpected expected to help the family out on the farm. So, from a very tender age, he understood the values and benefits of hard work, patience, and perseverance. His father, henry Hershey was a traveler.

He barely stayed anywhere for long and tended to leave his family for extended periods. Henry’s instability meant Milton had limited education and never schooled past the 4th grade.

In 1871, Milton Hershey left school permanently. He was sent as an apprentice to Sam Ernst, a local printer who published German-English newspapers. Milton found this work boring, and he did not like it.

One day, he accidentally dropped his hat in one of the machines. Due to Sam’s hot temper, he fired Milon shortly after the incident. This left Milton worried as he didn’t know how his parents would react.

Following an intervention from his father, Sam agreed to give Milton a second chance to prove his worth. However, his mother and aunt, Mattie Snavley, had other ideas.

Instead of printing, they planned for him to learn candy-making. Milton, 14, was sent to apprentice under Joseph Royer, a confectioner in Lancaster, Pennsylvania.

Under Joseph Royer, Milton acquired all the tools and skills he would later leverage to build his empire. Milton learned the trade of confection-making over four years.

Milton married Catherine Elizabeth on May 25, 1898. Catherine was Irish-American and a Catholic from Jamestown, New York. They didn’t have any children.

Like most entrepreneurs, Milton started his career with full optimism and enthusiasm. After his apprenticeship under Joseph, he returned to Philadelphia to begin his confection business.

In 1876, Milton started his first candy shop with the $100 he had borrowed from his aunt. Milton worked diligently and toiled day and night to keep his business running. He would work from 15 to 16 hours a day. He made taffies and caramels at night and sold them during the day.

He used a pushcart to transfer the goods to crowds at the Great Centennial Exposition; an event held to commemorate the 100th anniversary of the Declaration of Independence.

In 1882 came the event that shattered his fortunes. After a winter in February, when he was afflicted with an illness and accrued debts, he eventually sold his business.

Afterward, Milton Hershey relocated to Denver to meet his father in the great Colorado silver rush. However, Milton found a source of riches other than the silver mined from the ground during the historic silver rush. He discovered that the true riches came from a cow.

In Denver, Milton worked for a confectioner, where he learned that fresh milk added to caramel increases its quality significantly. He also discovered how crucial fresh milk was in extending candy shelf life. This discovery would prove to be essential later in his life

After a while in Denver, Milton Hershey left for Chicago. There, he opened his second candy shop. However, he continued to dance in the face of failure. Soon, the venture fell apart. He left again for New Orleans, where a similar experience occurred.

He left for New York city: however, like his previous stores, he kept losing money.

One day, a group of kids raided his delivery wagon and made away with his whole stock. At this moment, Milton became bankrupt.

Hershey, frustrated, went back to Lancaster. However, his relatives didn’t believe in him anymore. They neither took him in nor lent him funds to open another store.

Everything was falling apart for Milton, and his whole life’s work would vanish into thin air before he even made a name for himself. Then help came!

If all fairytales have a hero, Henry Lebkicher played that role in Milton’s story. Henry was a former employee in his store in Philadelphia and an old friend of Milton Hershey.

Henry took Milton in but didn’t stop there. He lent him money to bring all his equipment for candy-making from New York.

Together, they forked up enough capital to kickstart a new business that would later spread Milton Hershey’s name as a renowned candy maker – the Lancaster Caramel Company. 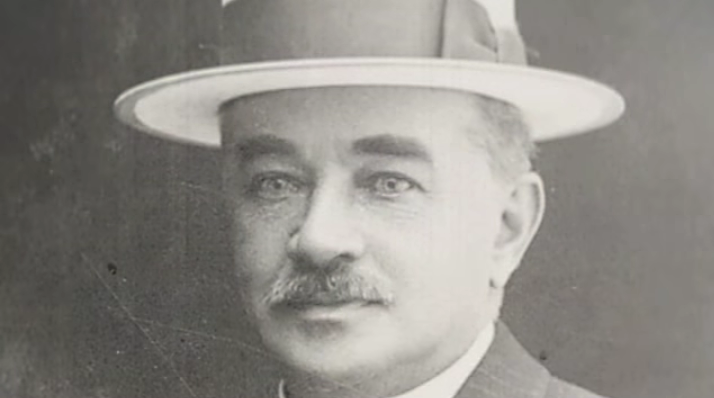 Milton Hersey, in 1883, borrowed money from the bank to start the Lancaster Caramel Company, which became a success quickly. During his previous travels, he obtained knowledge of caramel recipes.

He used this knowledge to make candies. He also learned that bulk sale was the way to go to sell caramel better.

His fortune with Lancaster Caramel Company would turn when a man from England visited Lancaster. He tasted Milton Hershey’s candies and immediately loved them. Afterward, he placed a huge order to deliver candies to Britain.

With the revenue realized, he repaid his loan to the bank and other debts. Yet, he had enough leftover funds to invest in his business. With the extra money, he bought more pieces of equipment and ingredients.

In the early 1890s, Lancaster caramel company grew and had plants in Chicago, Illinois, and Pennsylvania and had already employed over 1,300 workers in two factories.

Milton Hershey’s perseverance and hard work were finally paying off. But this was merely the beginning.

Milton traveled to Chicago for the World’s Columbian Exposition, where he developed an interest in chocolate. After extended periods of deliberation and calculation, he took a life-changing risk.

In 1893, Milton visited Chicago for the World’s Columbian Exposition. There, he saw a chocolate-rolling machine in demonstration. This lit up a spark in him to venture into chocolate making.

In 1894, one year after witnessing the chocolate-rolling machine, Milton Hershey procured the machine and started producing chocolate.

He started the Hershey Chocolate Company, producing over 114 different types of chocolate candies, including the milk chocolate Hershey Bar – the product that earned him his much-deserved fame.

The Hershey Bar was manufactured in Switzerland and Germany; hence, it became a new sensation in the United States and North America. It grew in popularity, and the Hershey Chocolate Company hit the sky.

The chocolate business enjoyed so much success that Milton Hershey sold the Lancaster Caramel Company for $1 million. He then focused all his attention on producing chocolate.

For many years, Milton Hershey worked on a master plan for mass production milk chocolate. With the money he generated from the sale of the Lancaster Caramel Company, he could execute the project.

Milton was set to build a chocolate factory and an ideal town for the company employee to thrive and prosper.

He chose Pennsylvania as the site for his dream city due to clean water, proximity to some of the best dairy farms in the country, and plenty of lands to expand.

Milton’s factory was modern in every sense. It had sophisticated equipment that made production faster and more efficient.

The factory drew attraction and investment of different kinds to the city, which developed into an important business center. In 20 years, the company sales skyrocketed from $600,000 to $20 million.

From working on the farm to creating a factory and a new town, Milton’s story should be shown in a documentary for young people to draw inspiration.

His inspirational journey is value-packed. And it teaches a lot to anyone hungry for success.

– Never give up: The most obvious lesson from Milton’s story is to stand up each time you fall. Your next step might be the crucial step in your quest for greatness.

– Break limits: Challenge yourself to learn and try new things. Be open to exploring new possibilities and see how unique you will be. Sometimes, your limits are a function of what you think of yourself.

– Be responsible for your choices: If you have failed, take responsibility for your failures. Blaming friends and relatives who refused to help is an excuse to be irresponsible. Take charge of your destiny.