He Dreamed Of Being A Pilot, And Michael Saylor Ended Up Owning A Multibillion-dollar Company 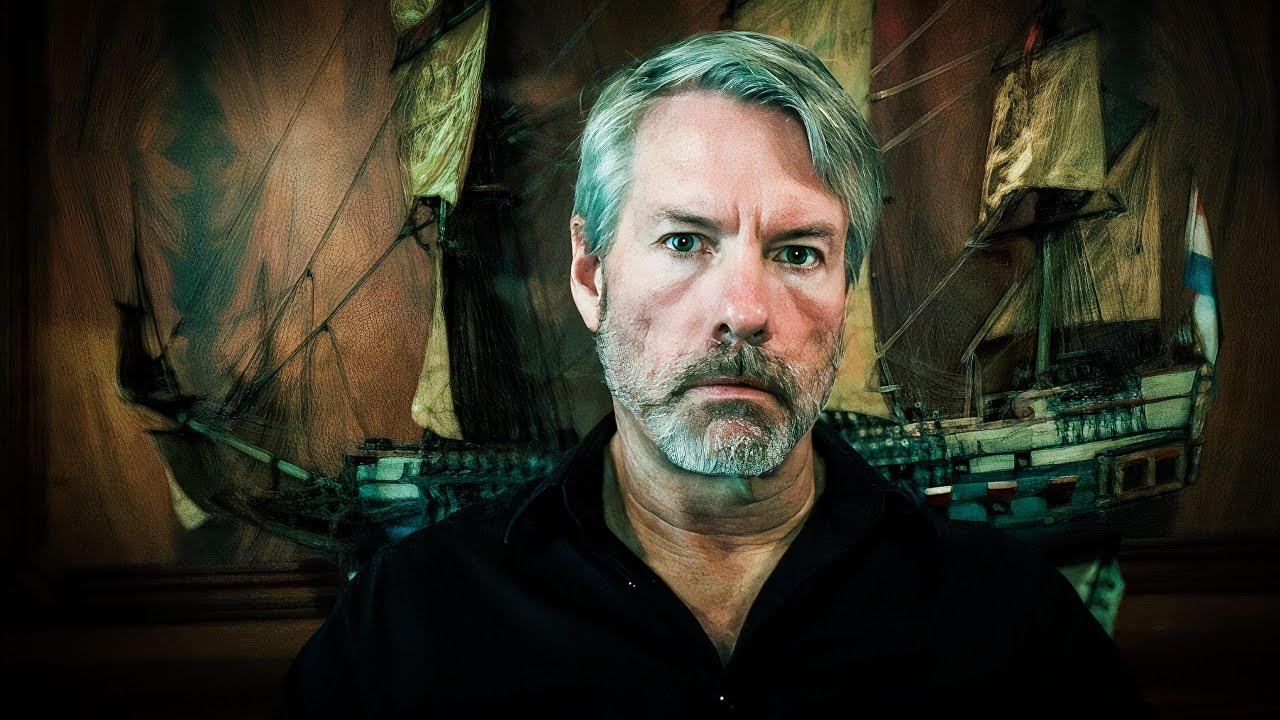 Achieving something great requires courage. The question is, do you have the courage it takes to be a great achiever?

Just because it is a perfect plan, doesn’t mean it would work for you in the end. Michael Saylor got denied his childhood dream due to uncontrollable circumstances. Instead, he got something he had not expected at the very beginning of his life.

Michael Saylor is an American entrepreneur. He co-founded a company that oversees software and digital intelligence known as Microstrategy. In addition to his success, he is an author, and also a Bitcoin expert.

Stay with me as I walk you through the inspiring journey of Michael Saylor, where you’ll discover why he didn’t follow his first dream, and how he ended up being so successful.

As I said, in reality, not everything goes as planned. Sometimes, even the “perfect” plans tend to go wrong.

Lincoln, Nebraska, the place where Michael Saylor was born on February 4, 1965, didn’t present him with the perfect plan at birth. However, it didn’t leave him without a plan due to the family he was born into.

He was born into a military family, so Michael did not have a lot of time to make a bonding relationship with a particular environment as he was always on the move with his father.

Michael’s Father was an Air Force Chief Master Sergeant. Michael did not have the luxury of slacking off. You might the thinking all the moving around would have affected Michael so much that he wouldn’t exactly be called a smart young boy.

I am sorry to burst your bubble but that wasn’t the case. Michael Saylor was a really smart young boy. As a young boy, he was already filled with so much curiosity and ambition.

He wanted to be an astronaut, and that didn’t come as a surprise because of how he grew up around seeing jets fly high to the sky.

When he was in his teenage years, his family moved and settled at Wright-Patterson Air Force base.

Michael’s academic brilliance didn’t fail him as he graduated as the best among his peers in high school. If there was a majority vote count on who was likely to succeed, Michael would have won the election without breaking a sweat. He did have a bright future ahead of him.

Michael kept walking toward his dreams, and even if he does not eventually fulfill his dream of being an astronaut or a pilot, he would have just walked in the military footsteps of his father.

THE JOURNEY OF A BRILLIANT YOUNG BOY

At the age of 18, Michael Saylor got into the Massachusetts Institute of

Technology (MIT) on an Air Force Reserve Officers’ Training Corps scholarship. Well, he was indeed a smart boy, so that did not come as a surprise.

While studying at MIT, he joined the Theta Delta Chi fraternity. He made friends from the fraternity, but one particular young man named Sanju Bansal stood out. As you keep reading, I would tell you who Sanju Bansal ended up becoming in Michael Saylor’s story.

Studying at MIT was the primary milestone which built Michael’s bridge to success. He faced new challenges every day and had to interact with lots of experts. The institute formed his confidence and gave him a new philosophy of thinking.

Something happened to Michael Saylor during his freshman year at MIT.

A professor who happened to be a consultant for NASA walked into the class. He raised a burnt tile that he had initially designed for a space shuttle and asked the whole class the reason the tile got burnt.

No one could figure it out yet, even the professor himself couldn’t find the right answer at that time. It would have taken a genius from the class to answer that question.

Well, it’s MIT, so it wouldn’t be surprising to have a genius among the student. Suddenly, someone from the class stood up and gave his view of the answer.

I know what you might be thinking, but no, it wasn’t Michael who stood up.

Michael was reflecting on the circumstance of the whole situation. He realized there are going to be problems that prove difficult or impossible to solve, and you are going to be expected to provide a solution to these problems one day.

In 1987, Michael Saylor completed his studies at MIT with the highest honors. He graduated with a dual degree. First, in aeronautics and astronautics; and second, in science and technology. Michael was ready to face the world, but was the world ready for him?

A BLESSING IN DISGUISE 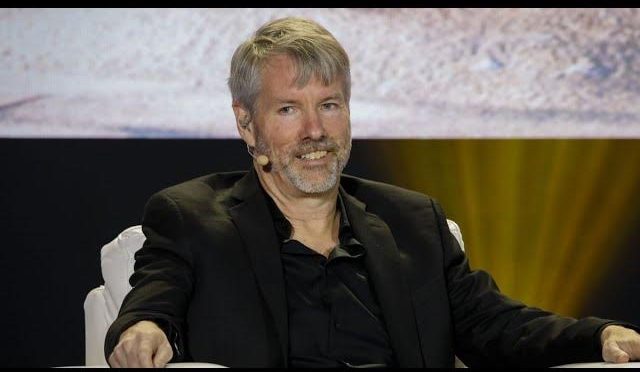 Remember Michael Saylor loved anything that had to do with machines flying in the sky? He still had the ambition of being a pilot. However, life was not going to grant him that wish.

After graduation, Michael did a bit of military as he trained as a pilot at Lackland Airforce Base. He later went ahead to become a Second Lieutenant in the United States Air Force. He already had what it took, but just when it began to look good, his fun was cut short.

Michael Saylor had to give up his ambition of being a pilot after he was diagnosed with health complications.

This must have shattered Michael’s childhood dream. Sometimes when life steals our plan A, we just have to let go. Michael had to let go, and he got himself busy with something else.

Being a pilot was not the only thing that fascinated Michael, he also enjoyed the use of computer simulations and the development of computer models for software companies.

Since he had to do away with his love for flying, he had to embrace his love of computers. He started working as a consultant for companies that needed his services in the creation of technology for business planning and decision-making.

Michael Saylor started working for Dupont as an internal consultant. He developed a computer model that helped predict a market fall in 1990 and helped the company anticipate, and prepare for the slump. Michael enjoyed his newfound love and dominated every aspect of it.

He had finally accepted the opportunity that had been presented to him, and taking that determining step was all that was left to turn his story around. Would this decision change his life?

THE BIRTH OF MICROSTRATEGY 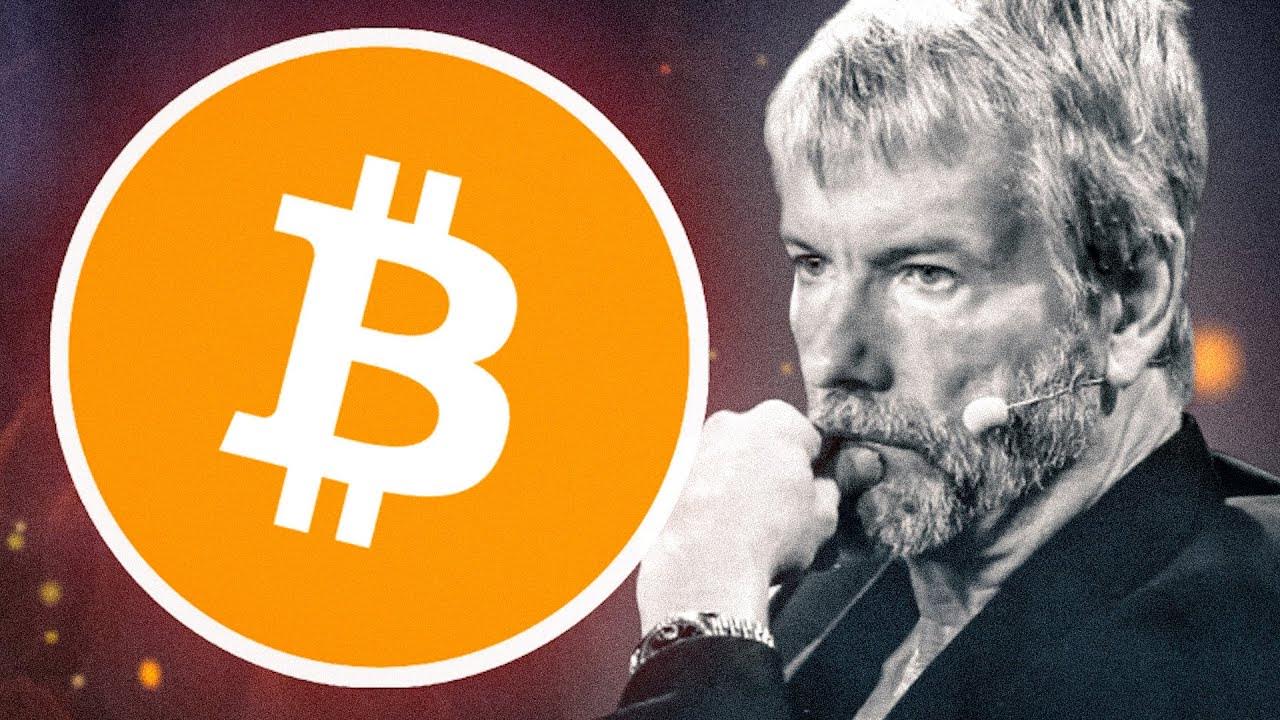 Remember Sanju Bansal, Michael Saylor’s fraternity brother? Yes, this is where he comes back into the picture.

Microstrategy with Sanju Bansal. The creation of this company was to provide solutions with the highest intelligence to various companies.

This was a major project. Michael and Sanju started doing all they could to make it work.

Ever since Michael Saylor’s encounter with the professor in his freshman year, a part of him had always wanted to provide solutions. He believed once you come up with a solution to a societal problem, the rest of the development came easier.

The company started working on business intelligence and developed a version of software to aid the course. As expected, this project began getting recognition rapidly, and just as the company was getting known, it was also developing.

– Michael’s company won a contract worth $10 million from Mcdonalds’ to develop applications that could help determine the level of efficiency of their promotions.

– After working on the contract, they discovered they could develop efficient business intelligence that could now help other companies with their businesses. They took the company public in 1998.

– In the early 2000s, Michael Saylor became the wealthiest man in Washington DC with a net worth estimated at $7 billion.

– Today Michael Saylor’s company is worth $2.06 billion in market capitalization.

Michael Saylor’s company was widely accepted, and he was able to fulfill his newfound dream. His life is proof that nothing goes as planned, and there are important lessons to pick from his inspirational existence.

– Always have a backup plan. Nothing is ever perfect, and life can choose to take away your first plan at any time. You should be prepared for a transition, so it doesn’t get to affect your life deeply.

– There is no excuse for failure. You shouldn’t expect sympathy. Do not wait till you look pitiful due to a failed plan. Get yourself back up and continue the race.

– Be open-minded. Learning can happen anywhere and anytime. You would never know what to expect. The inspiration you seek might be found in the most unexpected places.

– Challenge yourself. Take big steps. Do not underestimate your ability to be a great inventor or a solid entrepreneur.

Michael Saylor might have been disappointed because he couldn’t be a pilot but what he got in return was worth it. I hope the story of Michael Saylor, the co-founder of Microstrategy, has inspired you.