He has one of the most popular Metaverses with 40 million users including Adidas and rapper Snoop Dogg. Now he wants to launch the first political government in virtual reality

Today I’m going to tell you about Sebastien Borget, co-founder and chief product officer of The Sandbox, one of the coolest and most complete metaverses out there.

When you say Metaverse, do not fail to mention this small virtual town that he created with effort and conviction.

Despite having no funding or experience setting up a business, he managed to turn The Sandbox first into a busy virtual world and then into a successful company.

This is because even as a young man he had the right mentality. Maybe it’s a coincidence, maybe he became an adult quickly, or maybe he learned from someone: we don’t know. But today you can learn a lot from him.

I will explain why at the end of the article. First, read all the steps that led Sebastien to create a video game and then what he is becoming today. Now, it is a real Metaverse.

Sebastien was born in France and studied at the prestigious Ecole Polytechnique engineering school.

After a few years of working in the video game industry, he decided to move to Canada to join the team working on the game “Assassin’s Creed” at Ubisoft.

This experience was important because it shaped his future.

In 2008, he returned to France to take care of the production of “Just Dance” at Ubisoft.

After a few years of leading a large AAA game team and productions, he decided to leave the comfort of a large studio to start his own company.

This is where The Sandbox comes in: in 2012, together with friend Yves Wegmann, he founded Pixowl, a mobile game development studio based in San Francisco, California.

The first game was “The Sandbox”, a game of building worlds in pixel art for iOS and Android.

It was just the beginning of something that came into focus not much later.

THE IDEA OF THE SANDBOX

The game was an instant hit, with over 16 million downloads.

It was clear that Sebastien had found his niche: he loved developing things like that and he loved games.

But what he really wanted to do was create a place where people could build their worlds.

Well before Facebook – indeed: before Meta – he was already working on the construction of a Metaverse.

So, in 2014, he and his team set about creating The Sandbox Evolution: a virtual world in which players could create their own games, experiences, and stories.

THE CREATION OF THE SANDBOX EVOLUTION

The Sandbox Evolution (remained simply The Sandbox) is a platform of content generated by users powered by the Ethereum blockchain. It allows creators to monetize their creations through the use of blockchain-based assets, called “non-fungible tokens” (NFTs).

These NFTs can be used to represent game objects, experiences, or even entire games.

In The Sandbox, players can own, create, and trade these NFTs with other players.

The new version was released in 2019 and quickly gained popularity, with over 2 million registered users and over $1 million worth of NFTs traded on the platform.

The first partition was sold in 5 rounds, starting at a 40% lower price than the list, 48 Dollars.

After the rounds, which took place between December 4, 2019, and November 12, 2020, the entire LAND pool has been sold to players and investors.

Thus was born one of the first Metaverse. Thanks to Sebastien, users have begun to live in a 3D world built by its inhabitants, without central authority or control.

Many giants have already set foot on The Sandbox: Atari, to stay in the field of video games, Skybound Entertainment with The Walking Dead, Adidas, and even rapper Snoop Dogg.

They are all interested in building their experiences within a digital universe. But above all to start an online business.

The Sandbox is not only an economic opportunity for players and companies but a first look at what the internet will look like in the future.

“We can truly call ourselves pioneers in this sector since we have been working on it since 2018, well before the concept of Metaverse was so talked about and Blockchain-based gaming had a concrete use,” Sebastien explained.

“At the time we decided to recover the hugely popular The Sandbox franchise on mobile and turn it into a virtual and decentralized world.”

“The impetus for this decision came from the desire to protect players and their creativity. The original version, on smartphones, the Sandbox has been downloaded by over 40 million people and 17 million players have used the game tools to create models and objects.”

The Sandbox Metaverse coin is Sand.

“Within the ecosystem, our SAND Token functions primarily as a bargaining chip,” says Sebastien.

“It allows you to purchase items, equipment, NFTs, and LANDs, ie the territories in which to build gaming experiences. Some creators may require a payment in SAND to grant access to the experiences they have prepared.”

THE SANDBOX IS THE FIRST SELF-RULING METAVERSE 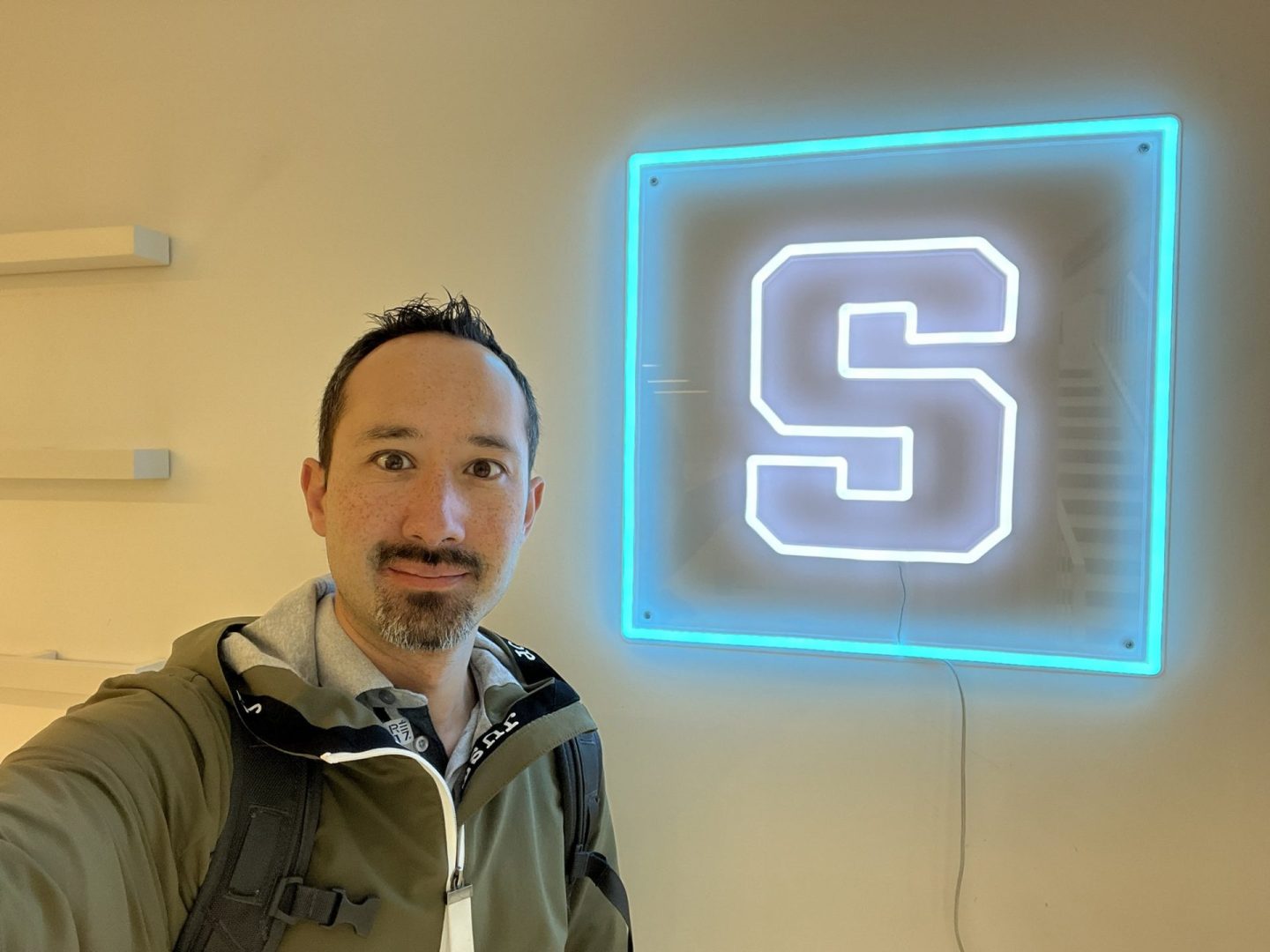 Over the next few years, Sebastien also wants to add a Governance function.

What is it about? I think it’s something pioneering.

“Users will be able to vote, in proportion to the number of SANDs they possess, proposals, and resolutions for the management of the world, thus having a direct influence on the development and equilibrium of the Metaverse. The Sandbox will practically become a digital nation.”

I am curious to see the first case of a virtual political-social experiment.

The lesson of Sebastien for me is precisely this, to use the fantasy.

I don’t mean the imagination of artists, to create who knows what abstract or cuboid artwork or painting.

I mean the visionary’s fantasy.

Sometimes to be a successful entrepreneur you have to see beyond others, beyond what the crowd sees.

That’s exactly what the protagonist of this story did.

Without being able to see what life, the world, and technology will be like in a while, you will never be able to anticipate the times and create innovations.

But you have to be a bit of a visionary even in everyday life.

Don’t get me wrong I’m not saying like Steve Jobs or Sebastien Borget or Mark Zuckerberg.

But you have to anticipate what you know could happen in the hours following, for example, when you organize a meeting or a workgroup, and anticipate the unexpected.

In a building project, you have to organize the work teams and foresee hitches and difficulties and be ready to find other solutions.

It happens in all jobs and in all families. So the more you develop this quality, the more you will be able to manage your life well and that of those who collaborate with you or live with you.