Save UsWe Will Spend Less Time On Facebook And Tik Tok, The Metaverse Is Virtually More Beautiful 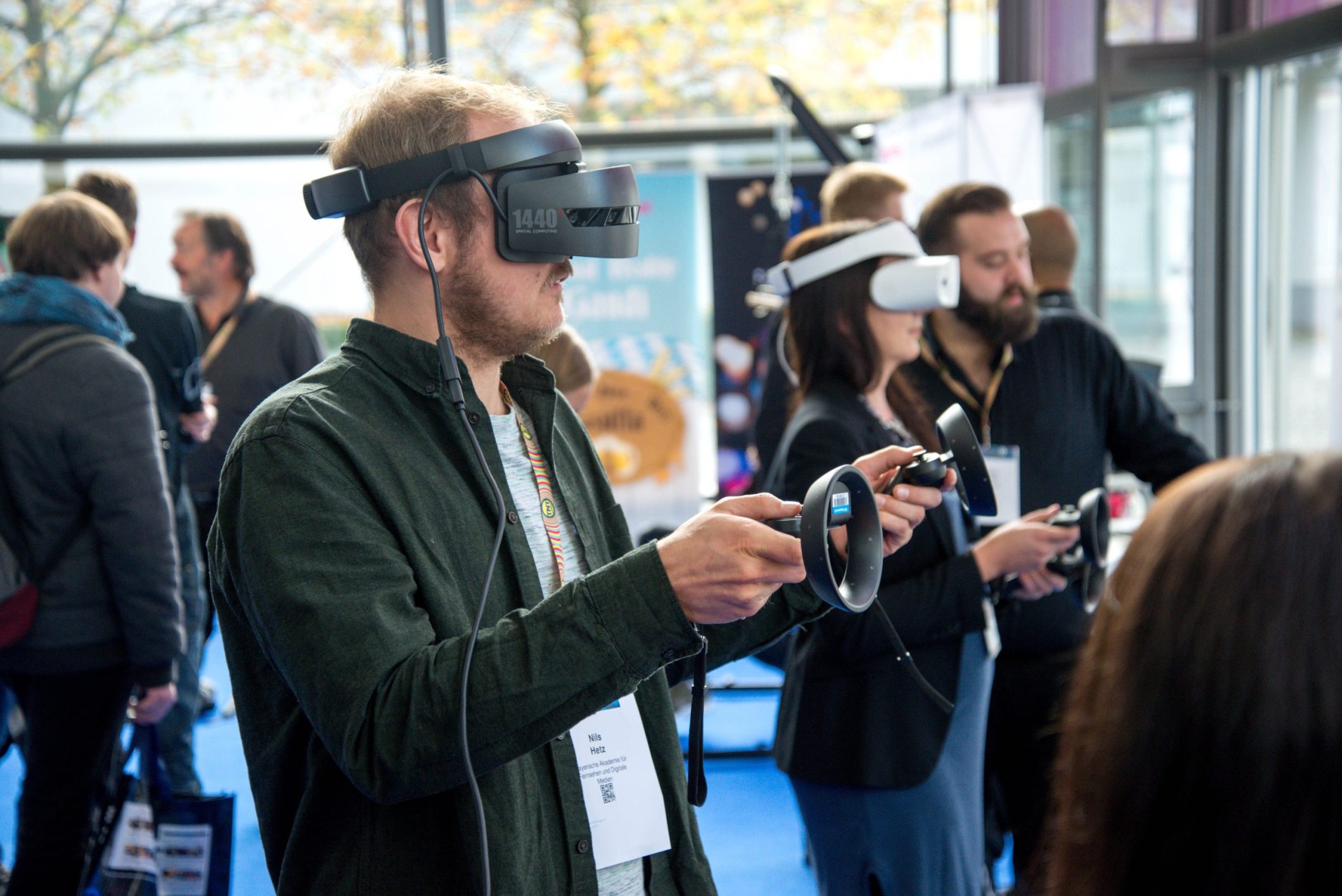 The metaverse, also called Metaverse, is a set of virtual reality networks where people can live and work instead of doing it in the office. It sounds like science fiction but the first steps are already being taken to create this internet of the future with avatars (digital representation of human beings).

The development of Virtual Reality began even before the arrival of Oculus Rift in 2013. The largest technology companies such as Microsoft, Facebook, and Google are investing billions in the creation of headsets, headsets/retinas for Virtual Reality.

These technologies will not be used for entertainment purposes only (video games).

It has become evident that they will also play an increasingly important role when it comes to communication. Think about meetings, Chats/meetings with friends or colleagues…events.

Ten years ago, only the most obsessed video game players would have covered their walls with movie posters like The Matrix or Avatar. Today, these films are the inspiration for some of the largest companies in the world.

The most interesting thing is that some big social networks like Facebook and Twitter have already started creating avatars on some virtual reality sets. We could say that they opened a door for us while we were not yet ready to go out.

These two giants have decided to start investing in this new internet because it will be one of the next great steps in technological evolution.

A new way to communicate with friends and family by creating an avatar that represents you just like you do on Facebook or Tiktok, but with more possibilities.

HOW MUCH TIME WILL YOU SPEND IN THE METAVERSE?

Today we spend a significant portion of our day on the internet and who knows how much time we might spend on virtual reality sets. Because the experience there will be much more realistic and exciting.

This is an interesting question: How much time will we spend living in the metaverse?

It is very difficult to estimate this because anything can happen thanks to cutting-edge technologies.

Imagine, for example, that you play video games three hours a day with your friends from all over the world or that you participate at least once a week in a gathering organized by friends where you meet other avatars and chat with them.

“What do you think about doing these two activities for seven hours a day? So you can imagine spending more than 25% of your life in the Metaverse ”

According to reliable research: we know 75% of users would like to spend at least 20 hours a week in virtual reality.

And most individuals would even prefer to live in a virtual world rather than in reality.

But when you think about it, we don’t need research to tell us that we will probably be using the Metaverse for several hours every day.

Just imagine what can happen if your avatar goes to school and takes the place of your kids.

Imagine creating a metaverse where everyone can live, work and interact with each other

Imagine having all of our friends close.

Imagine living in a world without borders and without wars. 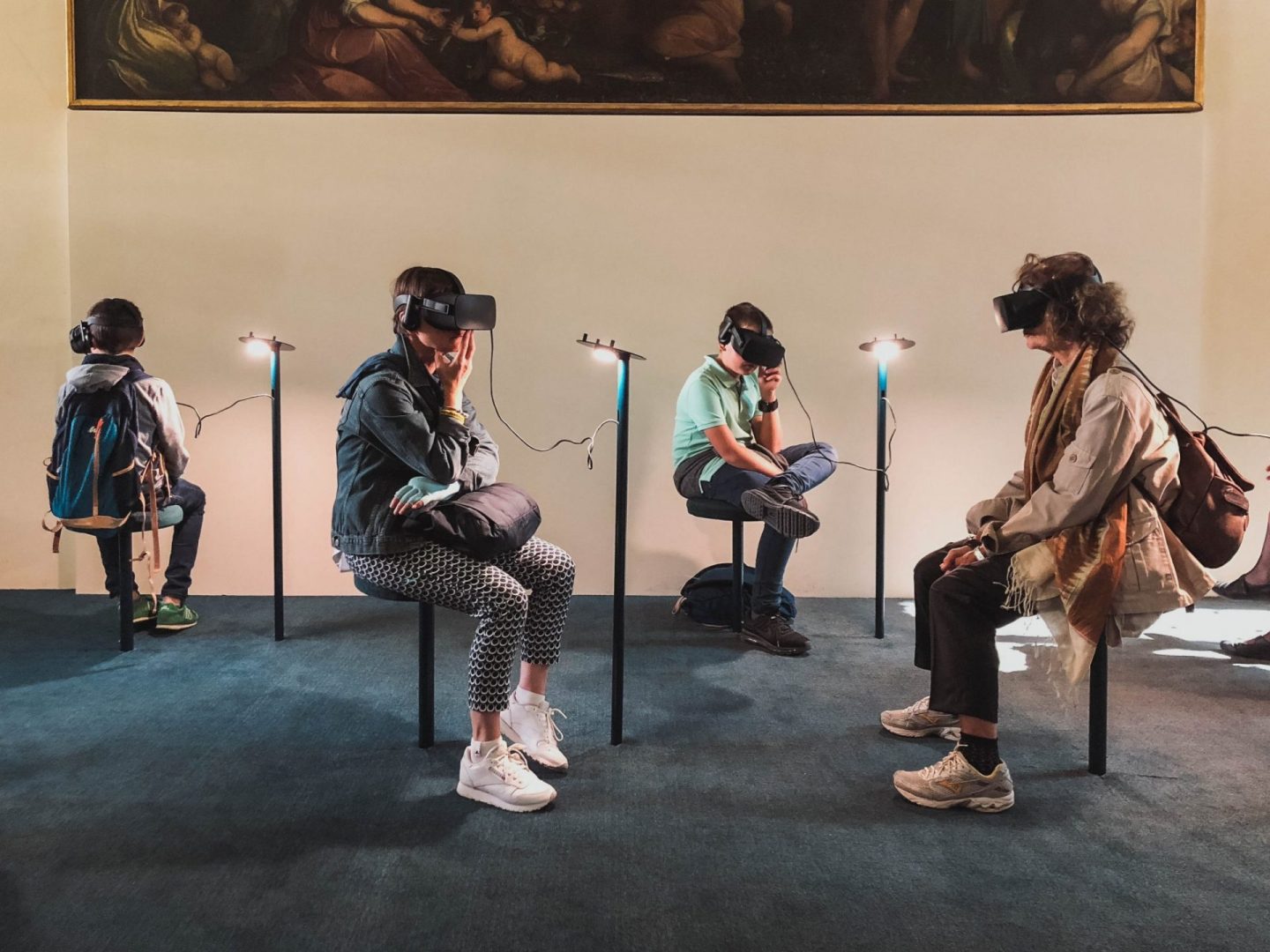 DO THINGS THAT ARE IMPOSSIBLE IN REALITY

There are activities that you can only do in the virtual world.

– You can create and design your home and show it to friends.

– You can do business with another avatar anywhere in the world.

– You could be a famous singer with millions of fans.

– Getting lost in an unfamiliar place, away from everyone.

– Your avatar working while dealing with family problems at home.

If by chance you are simply comparing it to the internet you are very wrong. In the Metaverse, the experience is more intense.

“Did you know that Justin Bieber gave a concert in the Metaverse?”

He did it thanks to a set in virtual reality. Thousands of fans followed him. Glued to their pc or tv screen for hours. But it could also be seen inside VR.

Now imagine being able to go to a different country with your friends and have the same experience of being there. It will be absolutely amazing.

So you will end up doing a lot of things that in reality would take too long to get around and organize. This will lead you to stay inside the Metaverse. 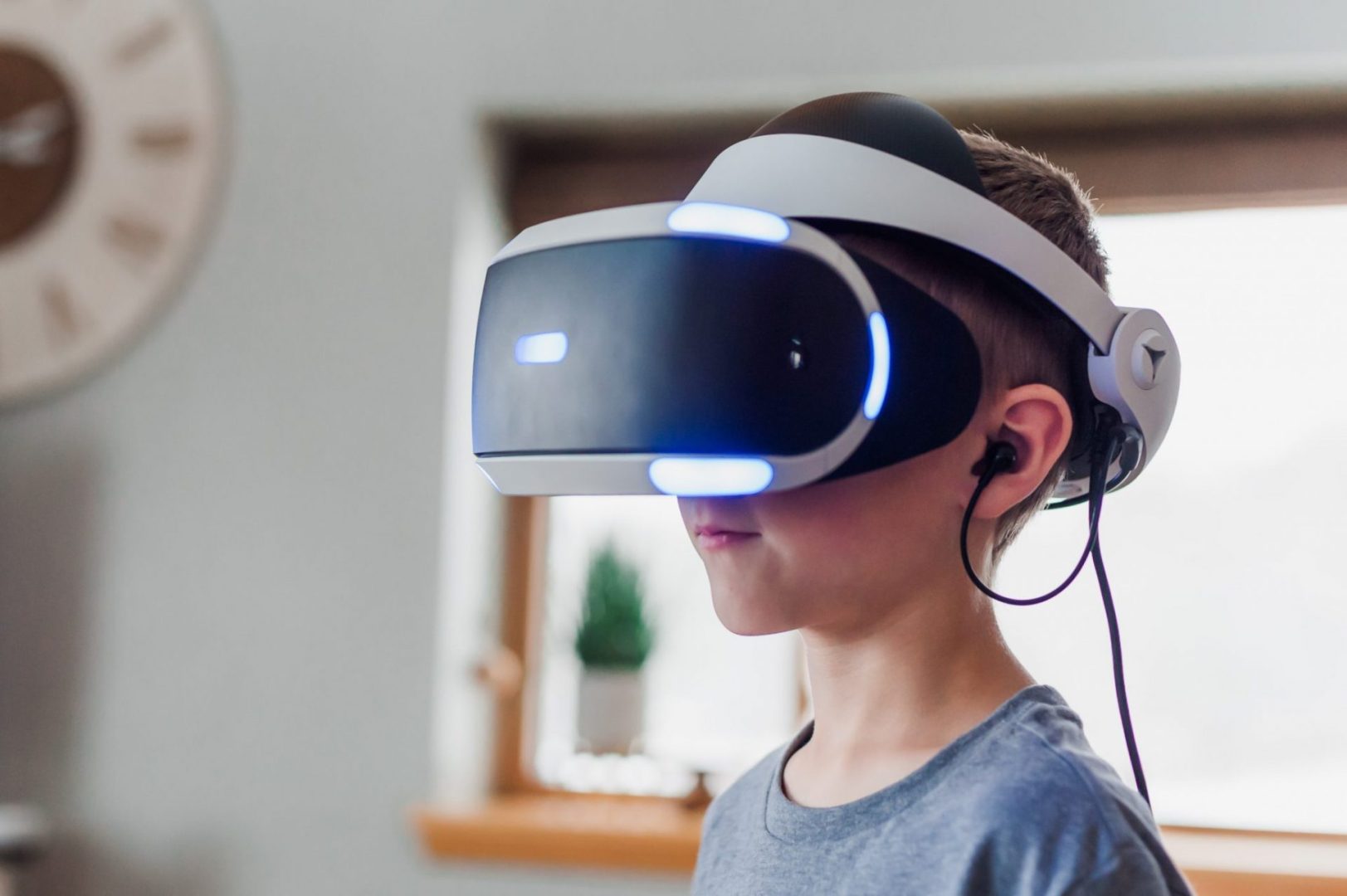 ECONOMIC PROFITS CAN BE MADE

Imagine all the shops, museums, banks, and businesses that will open there. It brings you to an entirely virtual place where you can make all your transactions without leaving your home.

Globally companies are already moving forward with the use of avatars to communicate with employees who work at different hours.

“Even Bill Gates said a while ago that he would like to live in a world like this.”

Think about self-employment: it will no longer have limits. Every day you will be able to produce new things simply by uploading them from your home.

So if you are a person who does not like leisure and entertainment but thinks a lot about work and doing business …. here is another way to immerse yourself in this future reality and stay connected for hours.

Did you know that being able to use the Metaverse would make us feel better than reality? It’s a fact.

Just think of the person living alone but socializing in virtual reality. You can be sure that this person will feel much better than if they did not have the opportunity to do so.

There are also people who don’t even want to leave their homes because they are too afraid of what might happen to them outside. These people would definitely feel safer in a perfect world like this.

So, all you need now is to look at your life and see how many hours you waste on things that aren’t really important. Look around and imagine … is this really what you want to keep doing? No, it’s not … why? Because there is no future in doing things like this. 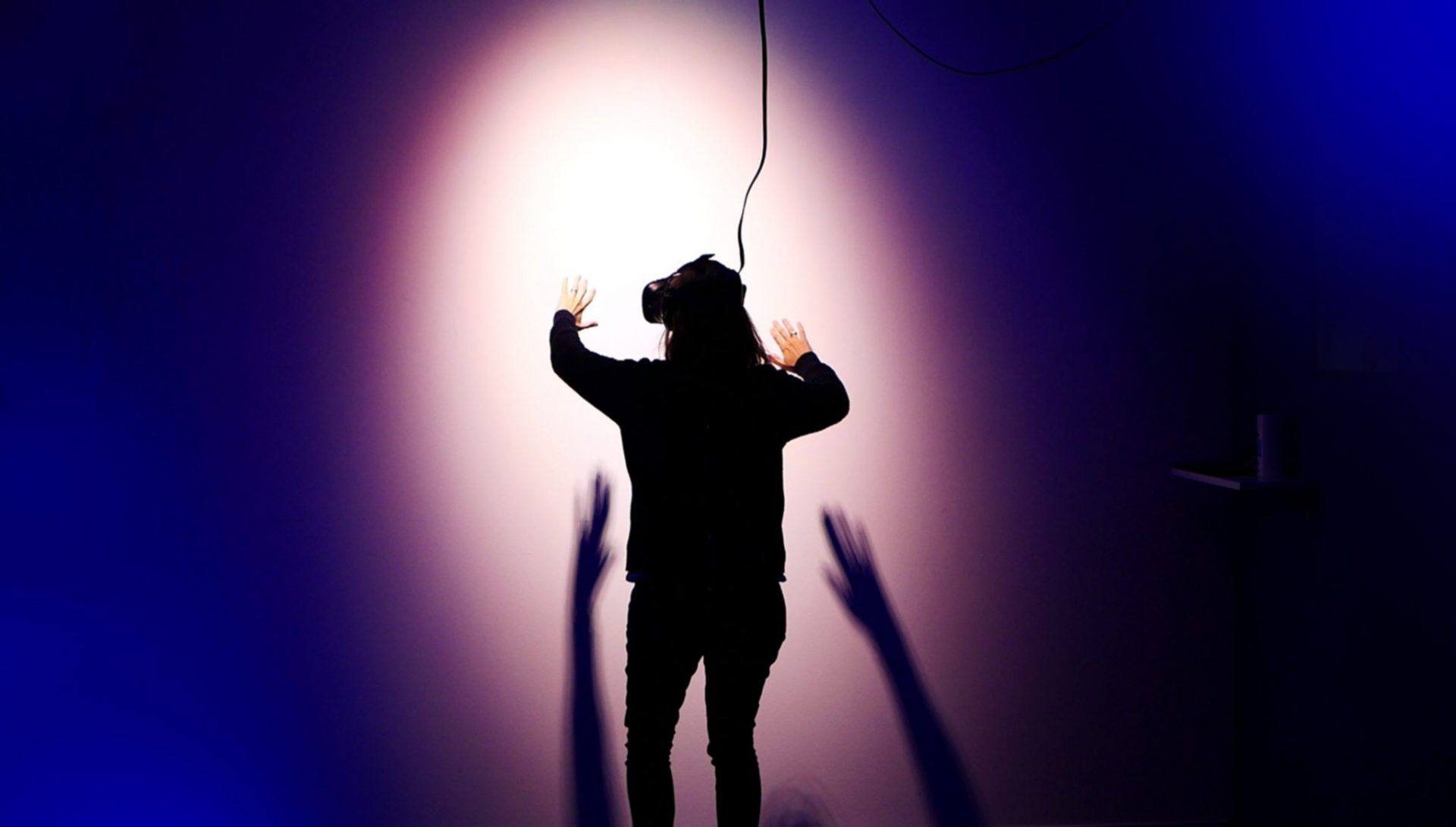 What will happen when everyone starts to have more empathy thanks to this incredibly advanced technology?

Warning: if you are doing it I repeat to you, do not compare the Metaverse to social media. That’s a whole other story…

Last year, one of the world’s leading social networks, Facebook, recognized that its platform is bringing out all the evil in people. That’s why they’ve recently started LOOKING for ways to improve it.

People spend more time alone with their smartphones than ever before.

More than 30% of teens feel depressed due to this lack of empathy.

So what’s better than starting a new positive cycle? To be able to meet people all over the planet just by being ourselves … would be amazing.

But it’s not just about being empathetic towards other humans or even towards society … What if we did it towards ourselves? Especially after a hard day at work where you have felt so exhausted and tired ….. Many people just give up.