He Wanted To Sell His Company Due To Lack Of Funds, But Ma Huateng Later Became One Of The Richest And Most Successful Businessmen In China 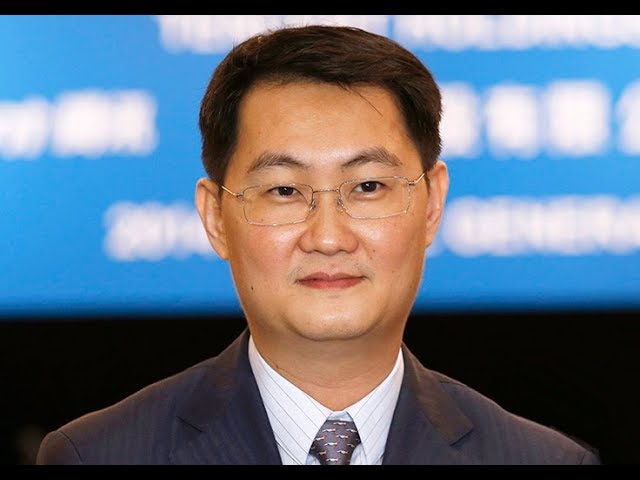 Who is capable of acquiring these recognitions all to himself? You might be curious to find out who this is, but do you want to take a guess before I reveal his story to you?

Well, let me help you out. This man’s name is Ma Huateng. Ma Huateng is the Co-founder, Chairman, and CEO of Tencent Holdings. Compared to the Jack Ma we all know, this Ma keeps a low profile regardless of his wealth and achievements.

Keep reading, as I take you down the road of the inspirational story of this mysterious man.

THE EARLY LIFE OF MA HUATENG

On October 29, 1971, the world witnessed the historical birth of Ma Huateng. Ma Huateng was born in Chaoyang, a district in Shantou, Guangdong province, China. Ma was like every regular child in China, and like every little child, he enjoyed accompanying his Father to his place of work.

Ma Huateng’s father, Ma Chenshu, got a job as a port manager in Shenzhen when Ma Huateng was young. Due to the new job, Ma Huateng had to move to Shenzhen with his Father, where he continued the rest of his young life and education.

Ma Huateng was bright and enthusiastic when he was young, and the new environment he had moved to made his passion for technology skyrocket. Shenzhen happened to be a highly advanced technological city, and this left Ma Huateng curious about the existence of technology, making him want to get to the bottom of technological knowledge.

Ma Huateng began to increase his knowledge as he was going up the educational ladder. After Ma Huateng’s basic educational levels, he decided to apply to study Computer Science at Shenzhen University.

He was already on the right path to discovering the secret of technology, how he could use it to his advantage, and also, how to use this knowledge to help the world. In 1993, Ma Huateng earned a Bachelor of Science in computer and applied engineering.

Due to his brilliance and diligence, he was able to graduate from Shenzhen University. The educational path was over for MA Huateng, but what awaited him was a new challenge he was bound to face on his path to success.

THE CLIMB TO THE TOP

Ma Huateng was hired by a telecommunications firm in Shenzhen. Ma Huateng’s job was to write code for pagers. He earned $176 per month while working this job.

Ma Huateng didn’t see how his current job was enough to give him the chance of taking advantage of technology. He definitely knew $176 was not going to see him become a financially free man.

Ma Huateng wanted something bigger, but he knew he wasn’t ready. His dream did not change, but his job did. After working at China Motion Telecom Development for a while, he decided to try somewhere different.

Ma Huateng began working for Shenzhen Runxun Communications Co. Ltd. His job required him to engage in the research and development of Internet calling services.

While working at Runxun Communications, Ma Huateng found his answer. He concluded he had attained the height of technological knowledge he needed to achieve his dreams.

THE BIRTH OF TENCENT TECHNOLOGY 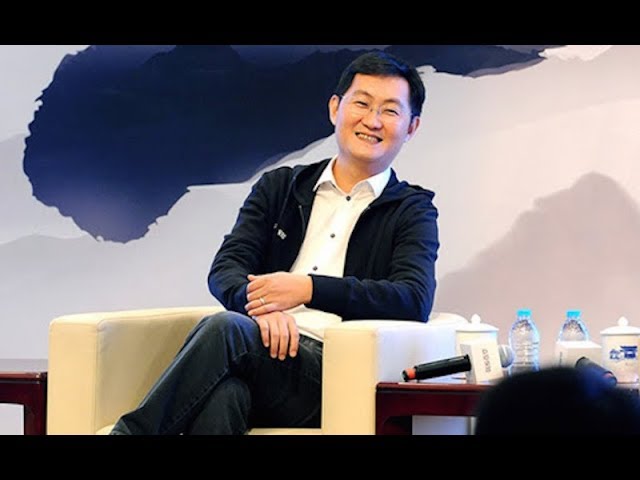 Ma Huateng knew how big his dream was at that time, he knew he couldn’t do it alone. This was when he decided to bring along his former schoolmates, to use teamwork, intellectual dominance, and a shared vision to achieve this goal.

In 1998, Ma Huateng and his partners formed a company named Tencent. The name was significant for two reasons. First, it was part of Ma Huateng’s name. Secondly, it meant “galloping fast information.” A meaning which was related to the goal of Tencent.

Tencent was created as an internet and technology-based company that helped to develop innovative products and services.

Ma Huateng and his partners decided to step on the accelerator to quickly drive the company forward. This helped produce the company’s first product after which Ma participated in a presentation for ICQ. ICQ is the world’s first Internet instant messaging service.

After this event, Ma Huateng and his team got an idea and decided to try on an experiment. The idea was inspired by ICQ, and the processes were meant to be similar to that of ICQ.

In February 1999, Tencent decided to launch this software program which they named Open ICQ. Not really creative with the name were they?

Ma Huateng and his team were too carried away creating this project to think of a better name. Maybe making the name similar to that of the original ICQ was part of their plan.

Towards the closing of the year in 1999, Open ICQ gained astonishing popularity. Within the twinkle of an eye, the software had about one million registered users. Open ICQ immediately became one of the largest creations under its technological department in China.

THE PUSH TO THE TOP

The lack of creativity in choosing a name for their software eventually brought trouble for Ma Huateng. AOL acquired ICQ in 1998, and they became angry when they found out about Ma Huateng’s Open ICQ project.

This made them sue the company, which later led to Ma Huateng and his team, changing the name of the software from Open ICQ to “QQ” However, this wasn’t the last of Ma Huateng’s problems.

At a point, Ma Huateng and his team were positive that their company had a good future. There were eager to make history, and also become internationally recognized. Despite their huge ambition and milestone achievements, they still had a major problem.

They did not have enough funding. Although they had bigger dreams, they did not have money to approach these dreams. This demotivated them a bit, and they started thinking about ways to solve their problem.

Ma Huateng was now faced with two ideas, one was a lot more daring than the other, but a good success required greater risks and sacrifices. Ma Huateng thought about getting a loan from the bank, or better still, he could just sell off the company, he thought to himself.

What risk do you think Ma Huateng picked? Let’s find out.

THE FATE OF MA HUATENG’S TENCENT 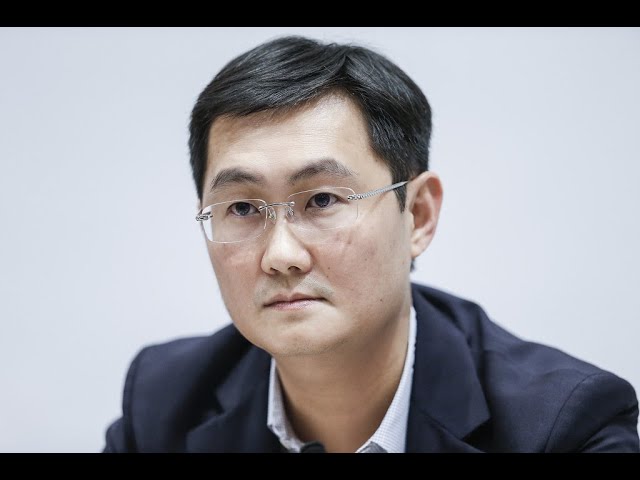 Surprisingly, Ma Huateng had a third idea. This idea was much better than the previous ones he had, so he decided to go with it. Ma Huateng began sorting out investments that would help the company progress further.

In 2000, Ma Huateng found two firms that were willing to invest in Tencent. A 40% worth of Tencent shares valued at $2.2 million was bought by Pacific Century Cyberworks and International Data Corporation.

After spending more time in the market, Ma Huateng and his team began to improve the quality of their platform. From then on, Tencent was identified as the next big thing.

– In 1999, they launched an instant messaging service which was named QQ.

– In 2003, Tencent launched a web portal for QQ. In 2004, Tencent was listed on the main board of the Hong Kong Stock Exchange.

– In 2006, QQ.com took over to become the largest portal in China. WeChat, Tencent’s popular social media has over 1 billion users.

– Today, the market capitalization of Tencent is worth 2.34 trillion Hong Kong Dollars.

Right before their eyes, Tencent, their foundational dream began to grow. Ma Huateng would have been astonished to have been the co-founder of a tech company; one of which he once looked up to as a child.

Today, Ma Huateng the co-founder and CEO of Tencent Holdings is now worth $27.5 billion USD. In 2021, he was recognized as the 4th richest man in China. He did not just fulfill his dreams, he also gained financial freedom.

Despite Ma Huateng’s preference for keeping a low profile, his inspirational story and his attitude toward his vision have laid a path of mentorship for every dreamer out there.

– Think about something new, do not copy an invention just because it is gaining blinding recognition. All that glitters is not gold. Think before you act. Why do you have to rush your dream? It is going to come true at the right time anyway. You would be vulnerable to damaging mistakes when you rush decisions.

– Be ready for change. Change can happen anytime and anywhere. You should be ready to accept it and make it work in your favor.

– Consider a User-friendly invention. Don’t go in for the profit or the trend.

Be ready to make sacrifices for the people you would be selling your services to because they are the ones that truly matter.

– Consistency determines relevance. It is mostly about consistency, keep doing what you are doing a step at a time, and one day, you would rise beyond your imagination.

These are some of the things that helped Ma Huateng through his journey, and today, he is a great man.