After Dropping Out Of School Twice And Never Graduating, Larry Ellison Is Now The Co-founder, And Ceo Of Oracle 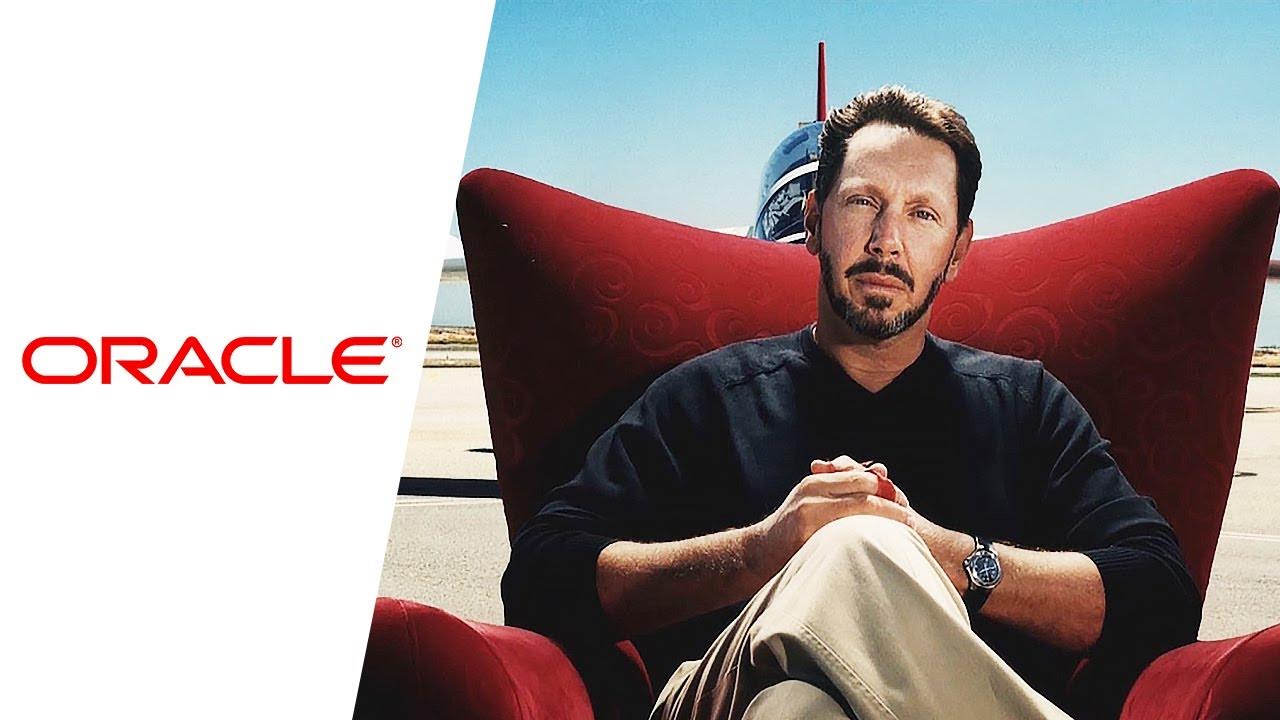 Larry Ellison really took this quote seriously. Trust me when I say life did give Larry Ellison more lemons than he could handle. This, however, didn’t stop Larry from being who he is today.

Larry Ellison is the 7th richest man in the world and the CEO of Oracle.

Do you want to know how this man attained this? Or how many lemons he received from life? Then keep reading, as I lead you through the inspirational story of Larry Ellison.

Lawrence Joseph Ellison (Larry Ellison) was conceived out of wedlock. 9 months after his birth on August 7, 1944, he contracted pneumonia. His Mother, Florence Spellman then decided to give Larry up for adoption to her aunt and her husband.

As a child, Larry Ellison received a lot of love from his adoptive mother. He had a distant familiarity with his adoptive father, Louis Ellison who was working for the government at that time.

Larry Ellison was born in New York City but grew up with his adoptive parents on Chicago’s south shore.

Young poor Larry did not realize he was adopted until he was twelve. This period would have been quite sensitive for Larry as he committed a series of rebellious acts

Larry Ellison had always wanted to be independent as a young boy, but this attitude from Larry did not exactly sit well with his adoptive father and it resulted in frequent clashes between them.

From South Shore High School, he went ahead to further his studies at the University of Illinois as a pre-med student where he was named science student of the year in his freshman year.

Larry Ellison had more than enough potential to navigate the career waiting for him.

However, life decided to give Larry a new lemon.

THE STRUGGLE FOR SUCCESS BEGAN FOR LARRY ELLISON

Could it get any worse? Actually, it could, and life wasn’t ready to give Larry a break.

Just after the death of his adoptive mother, Larry Ellison dropped out of the University of Illinois.

Though Larry’s actions were justified, he needed stability after the death. To everyone’s relief, Larry returned to School in 1966.

He studied Physics and Mathematics at the University of Chicago. It was a fresh start for Larry Ellison.

Larry Ellison dropped out again after g a semester at the University.

What was wrong with Larry? Apparently, you aren’t the only one thinking about that question; Everyone was. In fact, Larry’s adoptive father gave up totally on him. It seemed as if the world was against Larry, and it was believed nothing good would come for the two-timed dropout.

Perhaps they were right. Maybe that wasn’t the case.

During Larry’s time in and out of school, he was able to acquire basic knowledge of computer programming. This might just be what he needed to take control of his life again.

Larry Ellison decided to move from Chicago to Berkeley, California at the age of 22. He had only a few bucks to sustain himself, and a skill he hadn’t known how to develop yet. He packed everything he owned into his car and departed Chicago.

Larry Ellison had to work a few jobs so he could sustain himself, and most importantly, gain more experience.

This was how he found himself at Fireman’s Fund, Wells Fargo Bank, Amdahl Corporation, and Ampex corporation. During his time at each place, he developed a relationship with software and a business mindset. From then on, he started using his experience to its full potential.

A NEW BEGINNING FOR LARRY ELLISON 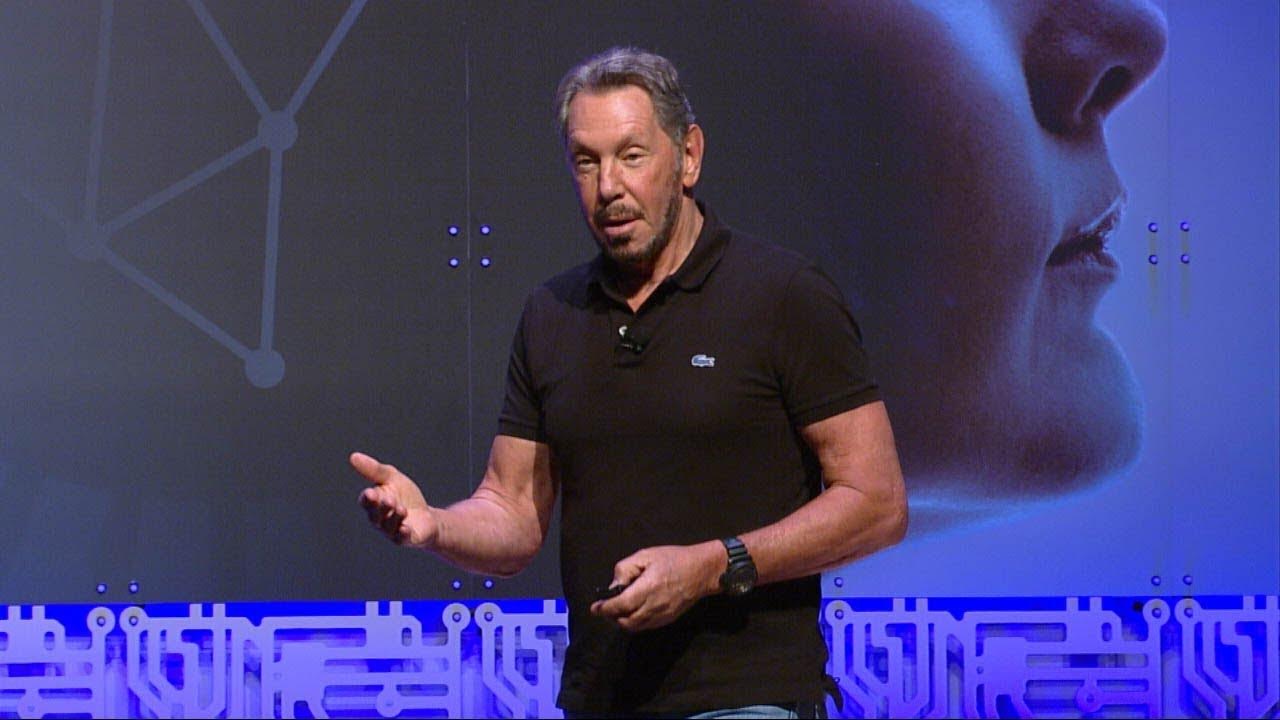 “When people start telling you that you’re crazy, you just might be on to the most important innovation of your life.”

While everyone seemed given up on Larry Ellison, he wasn’t ready to give up on himself just yet.

Larry and his colleagues at Amdahl, Ed Oates, and Robert Miner, came together to work on a plan. This plan led to the birth of their first company in 1977, Software Development Labs (SDL).

Larry’s first significant career milestone was when he came across a project being developed at IBM under the concept of a Structural Query Language. While other developers in this project saw no commercial potential, Larry did.

After its project, Larry and his partners got awarded a two-year contract to work on a database for the CIA. They termed this project “Oracle”.

Larry and his partner renamed their company RDBMS Oracle and began developing it from there.

– In 1980, Oracle had a decent revenue flow. Although it was still under $1 million.

– In 1981, IBM used Oracle for its mainframe system. A movement that doubled Oracle’s sales for the next 7 years.

Not only did Larry start regaining faith in himself, everyone was now seeing the growth of his company at a rapid rate.

Although Larry was already doing good, life was still interested in teasing him. So, life gives Larry Ellison his last career lemon.

Oracle was soaring high from 1986-1989 till something happened. In 1990, the company was close to bankruptcy after its market capitalization went down by 80 percent.

What do you think Larry did? Probably the poor young man gave up, folded the company, and packed his bags back home.

Actually, he did none of that. He immediately calculated ways to solve that mess. Larry replaced the management section of the company with professional minds who could use their intellectual dominance and experience to develop the company, and also add more value to it.

Not long afterward, Oracle began to grow faster than before.

Oracle Corporation was now worth about $170.56 billion in market capitalization, and the company doesn’t seem to be getting out of the game anytime soon.

Seeing that the company was now in safe hands, Larry Ellison decided to engage himself in the hobby he enjoyed the most…sports.

He was good at all he did; from business to sports. He won all kinds of awards, including a prestigious yacht racing trophy that had illuded America for some years.

Although Larry Ellison suffered serious injuries from some extreme sports he engaged in, it still didn’t stop him from doing what he loved.

Some people choose to accept the lemons life throws and remain defeated.. If Larry Ellison had accepted his lemons and remained defeated, he probably wouldn’t have a success story today. Larry’s life reflects a lot of lessons for us.

– Learn to look beyond what you see, and dream big. Despite the circumstances that surrounded your childhood, you should let go and focus on the bigger picture. The past doesn’t define you.

– It is not every day your future will look assured, and that’s okay. It shows you that you have the power to design how you want your future to be.

– Do not be defeated by criticism. What’s success without criticism? Learn to make decisions that suit you without fear of what the world would say. Your life is yours, and not theirs.

– Dedication will take you places. Even if it looks crazy, stay dedicated to your crazy idea. Who knows, the world might need that crazy idea someday.

– You’ve got this. You don’t have to feel bad because you are alone on your journey. Keep pushing and make your dreams come true.

Larry Ellison’s life serves as an inspiration. Believe in yourself, one day, you will be victorious. If you are wondering if Larry Ellison got to meet his mum, I’m happy to tell you that he did. Larry Ellison met his biological mother when he was 48 years old.