Often earlier than necessary, people take others’ opinions about themselves to be true. They solely believe in those opinions that they forget to chase their own dreams by looking at themselves first.

This made Jack Ma an exception from his peers and location. He refused to believe anyone had to say about him. He thought he was as good as anyone else on Earth.

Today, it will be unjust to write off Jack Ma from the history of business successes in China. He’s the co-founder of Alibaba and other successful businesses across the world.

Read the inspiring story of Jack Ma, and give yourself some sense of belief that you can become whatever you need to become. 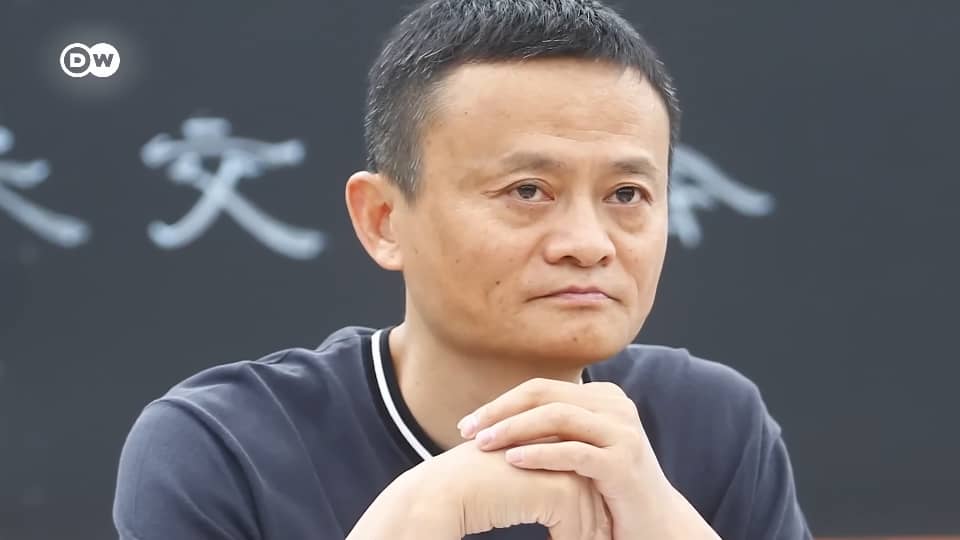 Jack Ma was born in Hangzhou, Zhejiang, China, in 1964. He came from a low-income family that owns a bookshop. His grandfather was a security officer in the second Sino-Japanese War.

Jack Ma was born as Ma Yun. That was the name he was given after he was born. When he was 12 years, he got himself a pocket radio and would listen to only English channels. He fell in love with the language and wanted to improve this skill.

When he turned 13, he had to change schools because of too many fights with his colleagues in that school. He wrote his entrance exam into college and failed for the first time. He got just a single point in mathematics.

This brought frustration to Jack Ma’s door. He was hopeless without any fate. He thought of leaving his studies for a while. Later that year, he and his cousin applied for a job as waiters in a hotel.

The hotel took his cousin, but they rejected him. The boss claimed that Jack Ma had a bad appearance, which is unhealthy for the hotel business.

In 1983, Jack Ma convinced himself to try out his luck in college again. He applied and fell off for a second time. But this time his mathematics had improved. He got 19 points.

After noticing that these tryouts would cause their son the deepest depression, his father persuaded him to leave college out of his list. He wasn’t destined to go to college. Maybe not at that time. But he agreed.

Later, he continued to work as his father’s secretary. But that wasn’t enough. So, his father asked him to run rounds of books to the magazine. This was just for him to be lively and not let the depression kill me.

Jack Ma rode his bicycle for almost nine years in and out of the streets of Hangzhou. He later became a porter, helping foreigners with their luggage so that he could improve his English.

He befriended one of the foreigners and became his pen pal. The foreigner gave him the name Jack because he couldn’t pronounce Ma Yun precisely as the Chinese would. Ma Yun loved the name and took it personally.

Despite his family’s opposition, Jack Ma took his third entrance exam into college in 1984. This time, he did excellently well. He got 85 points. But that wasn’t enough to get him to where he wanted.

He got promoted to study a foreign language at Hangzhou Normal University. There he performed well with good grades. He even ranked among the Top five departments of foreign languages because of his excellent English.

He graduated with a Bachelor of Arts in English in 1988. Shortly after his graduation, Jack Ma became a lecturer in English and International Trade at Hangzhou Dianzi University.

The Harvard Business School was seen as the best for those who wished to become business tycoons. Jack Ma was no exception. He applied to the school ten times and was rejected all those times.

The next option was to apply as a lecturer and get a living. That was how he got to Hangzhou Dianzi University. Before he got to the university, Ma Yun claimed, in his autobiography, that he had applied for 31 odd jobs and was rejected by all.

He mentioned that when KFC arrived in his city, 24 people applied. Twenty-three were selected. He was the only one rejected. But despite all these rejections here and there. Jack Ma didn’t let this weigh him down. He kept on pushing.

He continued to be a lecturer until 1994 when he learned about the internet. Jack Ma saw this as an opportunity to start his business and founded his first company.

He founded the Hangzhou Haibo Translation Agency. He would translate articles, scripts, and all sorts of media from English to Chinese and vice versa.

In 1995, Jack Ma left for the US on behalf of his municipal government alongside those who brought the internet to his doorstep. On getting to the US, Jack Ma noticed a lot of information about beer from different countries. But there was none from China.

He tried to search for the entirety of China on the web from the US, but no information popped up. This appeared to be an insult to Jack Ma, but he treated this as a business opportunity.

He and his friend, He Yibing, a computer teacher, decided to create webpages for China. The pages were ugly compared to other countries’ websites, like the US.

Within 3 hours of launching the website, they received several emails from Chinese investors wanting to know about him and their business. They created their first office in April 1995 and registered it as their second business.

On 10 May 1995, they registered their website in the US as chinapages.com. Within three years of operation, the website generated about $800,000. This was when Jack Ma knew that the internet had a lot to offer.

Jack Ma continues building websites for Chinese investors with the help of his computer friends in the US.

THE FOUNDING OF ALIBABA AND FINANCIAL STABILITY 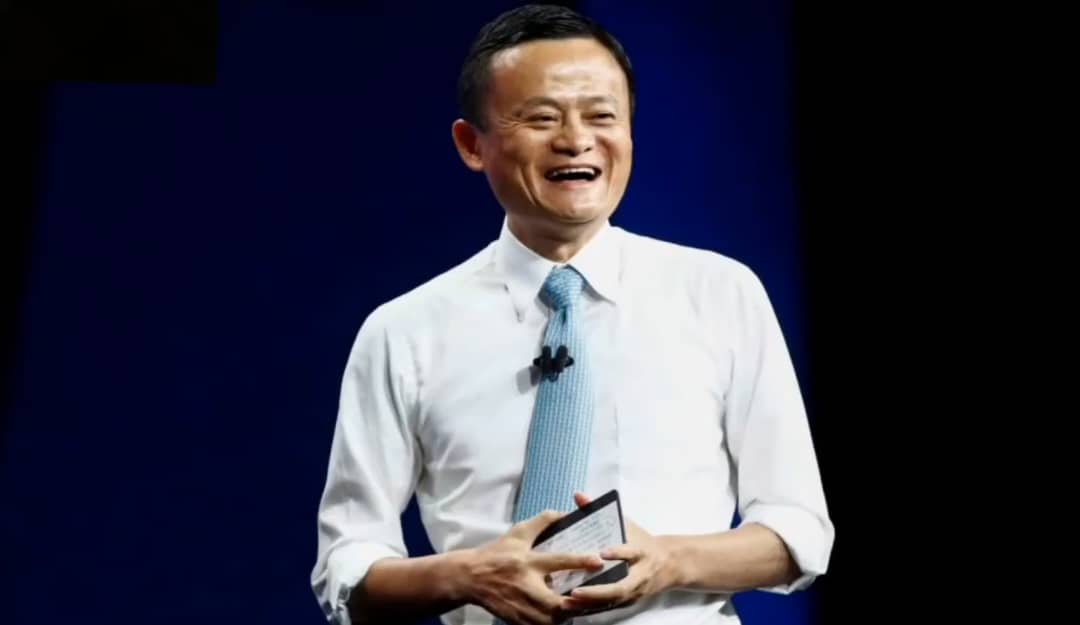 In 1999, Jack Ma returned to Hangzhou, China, after he quit his job as the head of an Information Technology company at China International Electronic Commerce Center in the US.

He created Alibaba in his apartment with 18 of his friends. Alibaba was then a business-to-business marketplace site in China. Jack Ma started this venture with around 500,000 yuan.

Within three months, seeing the prospect of foreign investors, Alibaba won a $25 million Capital investment from Softbank and Goldman Sachs. This was unbelievable to Jack Ma. He never thought he could do it, but all thanks to the internet and his visit to the US.

Goldman Sachs did this to address the challenges that the World Trade Organization is facing and improve the domestic e-commerce market and perfect the e-commerce platform for China. Most especially the Small and Medium Sized Enterprises.

Jack Ma wanted to improve the global e-commerce system, and with the encouragement of Alibaba’s success, he founded four more ventures. After three years of investment, Alibaba became profitable. It was indeed a complete success.

After the unbelievable rapid rise of the Taobao Marketplace, eBay offered to buy it, but Jack Ma rejected the offer.

Jack Ma was the wealthiest man in China until March 2022, when he encountered business sabotage.

Better still, he’s the fifth richest man in China and the owner of one of the largest e-commerce platforms in the world, Alibaba, and its subsidiaries, AliExpress, and Alipay.

Jack Ma would have ended his life riding a bicycle around Hangzhou distributing books. But he didn’t allow his present situation to hold him down. He believed his instinct after failing the college entrance exam twice. You could successfully climb up the ladder of success if you follow the lessons in Jack Ma’s success story. Some of them are:

-Trust your instincts; you’ll find greatness according to your mindset and what’s tailored for you.

-Most people would have given up after the second time, but Jack Ma didn’t. And he got the opportunity to become who he is today.

-Being rejected by people doesn’t mean you’re a failure. Do not let others’ opinions become your reality. You don’t know what life has in place for you. You just have to believe in yourself and go after your dream.

-Treat opportunity as early and kindly as you can. Forget about circumstances, look for opportunities, and go for the greatest. Jack Ma became who he is today because of how he responded to opportunities.