After He Lost His Mother At A Very Young Age He Founded A Company That Built Electric Trucks. He Also Convinced General Motors

If there is a (green) entrepreneur whose story really intrigues me, it is Milton Trevor of the electric vehicle sector. He is the founder of Nikola Motor and has become one of the richest millennials in America.

But all this did not happen without having to deal with difficult and tragic events in his life.

He was marked by the death of his mother, caused by cancer while Trevor Milton was a teenager. A hard blow for him. This was followed by a missionary experience in poor areas of Brazil. A phase of his life that was decisive for what has become today.

Continue reading to understand how Trevor used a principle to be successful. A principle that all of us should make our own.

Milton was born and raised in the state of Utah, His family, originally from South Africa, settled in the United States when Trevor was six years old. Trevor’s father worked as an aircraft technician and his mother in a textile factory.

Since childhood, Trevor has proved himself to be a visionary and has always been fascinated by technological innovations. At 16, he built his first website (a portal that connected high school students with companies offering internships.)

He later built another platform, called EmployU, similar to Indeed.com, but dedicated exclusively to the Utah market. Trevor Milton then sold the latter company for an unspecified amount.

In 2004, Trevor’s mother died of breast cancer and this event marked him deeply. Like many other young people who have gone through a death in the family, Trevor becomes more aware of the precariousness of life and decides to dedicate his time to helping others.

In 2005, he left as a missionary in Brazil, in the state of Roraima. Here Trevor knows the reality of extreme poverty and realizes that many of the people he meets live in desperate conditions.

He is struck by the situations of women. Many are victims of domestic violence and Trevor decides to help them by making himself available as a listener and confidant.

Thanks to his experience in Brazil, Trevor Milton understands the ability to listen is one of the most powerful tools to help others.

In 2006, Trevor returns to the United States and, after a short stint in a call center, decides to enroll at university to study computer engineering. 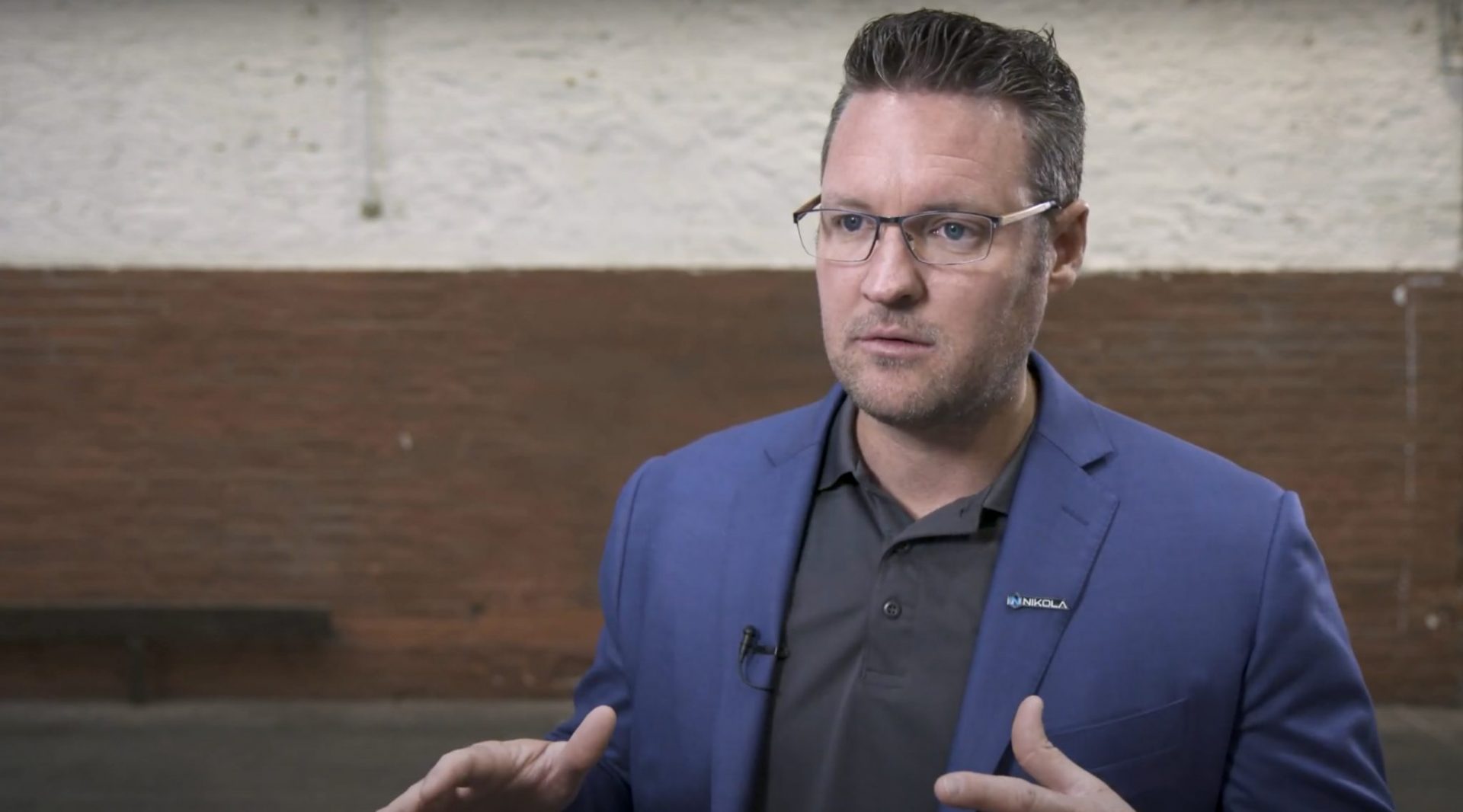 The young entrepreneur had already founded 4 companies before Nikola , including dHybrid Systems.

It was a startup that designed natural gas truck fuel systems.

In 2014, he sold the latter business to metals producer Worthington Industries for $15.9 million, then used the proceeds to start Nikola the following year.

Nikola Motor’s idea was born in 2014, when Trevor Milton and a friend of his, Bryan Hansel, decide to build an electric vehicle.

The two guys don’t have much money but, thanks to their engineering skills and determination, they manage to carry out their project: in December 2016 the Nikola One was born, the first electric car in the world to have 1000 HP of power. Then went into production in 2020

In January 2014, Trevor Milton and Bryan Hansel founded the Nikola Motor Company. The young company began working on new prototypes of electric vehicles and, within a few months, managed to attract the attention of important investors.

Among these is Kirk Hammett, guitarist of Metallica, who becomes a shareholder of the Nikola Motor Company.

After two years of work, in December 2016, the Nikola Motor Company presented the Nikola One to the world, the first electric truck in the world to have 1000 HP of power.

The Nikola One is an extraordinary vehicle in several respects. Not only is it extremely powerful, but it is also eco-friendly, quiet, and capable of traveling over 1000 km on a single charge.

The Nikola Motor Company began production of the Nikola One in 2020 and, within a few months, deliveries of the first vehicles reach the United States, Canada, and Europe.

In a short time, Nikola One becomes a real phenomenon. The 1000 HP electric is loved by celebrities such as Jay Leno and Floyd Mayweather Jr. and is appreciated for its extraordinary performance.

Today, the Nikola Motor Company is one of the most innovative companies in the world and continues to work to make electric vehicles even more efficient.

In 2019, the Nikola Motor Company presents the Nikola Tre, an electric vehicle destined for the European market.

The Nikola Tre is an evolution of the Nikola One: it is lighter and easier to handle, but it is equipped with a fast charging system that allows you to recharge the car in less than 30 minutes.

The Nikola Tre is presented as the most advanced electric car in the world and thanks to its exceptional performance, it soon becomes a real success.

– In September 2019, Nikola secured a $250 million investment from Dutch CNH Industrial, bringing its valuation to $3 billion and Milton’s net worth to just under $1.1 billion.

– On June 4, 2020, the company went public on the Wall Street stock exchange thanks to a company that was already listed on NASDAQ, VectoIQ, and changed its name to Nikola Corp.

– It also signed a partnership (worth about 4 billion) with General Motors, who in return obtained $2 billion worth of Nikola stock and a member of the company’s board of directors.

THE RIGHT REACTION FROM A SUFFERING TWENTY-YEAR-OLD

This is the formula used unconsciously by Trevor. It allowed him to overcome his mother’s trauma and find new lifeblood in something new to fill his life.

It fueled the desire to pursue goals that would improve people’s lives.

He turned an unpleasant event into concrete action, leaving Trevor Milton behind, and decided to dedicate his life to creating electric vehicles that would help reduce polluting emissions.

– Pain: the sudden death of his mother at just 18 years old.

– Positive reflection: thanks to his journey he accepted what had happened and found a new challenge, the need to do something to improve the situation in the world.

– Channel the Reaction: By dedicating your life to creating electric vehicles.

Trevor Milton transformed an unpleasant event into concrete actions, leaving the pain behind and focusing on a specific goal: to improve the situation of the world.

His perseverance and constant commitment have been rewarded. Today Trevor Milton is recognized as one of the pioneers of electric mobility and his company, Nikola Motor Company, is one of the most innovative in the world.

Despite the adversity, and today due to a fraud charge he had to resign as president of his own company, but this does not cancel everything he has achieved, Trevor Milton has not given up.

The young businessman, according to Forbes, had a net worth of $5.5 billion as of September 2020, based on his ownership stake in the company.