The geminoids; the robot version of twins of the human being. However, they must not become too autonomous, it is dangerous.

The first attempt to create a robot similar to a human being is attributed to Leonardo Da Vinci. We’re talking about the knight automaton or “Leonardo’s robot,” from 1495.

After 5 centuries, science has begun to make great strides. In this regard, I want to tell you about Hiroshi Ishiguro, a professor at Osaka University.

He specializes in the construction of geminoids; robot clones of the human being. For example, he made several versions of Geminoid HI, that is, similar to him.

It is now normal to see androids with metal skeletons covered in artificial skin and real hair.

Some geminoids are even capable of simulating human emotions. We will talk about it shortly.

In fact, scientists are very close to doing something extraordinary. You know the movie “I Robot”? If you haven’t seen it, you should. They are doing something like this.

However, this leap into the future can bring risks.

In fact, there are those who have already warned us of possible risks, because these machines, so similar to us, can create problems for people and consequently for humanity. Soon I will explain this too.

WHO HAS THOUGHT ABOUT THIS STRANGE GEMINOID IDEA?

These are the most important steps that must be remembered on the development of androids:

– In 1973, the first true prototype of an android was built.

It was Wabot-1, designed by Waseda University in Tokyo. It was already able to move its arms and legs, see and communicate.

– At the end of the 90s, the first android capable of simulating emotions was built. Its name is Kismet.

He had a head and a face, he was able to express and sketch moods and interact with humans in a natural way.
The credit goes to MIT (Massachussets Institute of Technology in Boston).

– Now, here we are with the most amazing humanoid robots. Those made by Hiroshi Ishiguro. The best known is Geminoid F. Precisely a true geminoid.

It is a female android with human features (whose name derives from the concept of “twin”). She seems so “human” that she has even been hired, in Japan, to act in some plays

It seems to me that all this is overwhelming considering that we are only at the beginning of this revolution. The next step is this…

CAN EMOTIONS BE CREATED IN A LABORATORY?

Sometimes it’s really difficult to distinguish a man from an android.

Among other Hiroshi Ishiguro creations are Repliee R1 and Repliee Q2;

“The first was built in the image and likeness of his daughter; the second one is able to simulate involuntary movements and sing songs.”

But the ultimate goal of this scientist is this one;

“Professor Ishiguro’s goal is to integrate robots into everyday life.”

To achieve this, he will need to develop the aesthetic and, above all, behavioral characteristics that are as similar to us as possible.

The hardest part will be reproducing empathy and the autonomous activity of thought.

In other words, we are preparing to live in a society where there will be human-robot relationships.

I am an almost millionaire Italian entrepreneur. I admire all these future novelties. Innovating makes us grow and improves the society in which we live.

Now hear this other bizarre thing; in 2016, Ishiguro at the “Humanlike robots and our future society” conference – as part of the Romaeuropa Festival – had his speech introduced by Geminoid HI-4, in a suit and tie.

An android took the stage as if it were a human being.

But the more androids – such as Ishiguro’s geminoids – will be able to have behaviors and emotions similar to us, the more we will be faced with delicate aspects.

Whether they will be able to match our emotions we will never know. Perhaps it will remain a mystery. But we expect more than that..

The great challenge in robotics; addressing the effects of this integration. 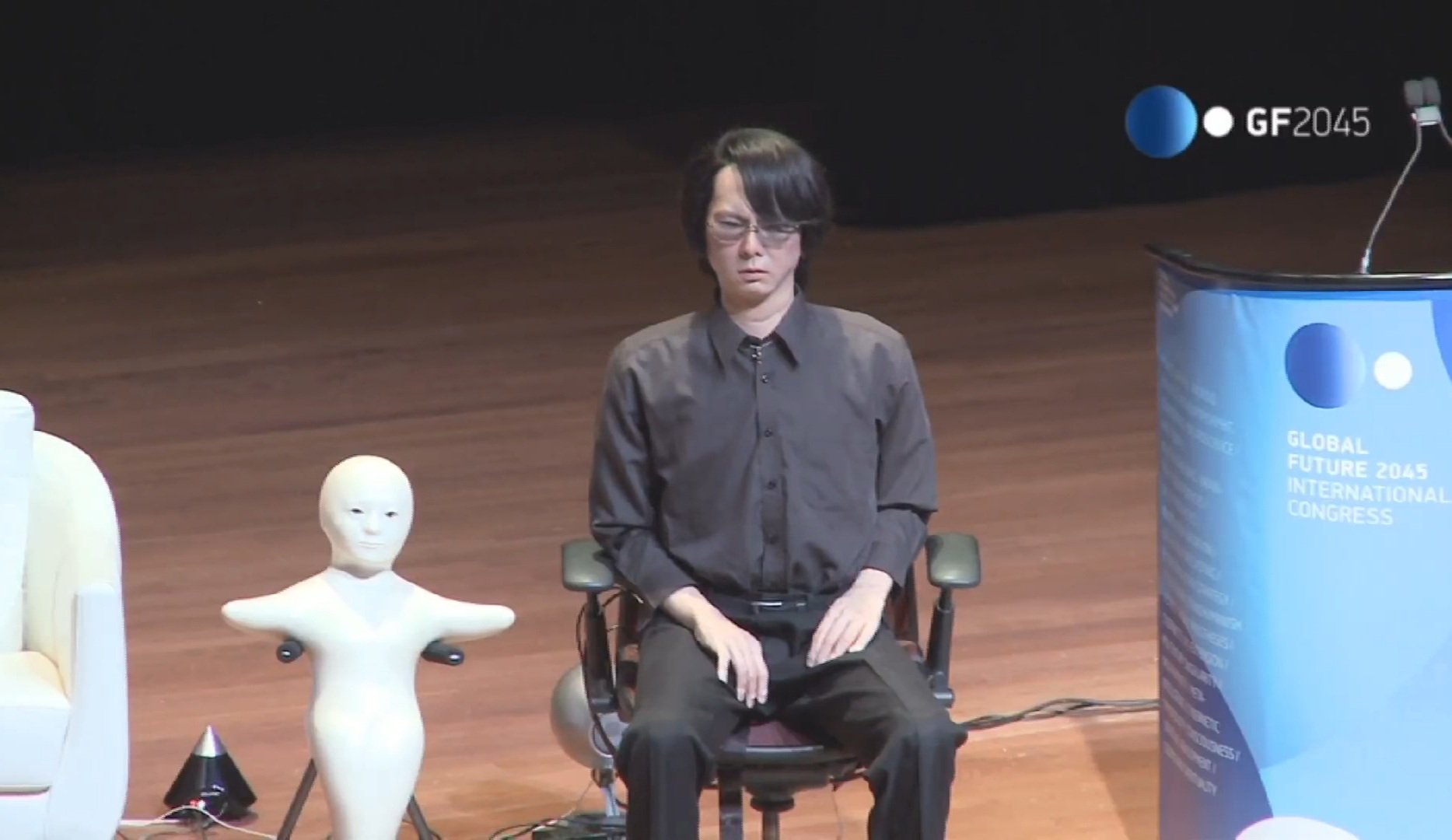 Writer and science popularizer Isaac Asimov had thought of laws on how robots should be built. Principles that can save us.

A bit like the seat belt and the airbag in a car, because you can’t build a car without those safety devices, otherwise you crash and cause damage to yourself and you are a danger to others.

But here the danger is greater.

“Robo-ethics (ethics applied to robotics) has raised the question of whether or not to consider robots as living beings.”

Of course I’m referring specifically to androids and geminoids.

Asimov was the first to write safety principles on these machines, similar to us.

Here’s what his three laws say:

1) First law; a robot cannot harm a human being.

2) Second law; a robot must obey the orders given by human beings, as long as these orders do not go against the first law.

3) Third law; a robot must protect its existence, as long as its safeguarding does not conflict with the First or the Second Law.

In some of his latest stories Asimov hypothesizes the existence of a fourth law, which was then defined as the Zero Law.

Zero Law; a robot cannot harm humanity, nor can it allow humanity to be harmed due to its failure to intervene.

In fact, we must never forget that the worst evils of humanity were caused by our inventions. Inventions that have been used the wrong way.
An example is the atomic bomb.

Which is none other than the principle of the Nobel Prize.

It was established by Alfred Nobel, a chemist who invented dynamite. When he realized that he had created something that could also harm man (his brother died with an accidental explosion) he had this idea.

In fact, the Prize is awarded to those who render “the greatest services to humanity” in the fields of chemistry, physics, medicine, literature, or in promoting peaceful relations between the peoples of the Earth.

Because Alfred wanted to make it clear that science helps man, not that it is used against man.

Now if you want to have fun, be positively shocked and discover some crazy information follow my Twitter profile https://twitter.com/SirNickNite . It is growing fast.