Single-seat drones and taxi drones will be the future of mobility. More comfortable and faster, not only in the city but everywhere. The Swedish Hoversurf presented his taxi drone, it is one of the most interesting: it can carry up to four passengers.

While the Chinese EHang has launched a single-seat drone, which can carry up to two passengers.

The real revolution in aerial mobility will take place when single or two-seater drones take over. A bit like personal cars.

Taxi drones are already in the testing phase in some cities. This may be the year you see them flying in the air. The single-seaters, on the other hand, are timidly entering the market.

The fact is they still cost a lot. Especially the first models presented last year that was priced like a Ferrari or a Lamborghini. So still accessible for very few.

However, something cheaper (so to speak) is starting to be seen. At least cheaper than a Tesla Model S or Model X.

Taxi drones and single-seat drones will offer a new way of getting around: more efficient, sustainable, and affordable than traditional cars and motorcycles. Apart from the purchase cost (so far).

Drones will also be used for the transport of goods. While single-seaters will be a valid alternative to cars and motorcycles, especially in large cities, where traffic congestion is a constant problem.

Consequently, there will be advantages for others: they will decongest traffic in large cities since they will fly on alternative routes to cars and motorcycles.

There will also be less pollution, less clutter, and parking on top of skyscrapers or in unexpected places.

As I said at the beginning, it is drones for private use that will interest people so much. I want to take stock of the situation of those In the market.

I want to start with the latest ones and which are the least expensive ones.

THE JETSON ONE SINGLE-SEATER DRONE IS ALREADY FOR SALE

Here are some technical features of this flying gem that I’m sure everyone would like to have:

JetsonOne is a vertical take-off electric drone (VTOL). It can actually carry up to two passengers. So it is even more comfortable than a single-seater

The drone is equipped with four rotors and can also fly autonomously thanks to its sensors and artificial intelligence.

JetsonOne is equipped with a lithium-ion battery that offers a range of 30 minutes, which may seem short, but you have to consider that with a drone it takes 5 minutes to make a journey that takes an hour by car.

The drone is controlled by a console, which allows the pilot to select the destination, set the route and monitor the flight in real-time.

JetsonOne is already on sale on the company’s website and will soon be available at authorized resellers as well.

THE CHINESE EHANG AND THE DRONE EHANG 184 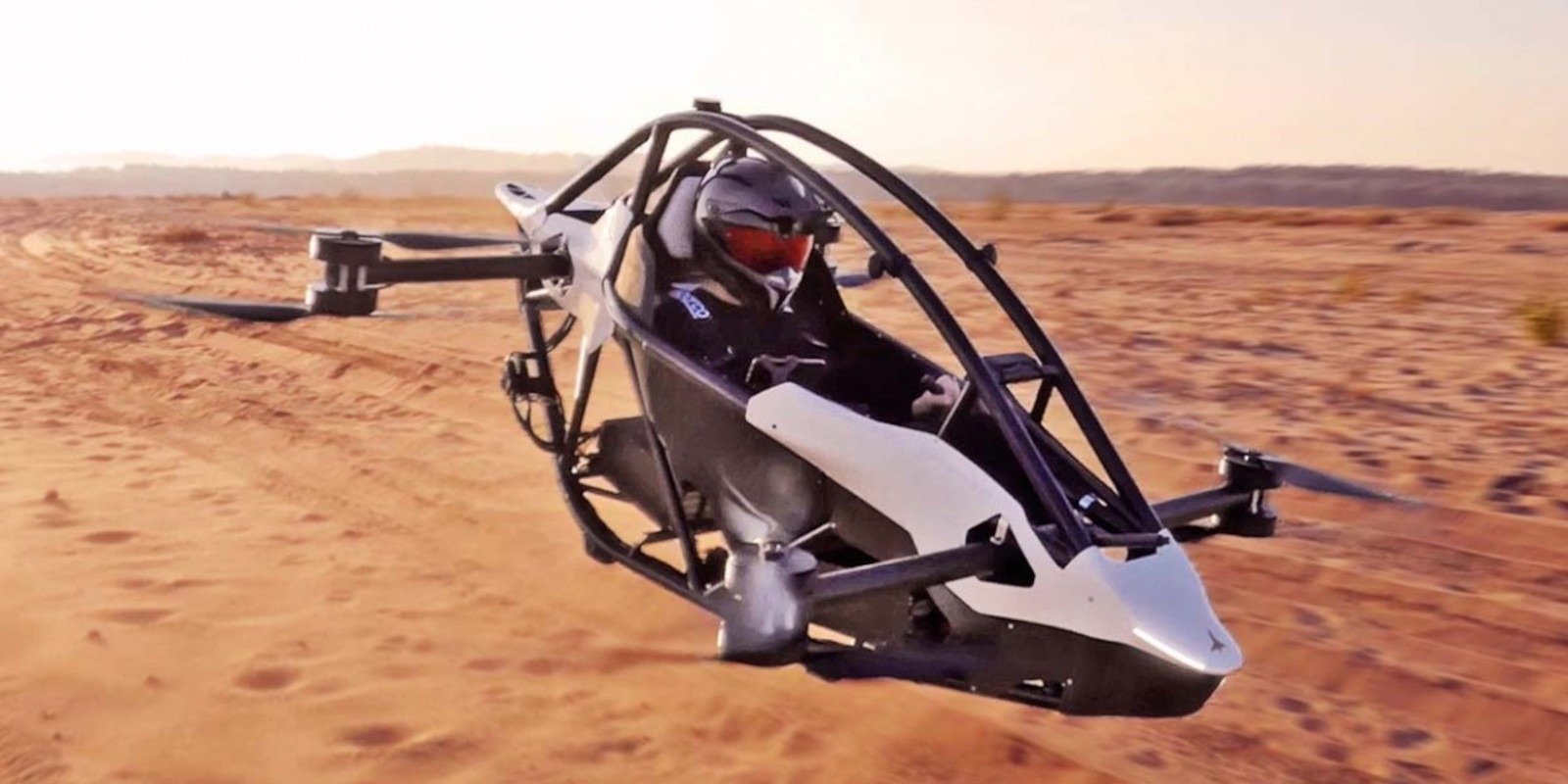 Some European The Chinese EHang presented the single-seat drone EHang 184, a drone also electric with vertical take-off (VTOL) that can carry up to two passengers.

EHang 184 is equipped with eight rotors and can fly autonomously thanks to sensors and artificial intelligence. The drone is equipped with a lithium-ion battery that offers a range of 30 minutes.

EHang 184 can be recharged in 2 hours. The drone can be driven with a console. The operation is very similar to the JetsonOne. Of course they are all built roughly the same way.

A bit like a Ford car and a Ferrari: there are four wheels, an internal combustion engine and a steering wheel with seats, but we can’t say that the cars are the same.

The price of EHang 184 is not yet known, but I believe it varies between 200 thousand and 300 thousand dollars.

I know it may seem expensive (it is a lot) but do realize with that price you are buying something similar to a helicopter.

In the lists below I found other drones, with much higher but also lower prices.

– The Australian Swann Myriad is a six-rotor drone that can be operated remotely and can carry up to two people. Swann Myriad’s price is $99,000.

– The Japanese NEC Corporation has created the NEC Air Shuttle drone, an electric vertical take-off (VTOL) drone that can carry up to six passengers on board. The price of NEC Air Shuttle is $300,000.

– The German Volocopter has created the VoloCity drone, an electric drone that can carry a maximum of five passengers. The price of VoloCity is 400,000 dollars.

HOW LONG BEFORE THE COSTS OF DRONES IS CHEAP? 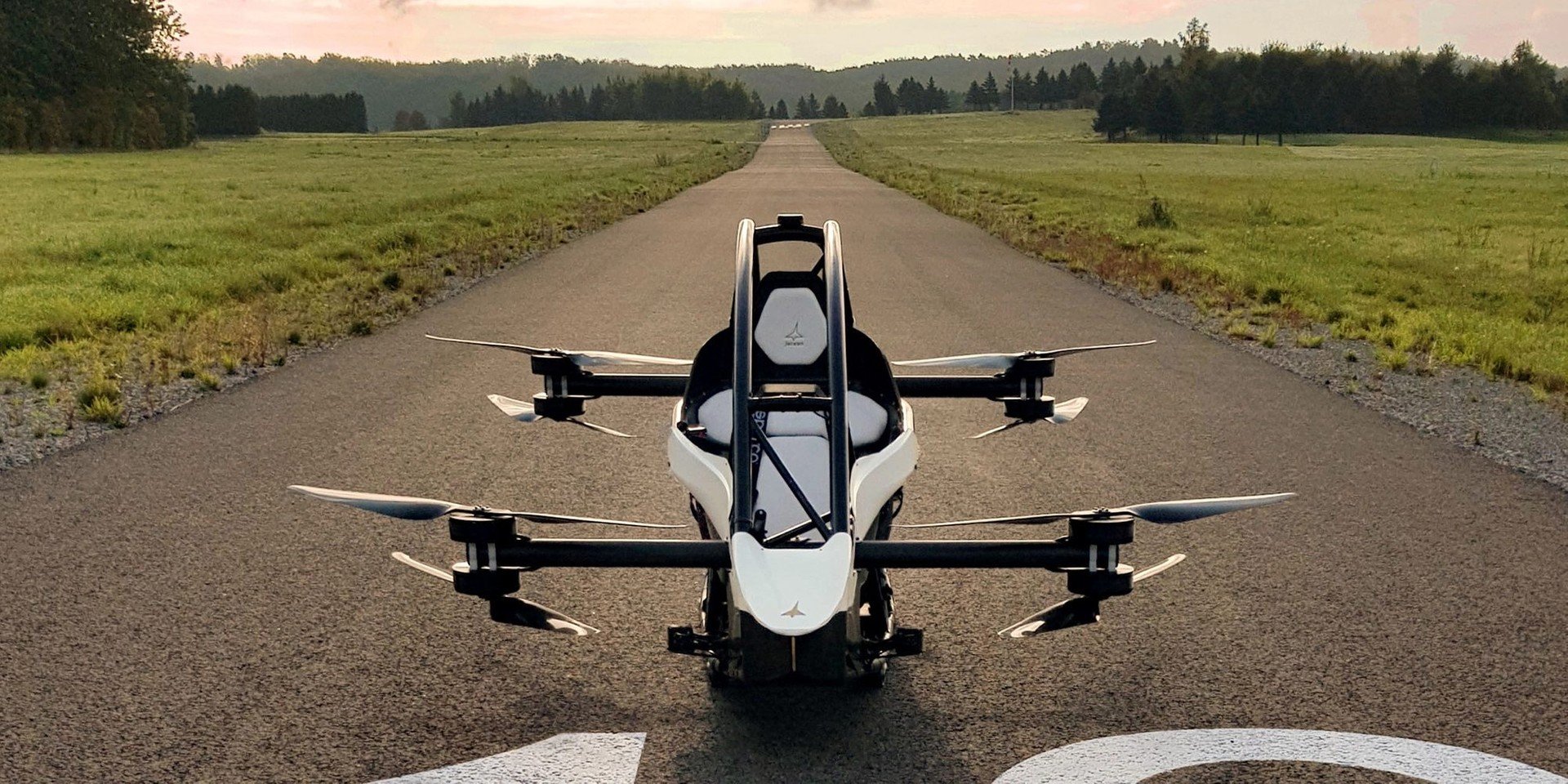 It is not possible to make a precise estimate on the costs of drones, but I believe that in 5 or 10 years the price of a private drone will go down a lot.

Private drones are a reality that is arriving and I believe that like me, you can’t wait to drive one.

Obviously, in the future drones will become common, like cars, and it will be normal to see them in our skies.

They will be used to transport people and goods. I think ll soon we won’t be unable to do without them.

As soon as the prices get a little more reasonable, I’ll throw myself on one. It will be my new motorcycle for the summer. Although with them (being covered) you can move even in winter.

My team and I are creating the first project that combines technology and artificial intelligence with human beings.