Story of the engineer who resigned from Google to found his e-commerce. Thus was born Wish, the App that is worth billions and wants to beat Amazon 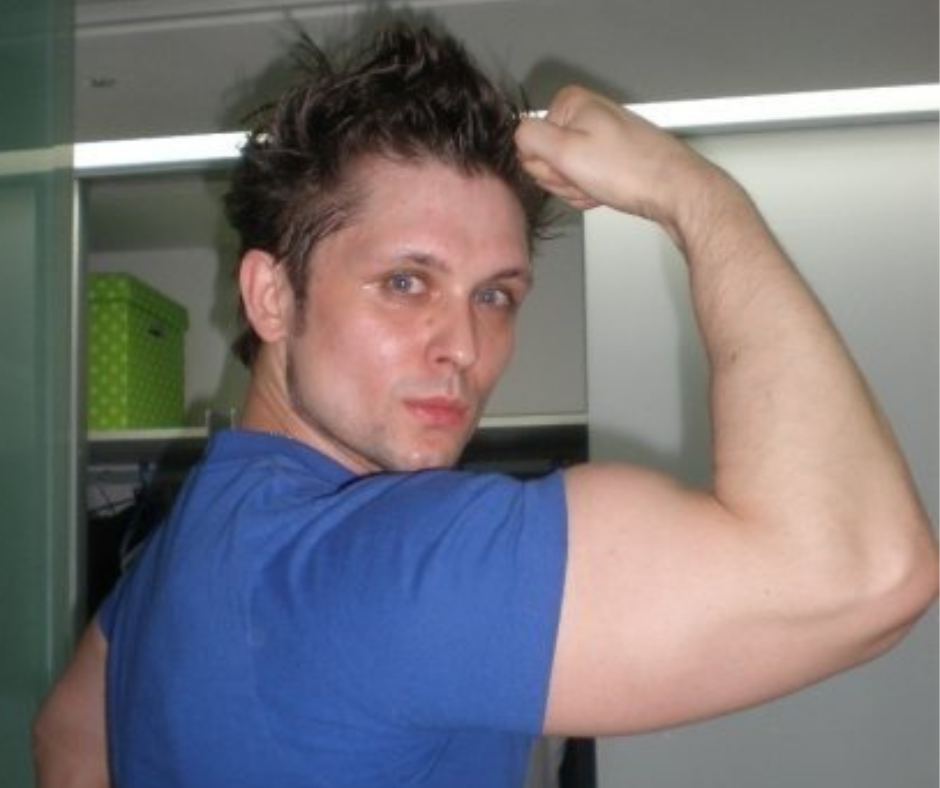 Has it ever happened to you that you really believe so much in something that you are willing to throw yourself into it without getting in trouble? Even at the risk of losing a lot. This in a nutshell is the story of Peter Szulczewski, the Polish engineer who invented Wish.

About 90 million people around the world today use this e-commerce platform at least once a month. He has created a real empire that would like to stand up to Amazon.

Today he grinds billions but few know of the leap into the void he has made. Of the anxieties and insecurities experienced as a young man when he left behind his very secure position at Google.

But he did it. And all this thanks to an exemplary and crazy life lesson.

e keeps reading and I’ll explain it to you well. It is really worth it. Today Wish has an estimated value of $8.7 billion. And 18% of the capital belongs to Szulczewski. While its co-founder, Danny Zhang, owns only 4.2%.

The cool thing is that Wish, hush hush has grown up and is now competing with AliExpress too. Due to the fact that Szulczewski wants to offer users an endless stream of articles. Items that are usually made in China by third party sellers.

The curious thing, however, is that in the place where this man grew up – who is now 36 years old – the walls of the shops were practically empty. Because he was born in Poland, a country that was a communist at the time.

It was the 1980s. His family was very humble. He lived on the third floor of a gray and somewhat ugly building in the city of Warsaw.

However, there was not much left in that bad place: at 11 when the Soviet Union collapsed, his parents decided to go to Waterloo. In Canada, where an excellent research university was located about 70 miles west of Toronto.

It was the University of Waterloo, which also counts the founders of Kik Interactive and Instacart among its alumni. He attended it and during his math and computer courses Szulczewski met another immigrant, Danny Zhang.

But in the meantime, his knowledge of computer science allowed him in 2004, just before graduating at 23, to do a four-month internship in Google. At that time that company was very small compared to the top tech company it has become.

It had just a thousand employees. Thus began the givetta for him: he worked, lived with other boys in an apartment and worked out at the gym at night.

He was earning his full-time job at Google.

“He invented a code that allowed customers who advertised on Google to add basic keywords with which users would see the ad based on their searches.”

In other words, it already stands out and in the meantime a business plan begins to mature. It happened in 2007 when Szulczewski moved to Google’s new office in South Korea.

And here all of a sudden he brings out the courage…

FROM DIFFICULTY TO USING ADS ON FACEBOOK; THIS IS WISH

At the beginning it will be a big sweat to bring the e-commerce platform to life. He will call college friend Zhang to join him. This travel companion will be essential.

Meanwhile, in 2009 he decided to abandon Google. Pursuing dreams was more important too. With the severance money, you can support yourself for two years.

Will they be enough to get to Wish?

In other words… he takes the risks of the trade.

He spends months and weeks writing codes – they have nothing to do with Wish but then they will prove important. And he makes another kind of invention…

“It is the ContexLogic system: a software that tries to encode the interests of a user and then show him a potential product while browsing.”

Investors are betting €1.7 million on this computer program. He had made it already inspired by the competition with Google.

This is to make you understand that Szulczewski had a lot of character and stuff.

Jerry Yang, Yahoo’s billionaire co-founder, was going to help him by funding him. Then he backs off because he was skeptical.

“I remember walking away and thinking: this is a willful failure,” remembers Yang.

And in fact at some point things seem to have come to a standstill. Instead, in 2011, Facebook discovered Szulczewski’s innovation and offered him $20 million to integrate ContextLogic into its ad system. What does he do?

He refuses the offer. So much so that he really pisses off one of his investors who accuses him of not being able to do business

“It seems that his stubbornness is driving him adrift. Instead, he doesn’t gave up, and finally in 2011, he and Zhang launched Wishwall.me” It was the predecessor of the current Wish.

And take advantage of Facebook ads to grab the attention of customers on their new e-commerce. Where other people’s products were found. Wish is just a container, a virtual square like a market where there are others who sell. 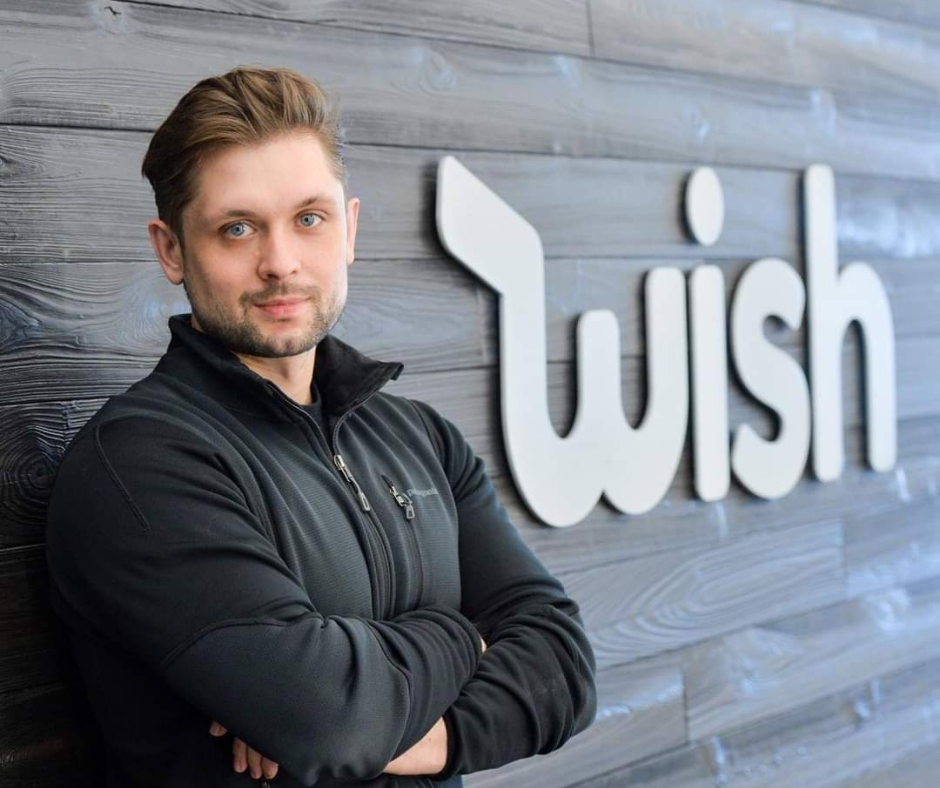 FIND YOUR TARGET AND…

As Szulczewski said: “41% of American families do not have liquidity of more than 400 dollars”. He was referring to Fed estimates.

And it is precisely to those people that Wish has focused and continues to focus, which today is based in one of the many skyscrapers that dominate San Francisco.

This is the lesson we can draw from the story of a Pole who founded the app that is worth around 10 billion and makes an income of 2 billion a year.

I am an almost millionaire Italian entrepreneur and I too have often lost sight of my target on the various products I have launched. When it happened I have to say that I have had worse results.

– The marketing target is made up of consumers (potential or current) that the company wishes to acquire or keep over time.

It has to be defined. Why?

– Because for a company, identifying a well-defined target is important for two main reasons:

– The entire marketing mix of the company (ie the 4Ps; product, price, place and promotion) depends on the clear and precise definition of the target.

– It will then have to be clear, to then develop a strategy suitable for the target audience and optimize the offer according to their needs, their consumption habits and their satisfaction or dissatisfaction.

All this because each product or service is intended for a specific consumer.

Consequently, the success of the sale or communication starts from there.

The 37-year-old Google engineer has always been obsessed with ordinary people’s finances and used that obsession to create an e-commerce market just for them, full of nameless merchandise shipped directly from Chinese merchants.

If you want to have fun, be positively shocked and discover some absurd things follow my Twitter profile. It will soon become one of the most controversial and crazy Twitter profiles: https://twitter.com/SirNickNite

Did you know the Italian Nico Nobili — SirNickNite If you want to have fun, be positively shocked and discover some absurd things follow my Twitter profile. It will soon become one of the most controversial and crazy Twitter profile https://sybershel.com/nicos-msyber

I have prepared a free gift for you. Join my Telegram group and get my free guide: What will the Society of the Future be like and how Androids and Technology Will Change Humanity. Click the following link and get the free guide now: t.me/sirnicknite