To earn a living, he cut the grass from the neighbors’ garden. But he never stopped fighting for his dream. This is the story of the billionaire, inventor of the Fortnite video game. 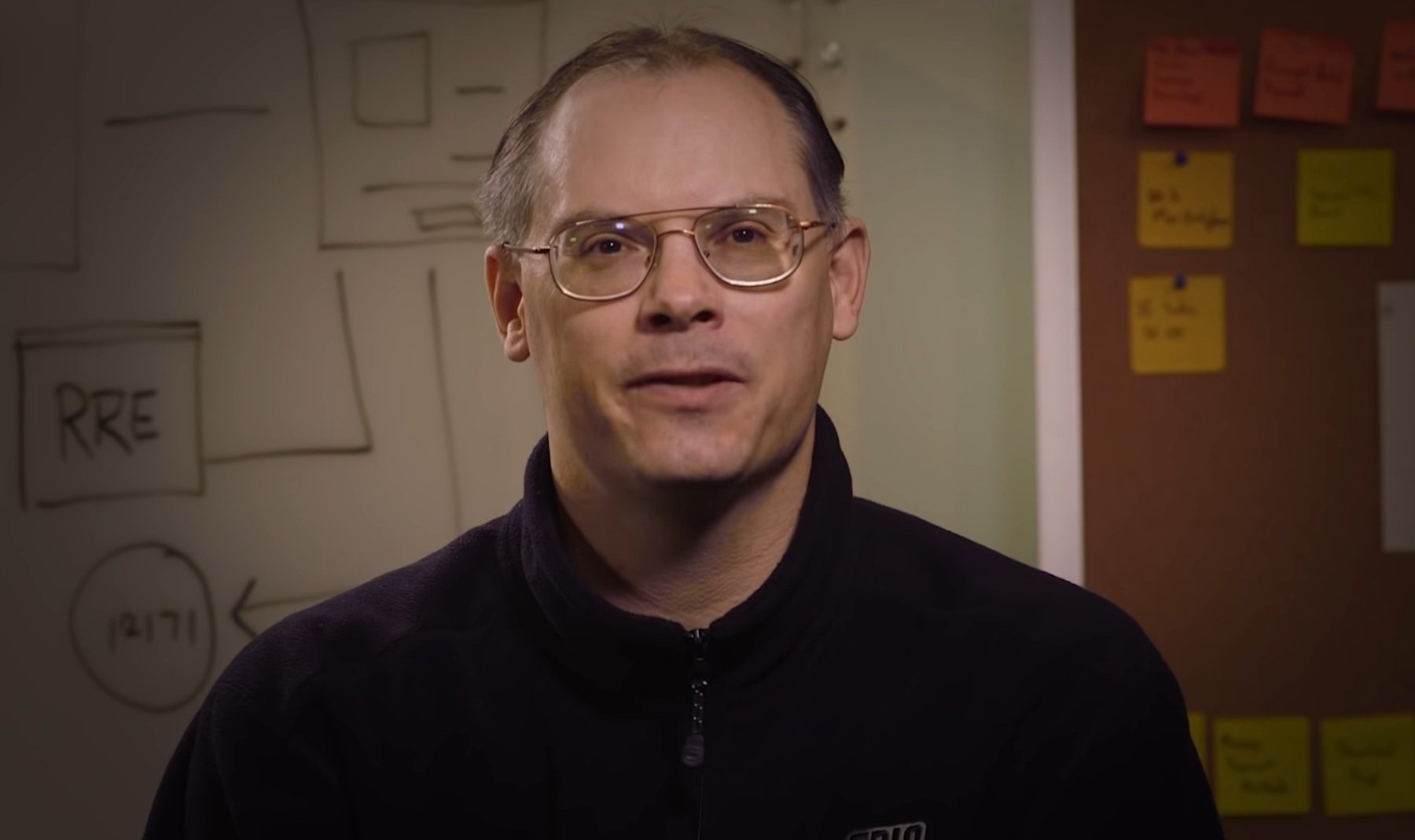 If you believe in fairy tales, this one I’m about to tell you could be similar to a fairy tale. It’s about a dreamy boy, who gave up everything to make his fantasy world come true. He succeeded and became a billionaire!

If you are a video game enthusiast you may already know him, but many people still don’t know who he is. I’m talking about Tim Sweeney, the founder of Fortnite.

When he decided to drop out of university and throw himself headlong into his projects he was not doing so well. He planned everything at night. During the day, however, he did everything to earn something.

It was a decisive moment in his life. In which he could have lost. Instead he held out. Although he was forced to return to live in his home for a while.

In fact, Tim’s story teaches us something beautiful and useful.

If you keep reading I’ll explain it to you at the end. But first you need to know how he did it. What winding roads this man took to invent a game that drove millions of people around the world crazy.

The story of Tim Sweeney belongs to the American tradition of the self made man:

By those who build an economic empire from nothing thanks to their skills and intuition.

Let’s see how he did it…

ATTENDING UNIVERSITY IS NOT ALWAYS NECESSARY

At 9, Tim understands his passion. But he doesn’t immediately follow that inner love for programming and video games.

It happened when he first played a video game. Later, in the late seventies, a trip to San Diego was crucial.

His brother Steve lived there. He is 15 years older and worked in a startup. He shows him a personal computer for the first time.

“He showed me how to use one of the first IBM PCs. And how to program in Basic. From the first week in California, I spent a lot of time with him planning and figuring things out.” 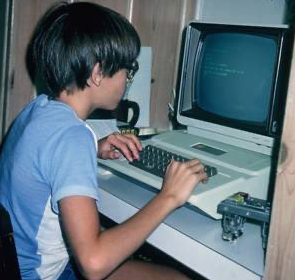 However, despite that love that blossomed so soon, Tim makes another choice. He didn’t listen to his inner voice. And he made a mistake.

He enrolled at the University of Maryland and chose mechanical engineering. But he began to understand that this was not his way.

So in the second year of studies he decided to devote himself completely to something he liked best; gaming.

So he created his first video game; ZZT.

But these were the hardest years, the years of sacrifice. The ones where he worked his ass off working hard in his parents’ garage.

The rest of his life is a mix of intuition and genius. Features that have also marked the path of Steve Jobs and Bill Gates.

“I studied all day and programmed all night.”

This is what Tim remembers.

But the profit from computer science and programming was still low.

In order to meet the expenses and earn a living, he did a series of jobs, including looking after the neighbors’ gardens, in the neighborhood where he was born.

The last courageous choice was to abandon the university, almost at the end of the academic career. He returns to live with his parents in Potomac. And with $4,000 of his last savings he founded his project…

THE TURNING POINT; A MISLEADING NAME TO ATTRACT CUSTOMERS

He began building what would later become his video game development company. He chose Cary in North Carolina for the location. Where it still is.

Business began to go well, so he chose to move in from his parents’ house and leave the garage that had now become his office.

Which was actually already a serious company. But still small.

And here are the fundamental steps of this success:

– In 2006 there was the launch of Gears of War. Estimates say it has sold more than 22 million units and generated over $1 billion in revenue.

– In 2011 he announced the arrival of another video game but in reality it will be another 6 years before its publication. He does further development and work.

– In 2017 he finally announced Fortnite. That drove millions of people crazy.

Fortnite is free. However, users can purchase gadgets and tools to enrich their gaming experience.

For example the costumes of the characters. Seasonal “battle passes” and accessories. Some things cost up to $20.

“Fortnite in 2020 had more than 350 million registered players.”

And it was the luck of Tim Sweeney’s company. Because…

“Epic Games (up until last year) made over $4 billion from that invention.”

According to Forbes, Tim has an estimated net worth of around $ 7.4 billion today.

The boy who mowed the lawn of the neighbors and programmed at night has come a long way.

A GREAT TEACHING: “I AM STILL AS I WAS, EVEN IF I AM RICH”

Now the time has come when I explain to you the great lesson of the Fortnite founder. As I describe this part to you, I made myself a very good cup of coffee. I love to drink it while I work hard on the pc or read pages and pages of books.

Tim has decided to remain a humble person even though he is filthy rich.

It was after one event in particular that he made this healthy decision. Even though he has always remained a simple person even after he has earned the first millions.

After the success of Gears of War he bought himself a Ferrari and a Lamborghini. In fact he is very passionate about sports cars.

But shortly after he decided to sell them right away. Maybe you are thinking: “To buy more powerful and more luxurious cars?”

No. Also because I am an almost millionaire Italian entrepreneur and not to sponsor the “made in Italy” but I assure you that Ferrari is the best of cars. It is a must have for a rich person.

But instead he sold the two supercars because bad rumors were spreading about him, which he did not accept.

The point is that Tim’s way of being is also part of the company he founded.

“In the offices of Epic Games you can go in casual clothes, and it is advisable to do the same even when attending any interviews to work in the company.”

What is the message and the lesson?

The important thing is not the appearance, but the person and his values. 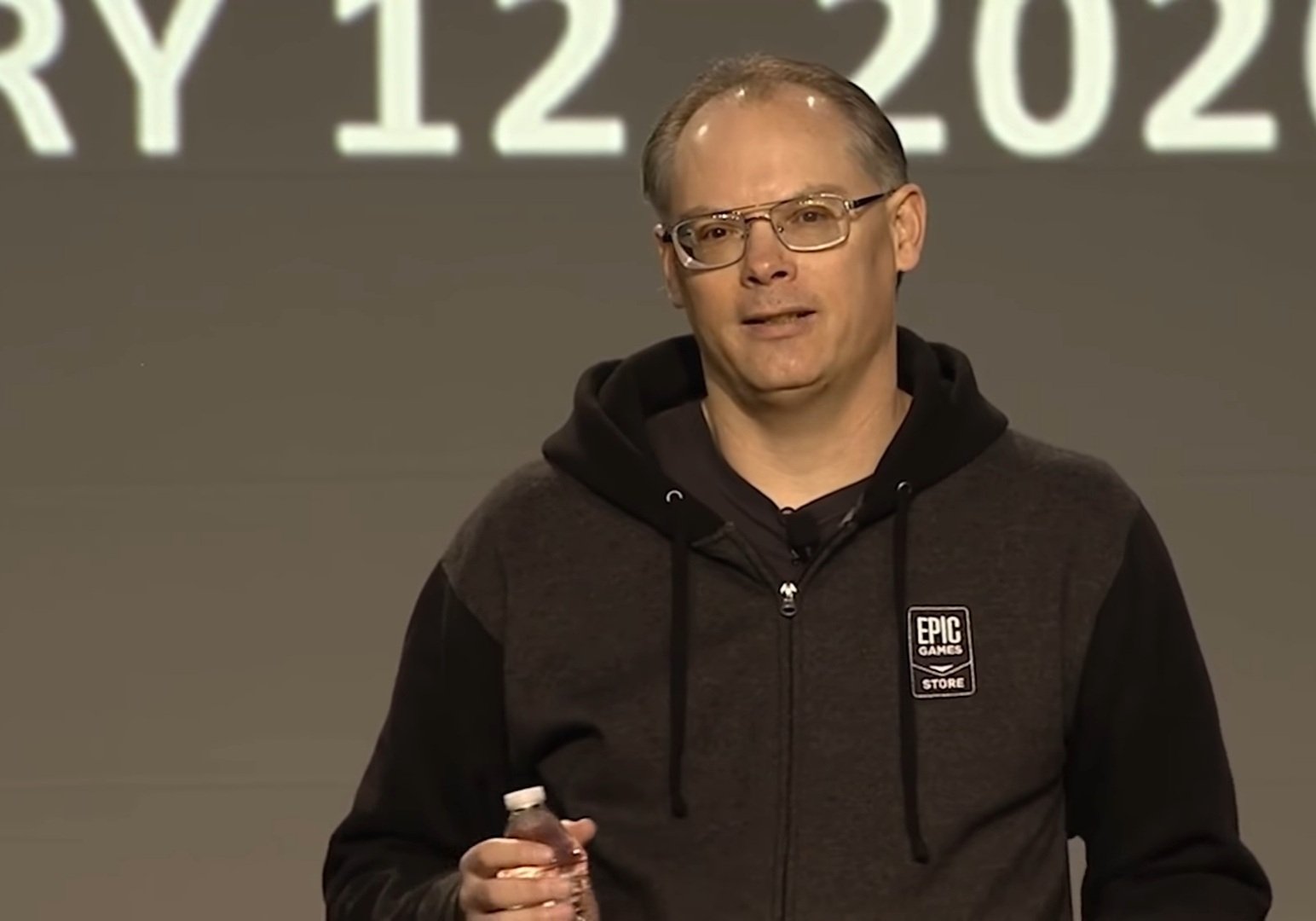 Building on these values Tim has worked hard over the years. Before being a billionaire and successful.

He has shown that he has what it takes to carry out extraordinary ideas and dreams. And he was right.

Like the creation of Unreal Engine and the foundation of the Epic Store, which allows developers like him as a young man to have higher royalties for the video games sold.

And so he reversed the traditional trend; usually it was only development companies that made money at the expense of programmers.

And I really have to tell you that I appreciate this entrepreneur and visionary man.

If you want to have more fun and read crazy news, follow my Twitter profile: https://twitter.com/SirNickNite. Soon, it will be one of the most controversial and crazy profiles on Twitter.