From a form of dwarfism to receiving golden balls. He did not give up. This is the story of Leo Messi and how he became the strongest footballer in the world. 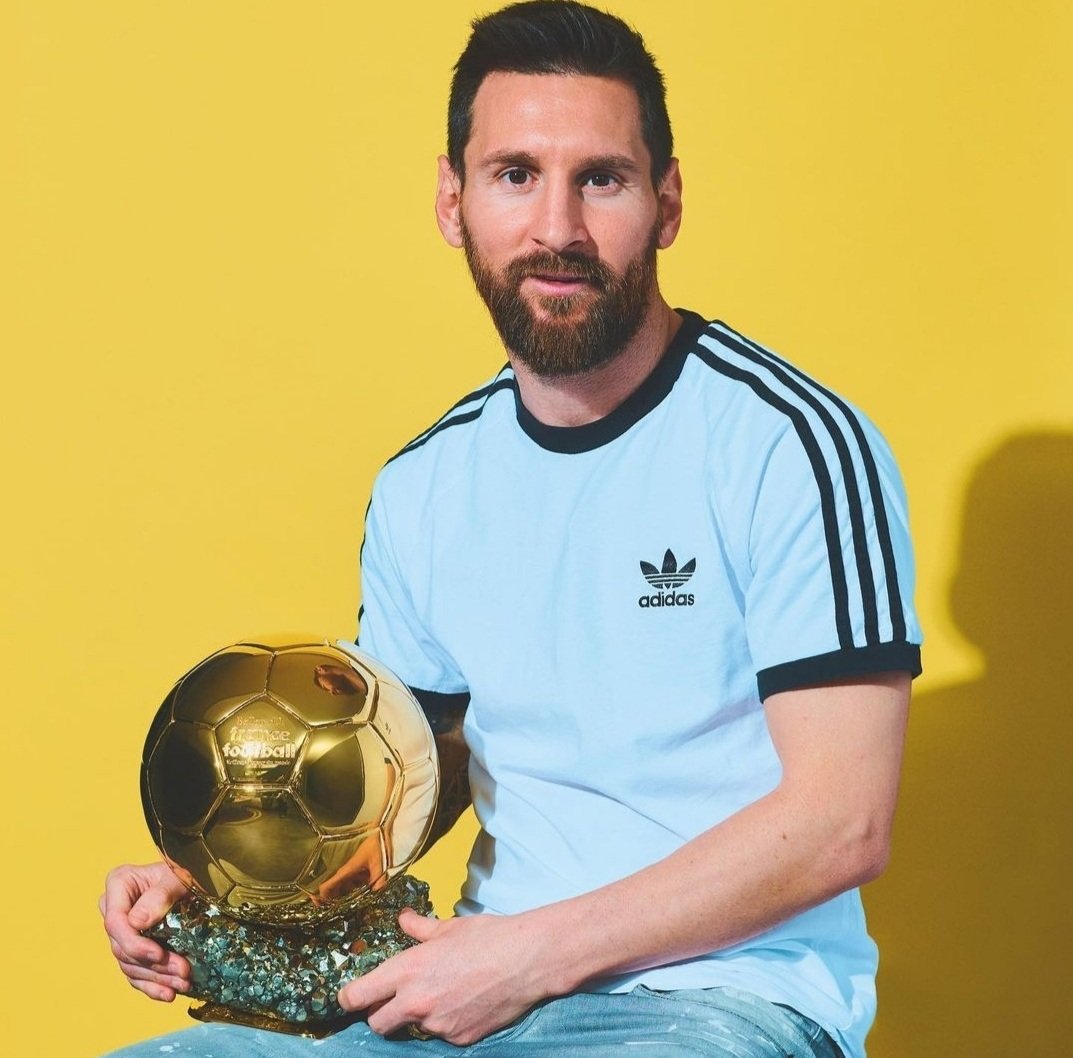 Let’s talk about a real legend! No, it’s not Batman, but close.

It is useless to present who he is. If you don’t already know him, where have you been so far?

Messi is the King of football. He’s our modern-day Diego Armando Maradona. Today I will tell you about a part of his life that is less known than his name; it’s amazing and teaches us a lot.

I’ll tell you why he suffered so much before becoming a football champion.

Lionel Messi had to deal with some kind of illness. He struggled to become what he is today; his talent would not have been enough for him.

He got to a point where he thought it was best to give up everything. If he had not persisted the history of football would be different.

Continue reading, because at the end of the story there is a great reward; two very useful life lessons, which Messi’s story gives us. I’ll explain two principles that will inspire you to fight to the end of your goals.

Much can be learned from these life experiences. I am an almost millionaire Italian entrepreneur, and I recognize in his story some key passages of my experience.

At the age of only 5, Leo Messi started kicking the ball with his friends on the streets of Rosario, the city where he was born in 1987.

His first team was Grandoli, a small football club in the city and his talent was immediately clear to everyone.

He was capable of doing things that his peers could only dream of.

His first coach was very special: his name was Jorge Messi, he is an engineer and the father of the future champion.

A great man; you will find out why.

Messi’s dreams as a child were boundless, but he still didn’t know he would have to deal with an “ugly beast”.

Many of us in life have probably met “ugly beasts”, that is, more or less big problems to overcome.

Everyone can have their own: from economic ones, to the health or love ones.. for example.

“Messi discovered his difficulty at 11, in adolescence.”

For a few years he had been playing for Newell’s Old Boys, an Argentine football team also based in Rosario. In the youth sector.

THE FIRST DISAPPOINTMENT WON AND THE BEGINNING OF THE BATTLE

Damn, do you realize what Messi is doing on the field? He dribbles his opponents one after the other and you remain speechless in front of the television with shivers on your skin!

Well, he was already doing it with his peers, when he was only 7!

It didn’t take long for football fans and professionals to realize that there was magic in that child.

Thus began the competition between football clubs. Everyone wanted him in their club in the youth academies.

The famous River Plate club called him too, and they really wanted him. When such a company calls you, your dream has started to come true.

They were about to close the deal, and instead the dream sandcastle collapsed. Nice.

Like when you are about to eat an ice cream cone and you bring it close to your mouth and tongue, but the scoop of ice cream falls to the ground. You know that feeling?

He felt like that, but four times worse. There was a big problem and it was his health. He was worried about Messi’s physique and thought nothing could be done about it.

It was a delay in bone development, caused by low levels of growth hormones in his body.

Thus the move to River Plate vanished and there was crying and tears.

“Basically, Messi’s body at 13 didn’t want to grow more than 140 centimeters. A handicap that could have prevented him from becoming the champion he is today.” 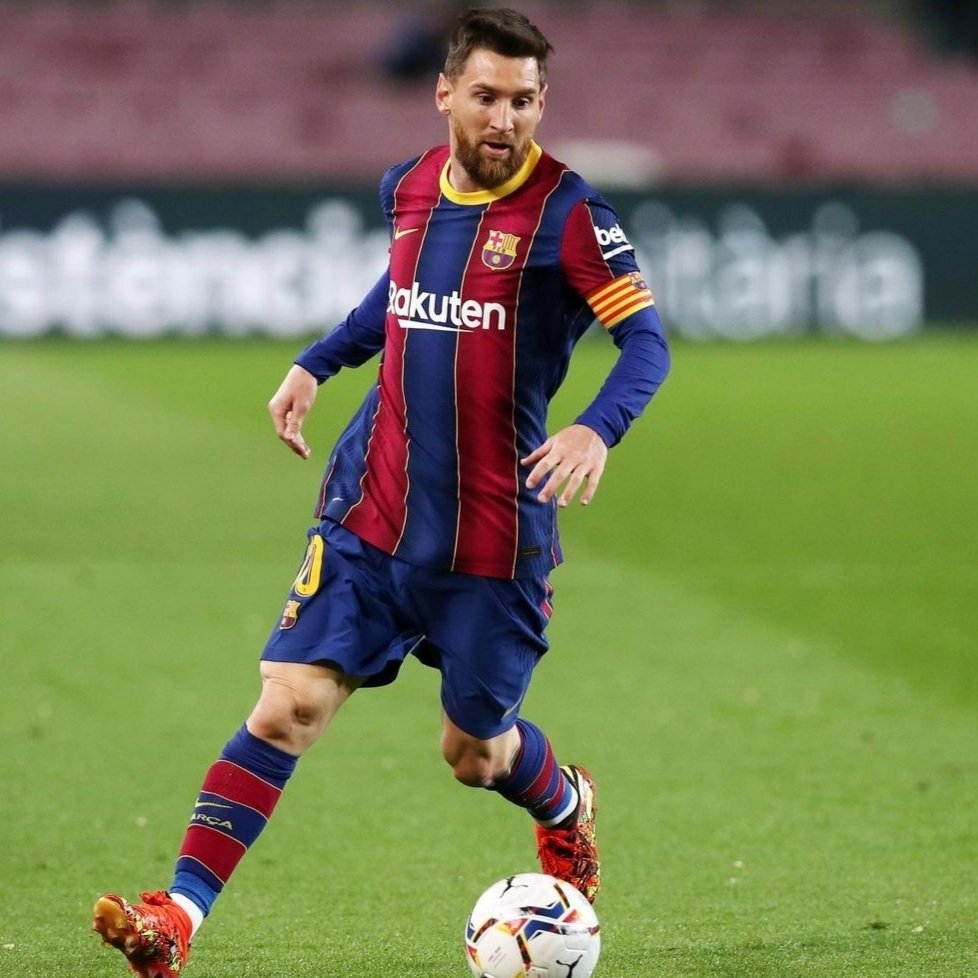 That problem didn’t stop him. His hunger to play football and score a lot of goals was huge.

Also, his family wanted to see him run happily again.

But it’s all uphill: his medical care was very expensive, around $900 a month.

His dad Jorge then asked Newell’s Old Boys and River Plate for help, but they didn’t give a damn! Wonderful.

Then, he asked some foundations for help but they didn’t care either!

His father felt lost but he continued.

He decides to leave for Spain, thanks to a cousin who lived in Lerida (a Catalan city near Barcelona).

HERE THE SUCCESS STARTS (IT WAS UPHILL)

In September 2000 Leo Messi made his first audition with the fearsome Barcelona club.

Everyone was speechless: Messi worked magic with the ball and scored many goals.

At the age of 15, he signed immediately for Barcelona, a team in the highest Spanish category, among the strongest in Europe and in the world.

This club would also pay the medical bills for the medical treatment the champion needed.

We are talking about hormone therapy; in this way, inch by inch, Messi grew to 5’6″ tall.

But above all, he continued to play football and pursue his dream.

However, it came at a price. He was always nauseous.

His facial hair would not grow and he could feel his muscles and bones bursting.

Because in just a few months, everything expands.

But his success was very fast! In Barcelona he claimed the nickname of Pulga (flea), due to his height. 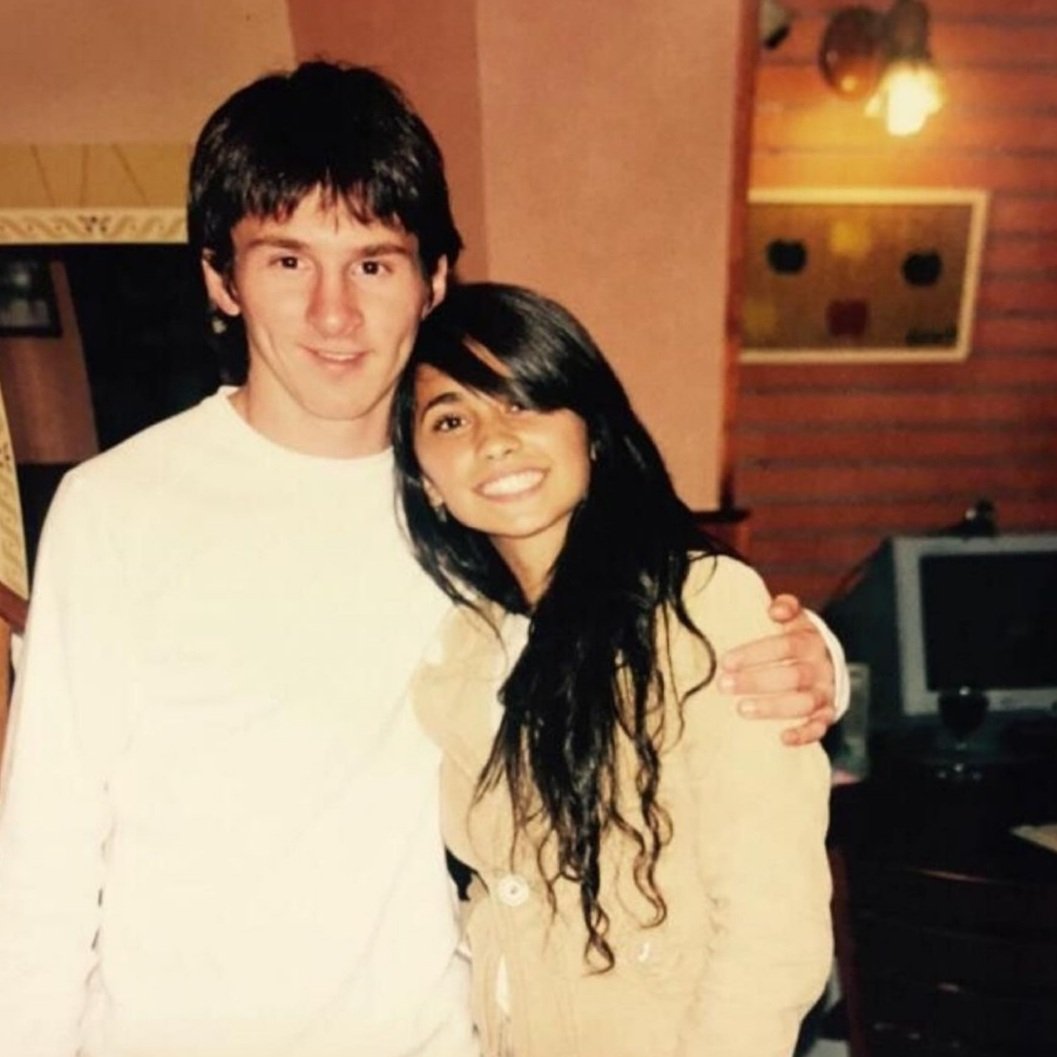 He was only 17 years old when he played in a stadium that could hold nearly 100,000 people.

I’m telling you, it’s some scary shit! Because you are surrounded by a large audience that can mercilessly clap or whistle at your mistakes.

In the Under 20 World Cup in the Netherlands, Messi (with Argentina) scored 6 goals in 7 matches and lead his national team to the final triumph. He also got the title of best player of the tournament and top scorer.

Isn’t that amazing? He was already a goal machine.

At just 18, Barcelona had renewed their contract for 10 years, and he could play with football mainstays such as Ronaldinho and Samuel Eto’o.

To date, he has won 10 Spanish championships, which is a lot and four Champions League (which is the tournament that decreases the best European team.)

“He also won six Golden Balls; this award goes to the best footballer in the world that year.”

NOW I WILL TELL YOU THE REASON WHY MESSI NEVER GAVE UP, WHICH CAN HELP YOU TOO

Before writing the hard but true reason, I made myself a good cup of hot coffee; it helps me work in front of the computer and gives me energy.

Here are two points, which are two life lessons.

1- There is always a solution, just look at the problem from another point of view.

More than Messi, it was his father Jorge who knew how to put this principle into practice; the little champion followed him without hesitation (and wasn’t taken for granted.)

In other words, when everything seemed to have no way out, they found it; when they discovered Messi’s handicap and the costs of therapy (which were high in Argentina), they thought about it from another point of view.

They had to revolutionize their lives and go live elsewhere on a different continent.

Perhaps not everyone would have been willing to do it, or even to assume it.

But Spain held his only chance; they had to change their point of view, and believe that there was a solution.

It was a drastic solution, but it existed.

The bigger the problems, the more the solution lies in a distant perspective and in a strong belief that the solution is there. 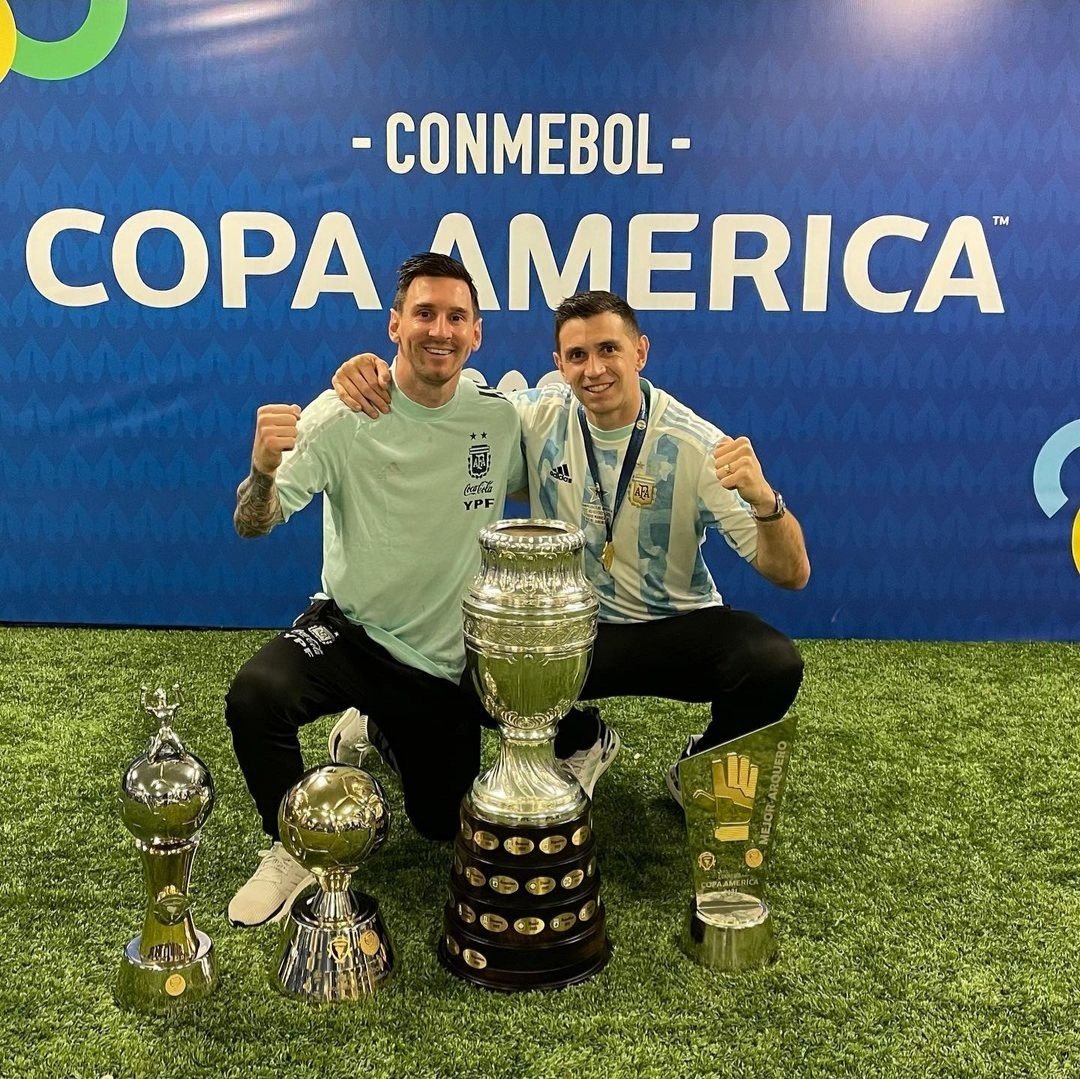 This only affected Messi as a child, teenager and boy.

He never gave up. He had to stuff himself with Il GH (Growth hormone).

This is what he said about that stage in his life:

Despite difficulties, he has always worked hard dreaming big.

He could have become a good footballer, like so many others. He was already in the Barcelona phenomena team and was already a success.

Instead, despite the problems, he continued to work on himself and his health. Today he is the undisputed number one in modern football.

If you want to read more strong and absurd stories and stay informed, follow my Twitter profile https://twitter.com/SirNickNite.