Here Is The Story Of Eric Demuth, As Naval Mechanic And Ceo Of Bitpanda: Thanks To Him, Buying And Selling Bitcoin Is Now Within Everyone's Reach. 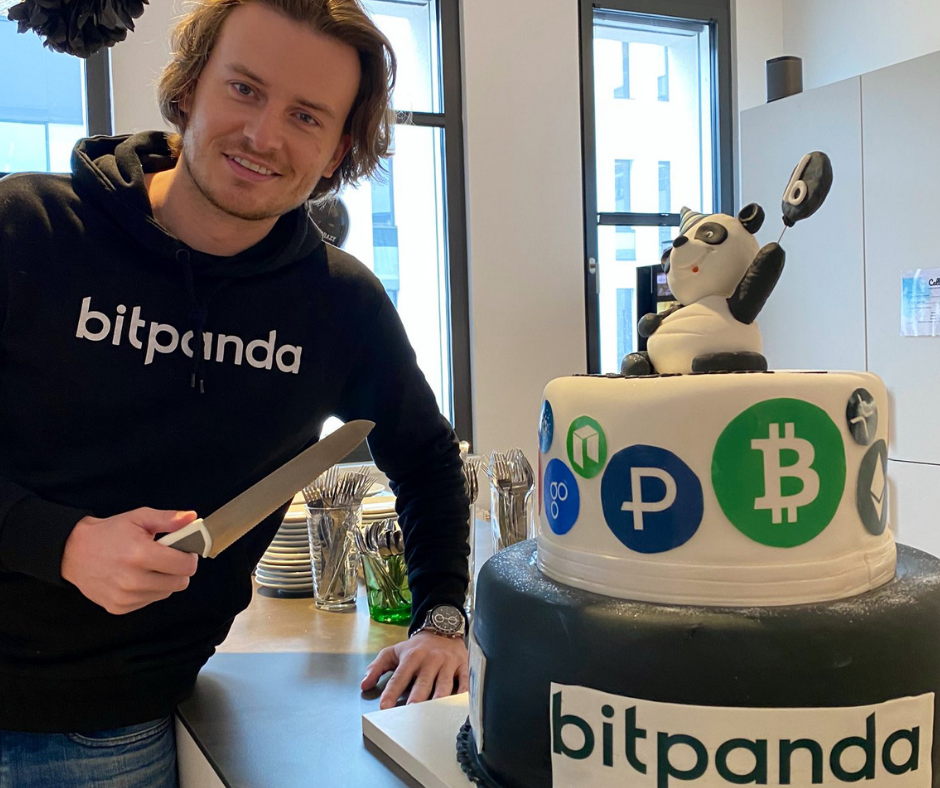 This is the story of how services and products that work are born,

Breakthrough marketing that brings millions of people on board. It was created by Eric, who, as a boy, busted his butt on a ship, in the middle of the sea. Today, he could buy that ship.

The Bitpanda broker is innovative and quite genius. This year it was valued at $4 billion. Before establishing Bitpanda, Eric was becoming increasingly frustrated.

His story brings out an interesting lesson, that should be kept in mind especially if you are an entrepreneur, or working with clients.

Continue to read and I’ll share at the end how you can use his experience to teach yourself.

Now, let’s start with when he was young and what prompted Eric to found one of the leading companies that have exploded in the last seven years. Today it continues to employ over 600 people in fifty countries with three million users worldwide.

EVEN AN OPINION LEADER MUST HAVE THESE EXPERIENCES

Not much is known about Eric’s pre-BitPanda life. A few details are enough to dismiss any myths.

Only those who have the money can make money. If you think it’s true, I assure you that it’s not.

Nor is it true that good ideas do not start on their own, but you need the right knowledge. These two beliefs are bullshit.

Do you know how Eric Demuth got his start?

He traveled the world on Hapag-Lloyd container ships. But he wasn’t enjoying a cruise or modeling swimwear by the pool with a cocktail with an umbrella.

“He worked as a naval mechanic. While he worked hard he continued his economics studies at WU Wien and the London School of Economics & Political Science “.

Yes, you heard that right: in the evening when he had finished working, he would return to his room with his hands dirty and black with grease and grime. Tired and hungry. So, what was a future cryptocurrency leader doing in the middle of the ocean being a mechanic?

Nobody can predict the future of any man. The fact is, the starting point can be anywhere. In the beginning, there may be a lot of blood, sweat, and tears, as I have also discovered.

Nothing can be ruled out.

At one point Eric, like many others, was also interested in the world of Bitcoin and its mining.

His intent was to make money just like other people who were fascinated by trading Bitcoin and crypto.

But he was frustrated with how difficult it was to buy Bitcoin. Then he met someone who shared his frustrations and together they would try to solve this. 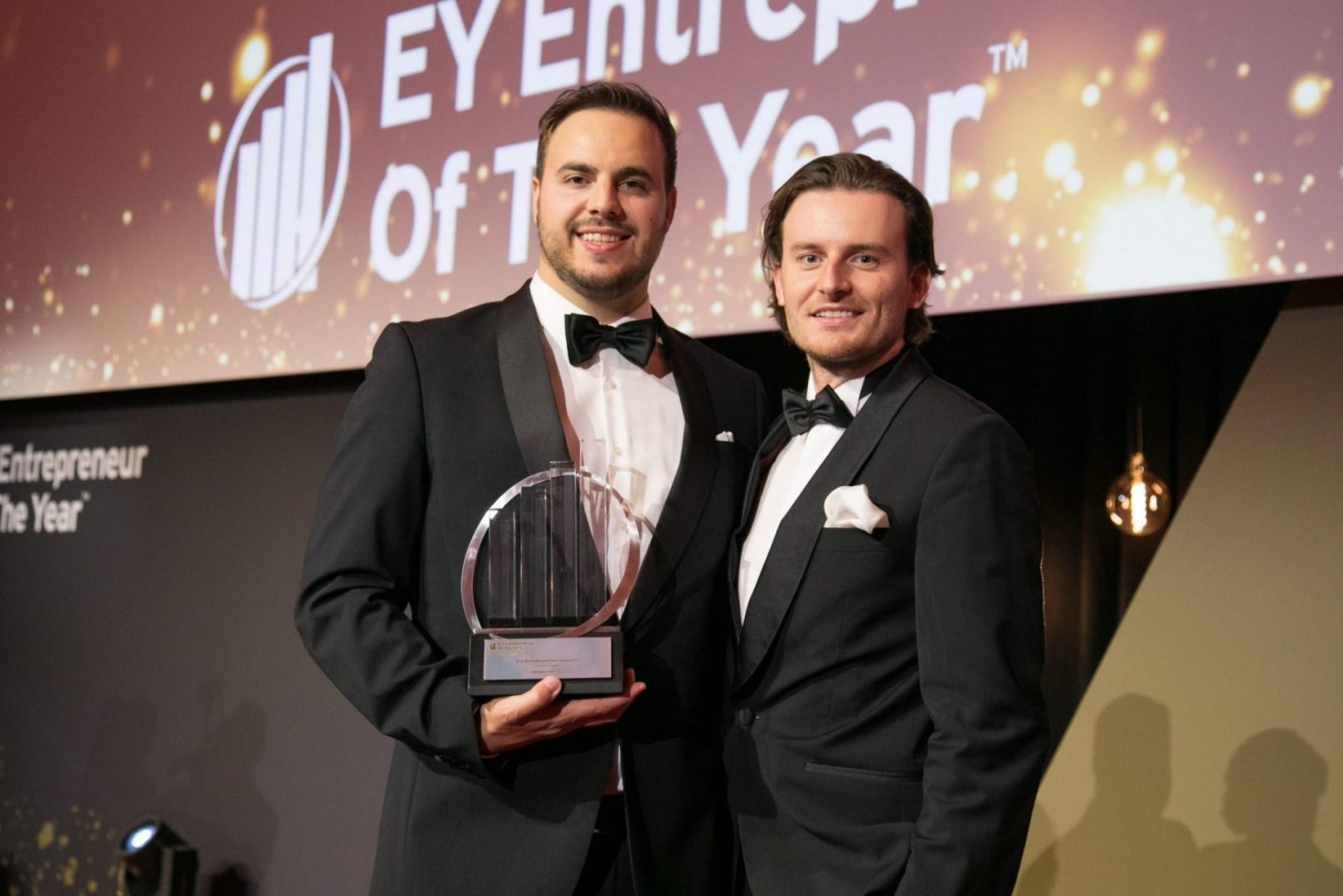 PASSWORD: TWO CLICKS. BUT THE IDEA WAS NOT ENOUGH.

In 2013 when Eric became aware it was very complicated to buy Bitcoin. Bitcoin used the same technology that was used to buy stocks.

When he met Paul Klanschek they immediately focused on this idea: “Two clicks and you can instantly buy your Bitcoin”.

They also didn’t have a lot of technological know-how, but they wanted to offer the highest safety standards.

That’s when they found Christian Trummer, co-founder and head of technical infrastructure as CTO, the tech-savvy colleague they lacked.

AND…. After working on the site for nine months, they went online for the first time in late 2014. But, the real work had just started.

What became BitPanda at the beginning. Has been confirmed and is still growing for these reasons …

THEY MADE THE WORLD OF INVESTMENT USER-FRIENDLY

Success. The winning idea of Eric and his friend is this:

“Basically Bitpanda is like one of the many exchanges. Obviously.

Because it allows you to make purchases or sales of digital currencies or other financial investments”.

It supports traditional currencies such as euros, dollars, or pounds.

“But the real difference compared to traditional exchanges lies in the simplification of the access to the sale the of financial instruments”.

Even techno-challenged geeks can have immediate access to the world of finance and especially cryptocurrencies.

No more worries about investing your money in an unsafe place. They have made it very safe. The best part is:

Unlike other payment systems…

“The Visa Bitpanda Card debit card allows you to directly purchase precious metals, shares, and cryptocurrencies held in your wallet at any time. As you would do with the traditional dollar “. 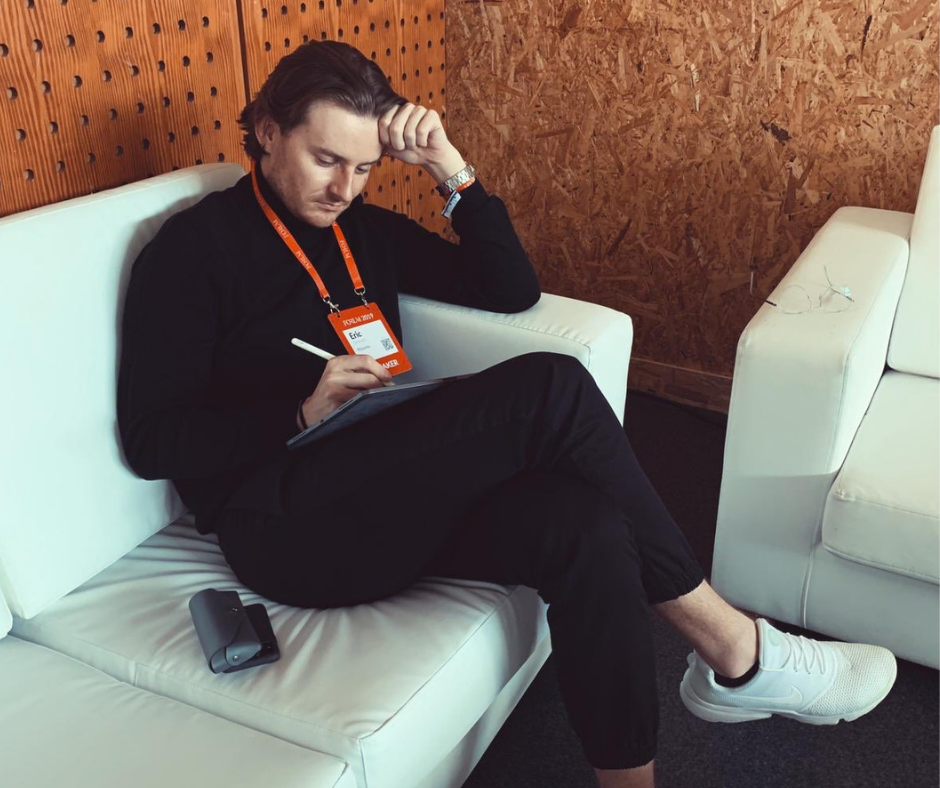 straight to the point: you don’t have to sell a product.

I mean don’t get me wrong. Obviously, in the end, that’s what interests us as entrepreneurs and as employees of a company.

“But first of you have to focus on solving a need”.

How do you find the solution for what other people need?

In Eric’s case, he ran Bitpanda with his friend. Unlike others, they reinvented what existed, bringing their own solution.

– You have to ask a lot of questions. – You have to try to understand what problems the customer has already had. – Do it by asking the right questions. You need to know one thing: The product is the last detail, a means to solve a problem. It is not the point.

A good product expresses value and must meet certain standards.

Thanks to intuition, and its response to the things I have shared, there is one thing that can make it easier for you.

It doesn’t need to be a famous brand, that is not necessary. Do you know what the secret is?

The secret is to find a need and expose it. This was Eric’s skill. That’s all. Nothing more or nothing less.

Now if you want to have fun, be engaged, and discover some wild things follow my Twitter profile: https://twitter.com/SirNickNite

Did you know that The Italian Nico Nobili – SirNickNite created the first project that merges technology and intelligence artificial adapting it to humans. Making technological products that fit or adapt for people. Click here: https://sybershel.com/nicos-msyber