He quit his job and without plans traveled to San Francisco. Today, Brian Chesky is the CEO of a multi-billion-dollar company 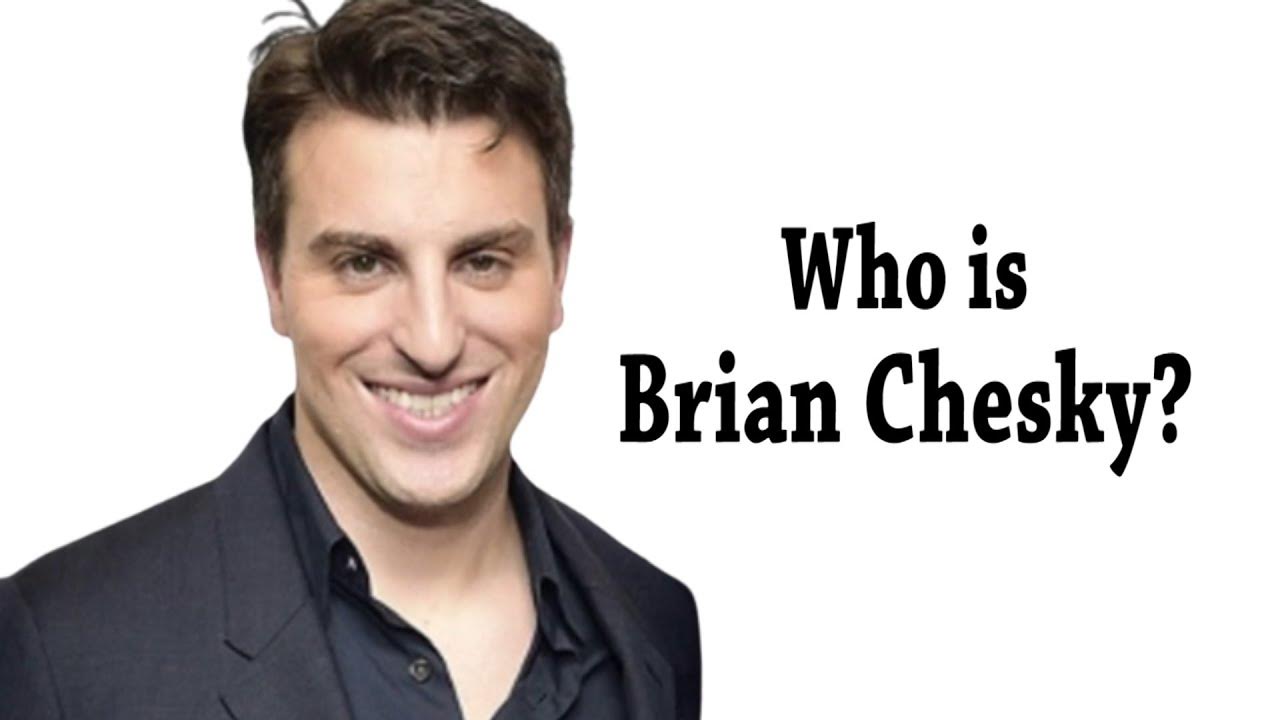 At first, it does not always make sense. The worst idea can make you a billionaire, as in the story of Brian Chesky.

Brian Chesky’s idea has saved you a great deal of stress without you realizing it. You might be wondering who this guy is. Brian Chesky is the CEO and co-founder of Airbnb, along with Joe Gebbia and Nathan Blecharczyk.

Does that ring a bell? Airbnb must have saved you from being stranded during vacations or visits by providing you with the best short-term homestay experience.

Stick with me as I reveal how Brian Chesky’s unrecognized idea became a multi-billion-dollar project.

Growing up, Brian Chesky never dreamt of being an entrepreneur or talked about being a successful world-recognized entrepreneur.

He was born on August 29th,1981, in Niskayuna, New York. Brian Chesky grew up in the household of Robert and Deborah Chesky who were social workers.

All Brian wanted to do as a child was to draw, paint and redesign. He was the little kid who was often stained with paints or caught scribbling around the house with his crayons.

Brian’s interest in art did not disappear as he grew up. He became more interested and decided to pursue a degree in Landscape Architecture and Design.

Brian Chesky’s decision to study art didn’t sit well with his parents. His Mum believed art didn’t pay much and feared Brian might later become a liability to the house.

However, this didn’t bother Brian. It wasn’t because he had a big picture at that time, rather, he just wanted to do what he loved.

Brian Chesky began his art studies at the Rhode Island School of Design in 1999, where he studied Fine Arts in Industrial Design. On a fateful day in school, Brian met one of the co-founders of Airbnb, Joe Gebbia. Joe and Brian had a deep conversation about starting a company together.

Remember, Brian never had the slightest thought of being an entrepreneur. So the conversation he had with Joe was random.

In 2004, Brian Chesky graduated from college and started his career as an Industrial Designer in Los Angeles.

As Brian became more exposed to his craft, the ideas he started getting terrified him. Part of him believed he could use his talent to change the world, but he was scared to take that first step.

Since Brian Chesky was timid, Joe Gebbia held onto his idea of starting their own company.

Was Brian finally ready to take that step?

WAS BRIAN’S CAREER WORTH THE RISK?

In October 2007, Brian Chesky made an important decision in his life. Brian said, “What could go wrong anyway?” and decided to quit his job. Brian did not just quit his job, he decided to move to San Francisco.

You must be thinking? Had Brian gotten a big idea at that time? Brian Chesky moved to San Francisco with no plan, $1000 in the bank, and a rolled-up old mattress.

His friends thought he was having an early life crisis when he made that decision. Well, they can’t be blamed because even Brian hadn’t figured out what he was doing yet.

Brian realized he was short on rent and couldn’t afford an apartment in San Francisco. What was he going to do? Was it a bad decision after all?

A BLESSING IN DISGUISE 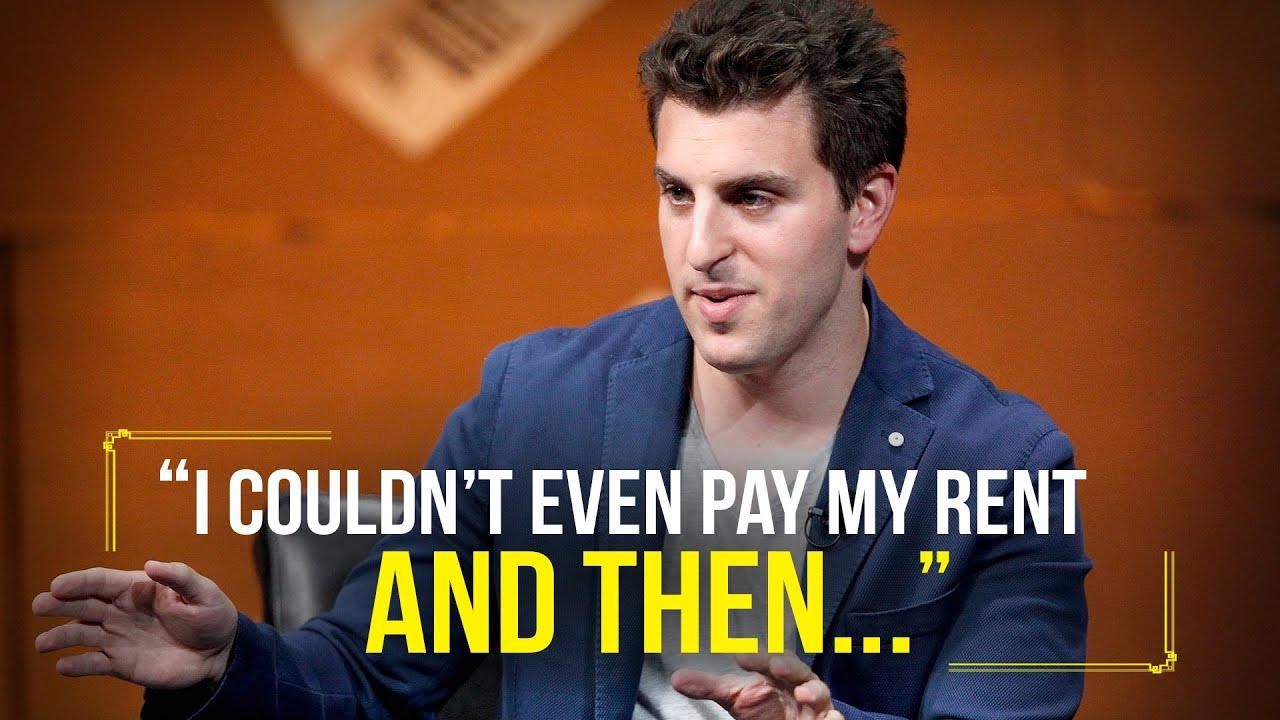 Brian and Joe created a bed and breakfast space for a design conference using Joe’s empty apartment as the accommodation. They planned on using the money they got from the space to cover the rent.

They got three air mattresses set up in the space and themed the entire space “Air bed & Breakfast”. Yes, that was how “Airbnb” was coined. Who would have thought?

From there, they started thinking about the possibility of booking someone’s home the same way you book a hotel.

That was a weird idea. What exactly were they thinking? Well, at that time, the idea came as a flash to them. It certainly didn’t seem like a multi-billion-dollar idea to them.

For the first four months, they both didn’t do anything progressive about the idea. When they eventually put on their thinking caps, they came up with something different.

They felt like no one was going to buy their original idea and decided to dive into creating a roommate-matching website. That looked more practical and promising.

The first website they built didn’t go as planned, so they created another one where they had their first two customers.

– Although their plan was pretty decent, the result wasn’t good enough to sustain their needs.

– Brian Chesky and Joe Gebbia had $10,000 in credit card debt. After a year in business, Brian and Joe’s business were suffering. The future wasn’t looking so bright.

– All the investors they reached out to bluntly rejected them.

– They relaunched 3 times, yet they had almost no customers every day.

– One of the co-founders got married and had to move away from the rest of the founding team.

Their whole world was falling apart. At this point, they were frustrated. They were thinking it was a bad idea all along.

In November 2018, Brian and Joe were back at ground zero. They had no money, and they kept getting more frustrated every single day. Brian even suggested they opted out of the Airbed setup and started selling breakfast instead.

Everyone thought they were crazy, including Brian’s mentor. After Brian and Joe’s plan visibly started crumbling, some well-wishers suggested they try out Y Combinator.

When Brian and Joe’s company started sinking, they ran the company with revenue gotten from the sales of special edition cereal boxes that they created called “Obama O’s” and “Cap’n McCains”.

Paul Graham was astonished when he saw how they were trying to sell boxes of cereals to run their company, and he said,

“If you can convince people to pay $40 for $4 cereal, maybe you can get a stranger to stay in another stranger’s home.”

This didn’t sound like a lot, but for Brian and Joe, that was a huge compliment after swimming in frustration for many months.

Y Combinator went ahead to accept them to its seed funding program, thanks to cereal.

THE RISE OF AIRBNB 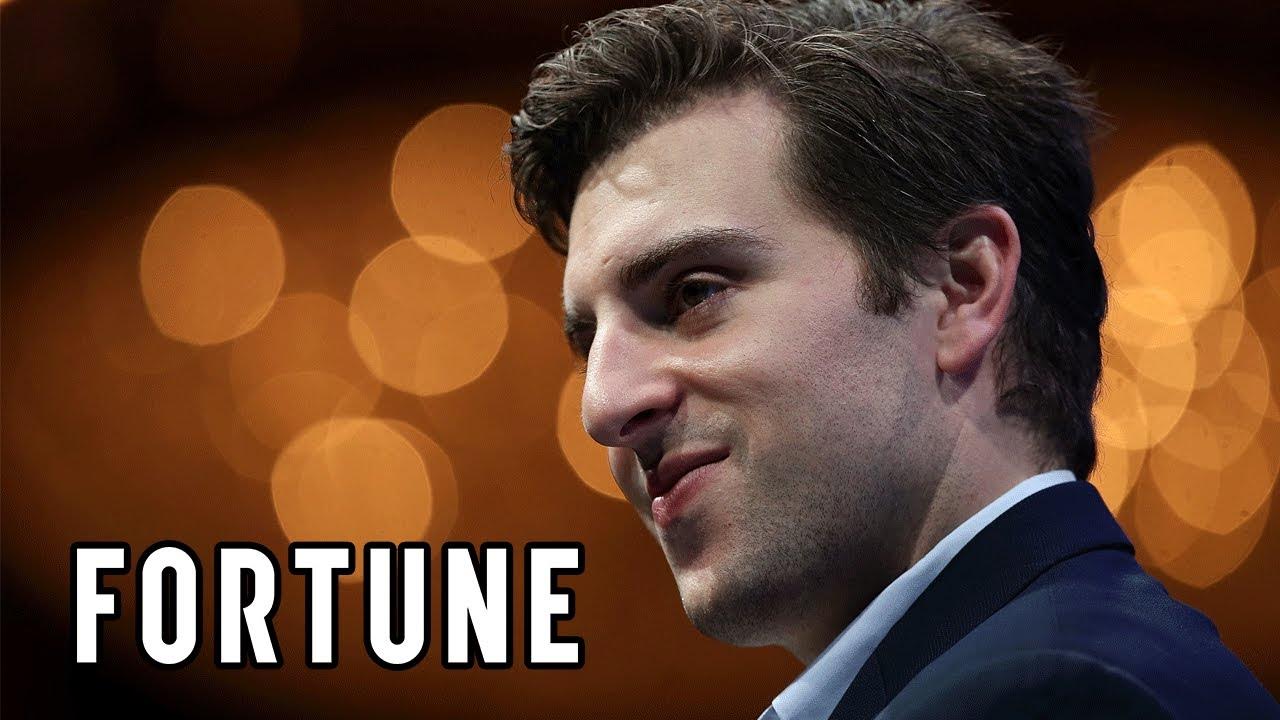 Brian Chesky and Joe Gebbia were dedicated to their vision. They started waking up at 8 am and worked till midnight every single day.

They continued for the next 4 months as they clung to the advice they got from Paul Graham.

They realized once they could build a community that can trust in their vision, they would get the turnaround they needed.
At their moment of realization, the turnaround of Airbnb began.

Brian Chesky can look back at his struggles to the top and give a sigh of relief and smile at his achievement. He could have stayed in the comfort of his job without taking that brave step.

There are a lot of inspiring values and lessons in the life of Brian Chesky when you take a look at it closely.

– There are times when you need to leave your comfort zone to take control of your future. Just because it is a wild idea, doesn’t make it a bad idea.

– Your first plan doesn’t have to work out. You might fail a couple of times or a couple more, but they are all sacrifices you have to make to get to the top.

– Most importantly, do not give up. Brian had many opportunities to throw his plan out the window, but he didn’t, and he was rewarded.

According to Forbes, Brian Chesky is now worth $8.7 billion. He couldn’t afford rent a few years back, but he has more than enough to buy a mansion now.

Brian Chesky is also a philanthropist who has signed the giving pledge just like some other billionaires. Good job Brian, you won!