The “Back to the future” car is a reality. There is a company that is building it, it runs on solar panels and has a range of 450 miles 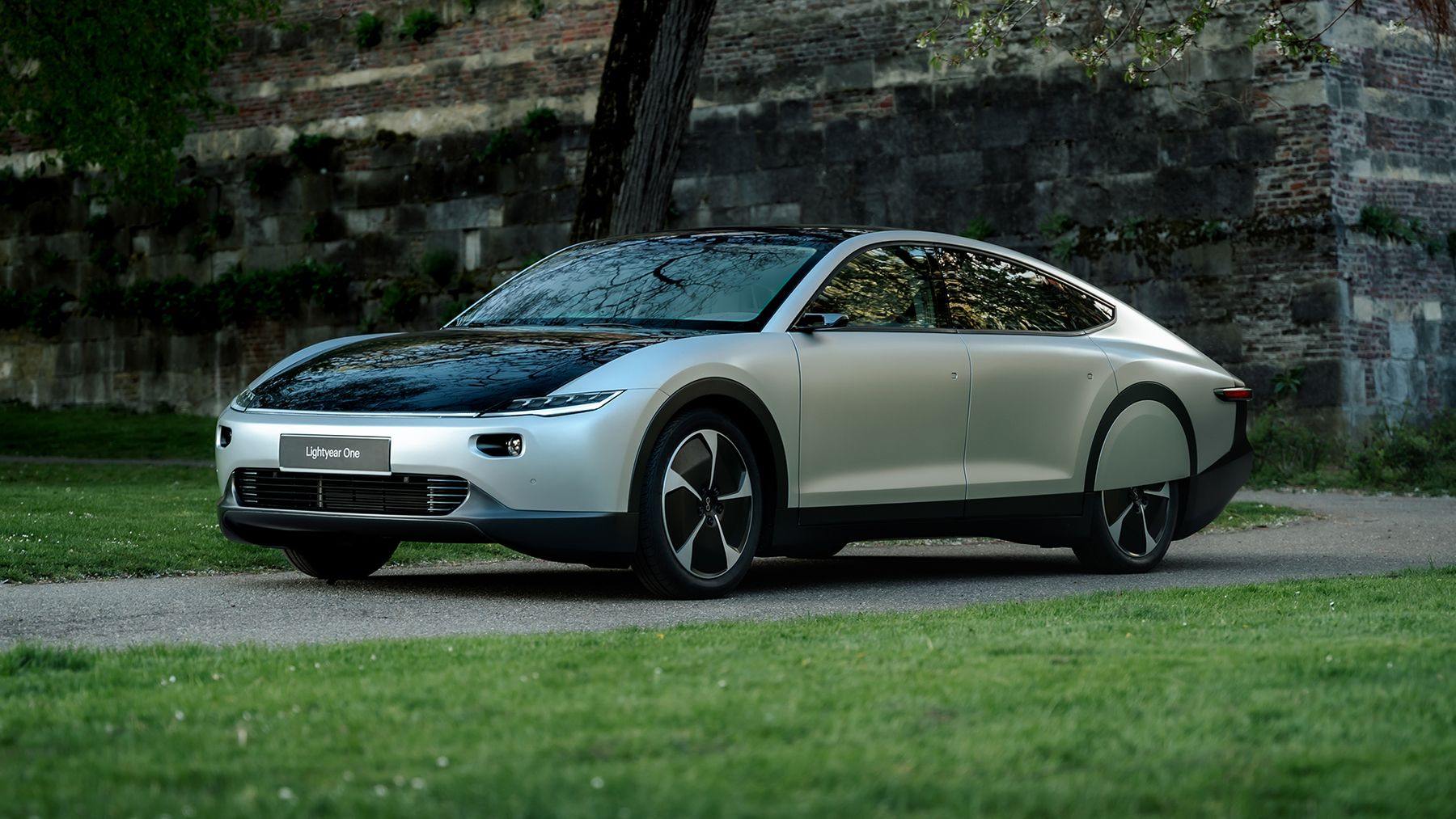 Robert Zemeckis’s legendary sci-fi film “Back to the future” was released in 1985. And today, after 36 years, something similar to Doc’s car is a reality. This is the Lightyear One. It is the most advanced electric car with solar panels. But it is not the only one that is so cool and technological.

It’s not like the DeLorean. Of course. That went in the first episode to plutonium. And in the second thanks to the organic waste that provided it with the energy to travel through time.

Well that was a movie. While cars covered with solar panels are already in working order today. The one that made the most of the talk is the one I just mentioned made by a Dutch startup.

Like that movie that was apparently weird – in which the main actors were Michael J. Fox and Christopher Lloyd – but it was a very significant reality. So the car I’m talking about today looks like bullshit but it is really something revolutionary.

In the future, the technology will be so advanced that the energy sources could cost very little or be drawn from the environment. Just like the sun.

BREAKS ALL THE RECORDS

The Lightyear One is powered by a 60 kWh battery. A small battery which, however, thanks to the photovoltaic panels does miraculous things.

For example, the Mercedes EQS has a range of around 480 miles. But with a 107.8 kWh battery. Almost double.

So you should understand that photovoltaic panels do their job.

The tests were conducted at Germany’s Aldenhoven Testing Center at a constant speed of 52 miles per hour. 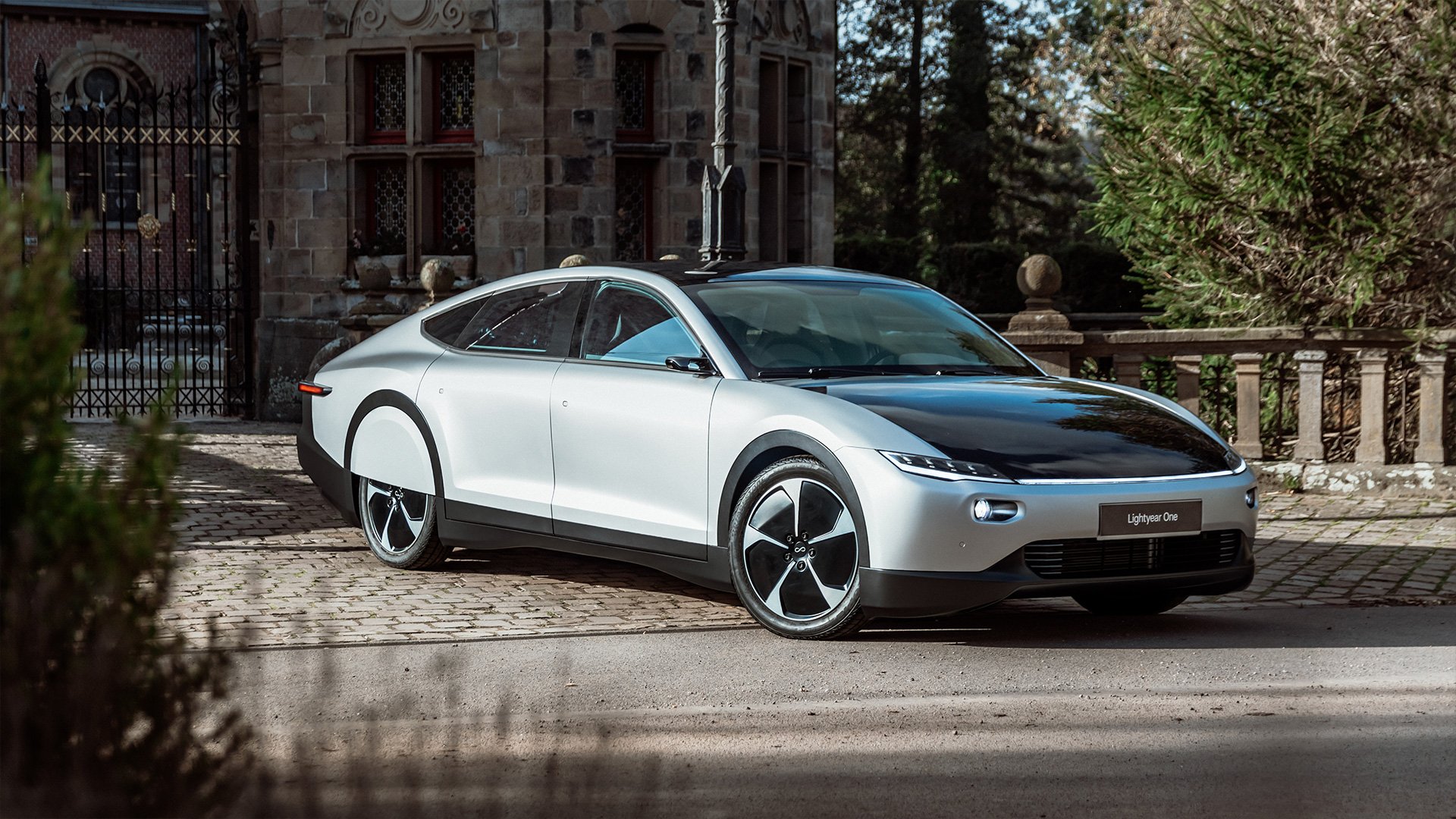 Lex Hoefsloot, CEO of the company, said that however there is ample room for improvement:

“We can work on aerodynamics, powertrain, brakes and suspension. The tests have provided us with interesting data on how to improve our vehicles in different ambient temperatures and crosswinds.”

In fact, as I said, we are at the beginning of a new challenge. The best products come after years of sacrifice and improvement. I experienced it on my skin as an almost millionaire Italian entrepreneur. There are always many efforts before reaching an almost perfection. And you never know if you will reach it.

So it will be for Lightyear which, however, has already made known an interesting thing.

It will start producing the first cars early next year. It will build 946 units as a first phase.

Unfortunately at a price not really accessible to everyone: about 149 thousand euros.

The brand then aims to expand its range by 2024 with other vehicles equipped with the same technology as the One. Which will probably cost less so as to reach all budgets.

THERE ARE THOSE WHO DO MORE AT A LOWER PRICE

Another car covered with solar panels is the Aptera.

I anticipate a disadvantage and then highlight all the advantages; it is small and it is not a real spacious car. But we are now interested in what we can do with this technology.

This vehicle was built by Aptera Motors, an automotive company based in San Diego, California.

The peculiarity as I said is that it has three wheels but it is very futuristic. Especially for the results.

– It will be able to recharge thanks to the solar panels and travel up to 37-44 miles per day when exposed to direct light.

– It will cost starting from 21 thousand euros.

It looks a lot like the prototypes used in Eco-Marathon races. This is because having an aerodynamic shape gives many advantages in efficiency.

Aptera will be available with all-wheel drive and three electric units, capable of delivering a total of 203 horsepower.

Which translated means a lot of speed for such a small car: a maximum of 110 miles per hour.

Among the options you can also choose the quantity of solar panels. There are 4 “tiers”, with a surcharge of up to $900 for full coverage.

Well, who imagined it in 1985 when we watched the film “Back to the future” that the number of solar panels would also be among the future equipment to choose from on the car?

At most we thought of the car radio. Or to the airbag. The most far-sighted perhaps is something similar to a computer. And instead Doc had seen it right. Even his van ran on solar panels if you remember correctly.

THE FUEL OF THE FUTURE COULD BE THE SUN

As you will have realized by now, all car manufacturers build electric cars. And therefore the installation of solar panels will be a natural evolution.

While I’m here in front of the PC enjoying a cup of hot coffee, I make this reflection. And it seems to me a more than obvious reflection. Although I have learned that nothing should be taken for granted.

But in the meantime, hear this:

At the University of Michigan, a team of researchers has created luminescent solar concentrators, called TSLCs.

“These panels are able to capture sunlight and transfer it to photovoltaic cells. This is thanks to the studies on graphene. The novelty, however, lies in their composition, based on organic salts, which makes it possible to create transparent panels.”

And therefore with such inventions the possibility of having panels to be applied anywhere on the machine is extended. From the windshield to the mirrors.

You must know that the first attempts to install photovoltaic panels on a vehicle to make it autonomous date back to 1955 when. It was General Motors that invented a prototype solar car called the Sunmobile.

“It is Sion; is the name of the pilot project presented at the Consumer Electronics Show. It is also fueled by solar panels.”

Sion can only be recharged under special conditions. Obvious when the sun is out. It has 248 photovoltaic cells that allow it full autonomy over short distances. That is, a maximum of 152 miles of range per week on the car battery.

On a summer day, for example, it can cover 21 miles at solar expense. And it is only the first solar car to be produced on a large scale.

From 1955 to today we have done a lot. But now this type of technology is evolving and improving at absurd speeds. So stay tuned and because there will be some extraordinary things to see.

If you want to read other great things and keep up to date on the latest frontiers of technology follow my Twitter profile. It will soon become one of the most controversial and crazy Twitter profiles: https://twitter.com/SirNickNite