Michael Dell, The Young Boy Who Turned A $1000 Company Into A $100 Billion Empire 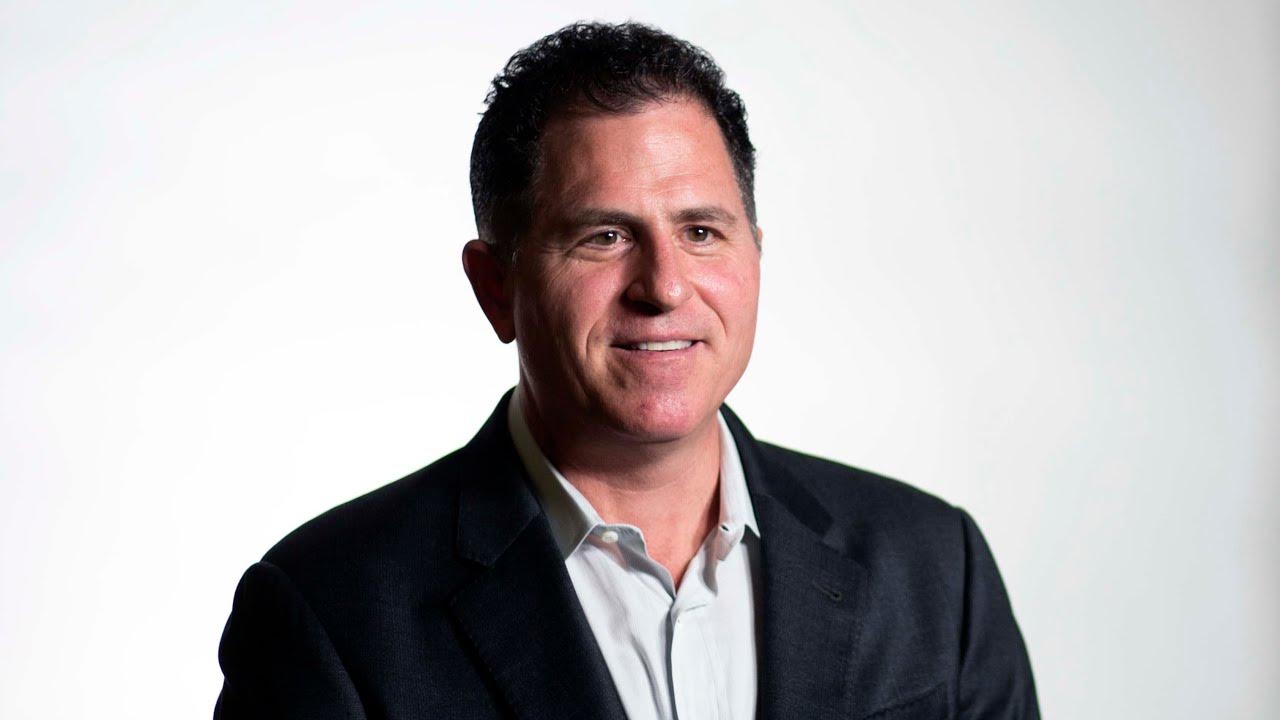 The name Michael Dell sounds familiar to you, right? You are probably reading this with a Dell laptop right now, and you have no idea how Michael Dell is connected to your Dell PC.

Do you have this figured out?

Yes, Michael Dell is the Founder and CEO of Dell technologies, and that includes your PC. Dell technology is one of the largest technological infrastructures in the world, and this man built it from the ground up.

The Dell Empire didn’t suddenly sprout out of nowhere; this company was built with interesting facts surrounding Michael Dell’s life. Keep reading to find out how Michael Dell was able to run up the ranks to be the 24th richest man in the world.

THE EARLY LIFE OF MICHAEL DELL

Michael Dell was born February 23, 1965 to the family of Lorraine

Charlotte, a stockbroker mum, and Alexander Dell, an orthodontist father.

He grew up in the environment of Houston where he attended Herod Elementary School, and Memorial High School, acing his academics throughout his years.

Michael Dell was a smart young boy and he fancied business at a very early age. His obsession with business made him purchase his first calculator at the age of seven, took a high school equivalency exam at the age of eight to give him the chance to beat school, and enter fully into the business world.

However, Dell’s parents insisted that he completed his studies as a normal child.

Michael Dell’s interest in business didn’t start from birth. He started learning all there is about finance from his mother who was a stockbroker.

His interest in business grew from there, fueled by his curiosity as a child. He became increasingly interested in business.

At the age of 12, Michael was already working part-time jobs. As he grew, he was able to use his business acumen to earn about $20,000 just as a high school student.

While other kids his age would have used that kind of money to make their teenage dream come true, Michael preferred using these earnings to invest in stocks and precious metals. He was one ambitious young boy

When Michael was 15, he acquired an Apple II computer. This piece of technology certainly fascinated Michael, and again, his curiosity was sparked. He wanted to see how this device worked, so he took apart the computer, and at that moment, he fell in love.

You must be thinking Michael would work on the academic part of computer engineering or general business studies. However, in 1983, Michael Dell started attending the University of Texas as a pre-med student. What a twist Michael!

Apparently, he started studying medicine to please his parents. Yet this didn’t stop his passion for technology and business from playing a huge role in his life.

During his first year in the University, Michael took a sum from his savings to start a business in upgrading and customizing “off the shelf” computers, and selling them to potential customers.

He innovatively found a way to mix his knowledge of business and computers to speed up his business.

He found a loophole in the delivery system of the retailer to the customers and decided to use that to his advantage. He then obtained his vendor’s license.

Michael not only focused on manufacturing good computers but added strong customer support and much cheaper competitive pricing.

Michael Dell’s business grew at a fast rate. In his first month, he sold $180,000 worth of PCs. Michael Dell’s success was unbelievable. Little did the world know, he was just getting started.

MICHAEL DELL’S FIRST STEP TO SUCCESS: THE FOUNDATION OF DELL 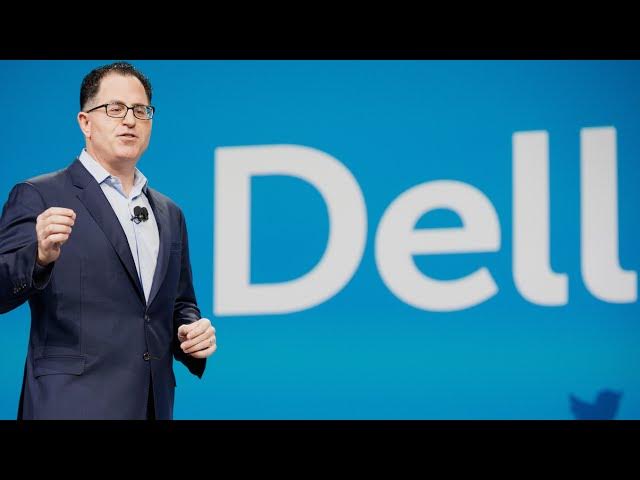 At the age of 19, Michael Dell registered his company as PC’s Limited.

His goal was clear to him now, and he knew continuing his studies as a med student would only slow him down. Realizing his need to focus on his business, Michael dropped out of the university after spending only one year as a pre-med student.

After Michael figured out how he could bypass production and supply costs, he extended the advantage to his customers. He offered his customers a ten percent discount below the market price of his competitors, immediately making his company a market favorite.

He even suggested that his suppliers build warehouses near his factories, to save time due to tremendous orders. The suppliers were responsible for the cost of storing unsold parts.

In 1988, Michael Dell decided to change the company’s name to Dell Computer Corporation. He brought the company public and was able to raise $30 million at its first public offering. Then, his company went global.

Michael Dell was competitive, a trait you find in most entrepreneurs. He set his eyes on rivaling the industry-leading company, IBM.

THE CHALLENGES OF YOUNG DELL

The success of Michael Dell was so unbelievable that it was almost impossible to keep a record of the challenges Michael Dell faced while bringing the company to the top.

– In 1989, a year after Michael’s company went public, they had a horrible problem related to inventory management. The drawback came from the cost of the technology transition DELL got caught up in. Michael Dell’s company kept growing at a faster rate than it could handle.

– This caused a lot of problems as they had a lot of mismatches in terms of system and processcaused by the tremendous growth and expansion. This caused Michael to slow down the company’s processes.

– DELL’s CFO resigned, and this led to disorganization in the management of the company.

– DELL had to scrap the new project of notebook computers due to poor production.

Some excessive success can also bring challenges, and that was the same case for Michael Dell.

As young as he was, Michael could have lost his composure, and his company would have suffered, it might have even seized to exist. Instead of panicking, Michael was able to think critically enough to walk over his problems as a young entrepreneur. 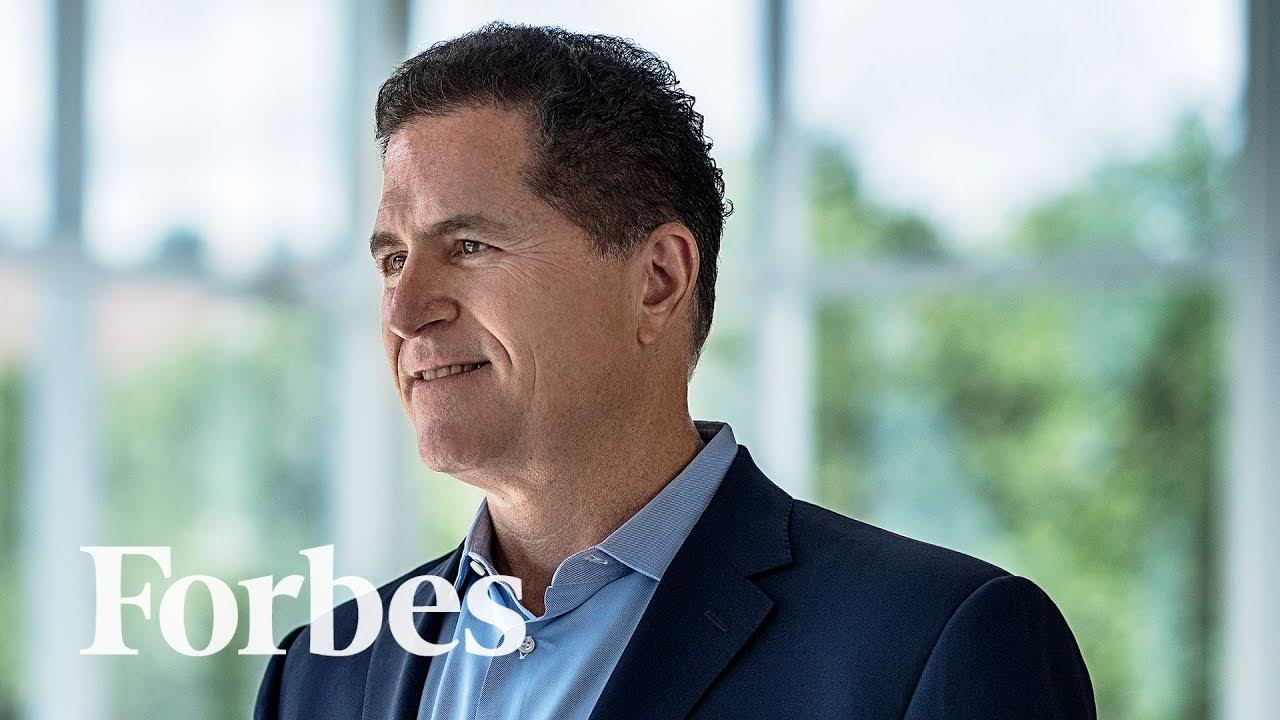 Exceeding everyone’s expectations wasn’t unusual for Michael Dell; he loved doing it. His business benefited from this course as DELL kept on rising to the top.

– At the age of 27, Michael Dell became the youngest CEO of a company that ranked on the list of the top 500 corporations in Fortune magazine.

Michael Dell kept the fire of his passion burning to the end, and that rewarded him handsomely. From a young age, Michael has been able to portray himself as a reflection of virtue that would help any start-up today.

– A willingness to sacrifice and take risks. No true success comes without taking calculated risks. You need to be ready to sacrifice your time, money, and concentration to attain greater heights.

– Most importantly, believe in yourself. Do not let anyone limit your dream because of age or gender. Trust in yourself to win, and you will win.

Michael Dell was able to harness his young passion into a huge vision. He continues to learn more about the evolution of business, using that to increase his wealth and that of his company.

Michael Dell’s current net worth is $47 billion, and he is committed to using his wealth to help society as a true philanthropist.

Michael Dell and his wife Susan Dell established a foundation that would help families with economic stability, education, and healthcare services for children.

In 2011, the foundation made available $650 million to help solve children’s issues and other community needs.

– Michael Dell wasn’t just a young and ambitious man, he held onto his passion, never losing sight of his dream despite overwhelming highs and challenges.