His Family Wanted Him To Study Law. But His Passion For Technology, And Software Drove Bill Gates To Success. Becoming 17th Forbes' Richest Individual In The World. 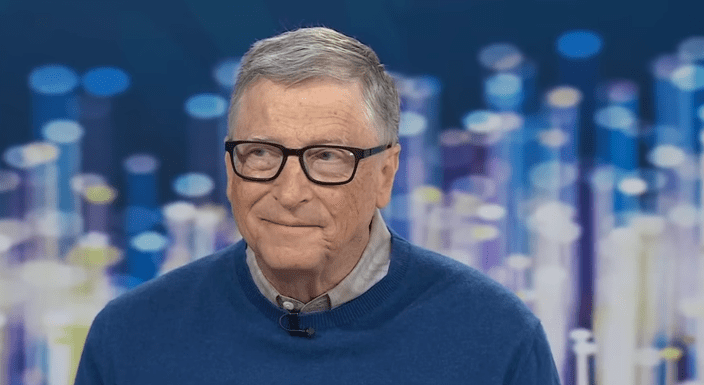 The desire to try something new is what landed most people into discovering who they are, and eventually get them to success.

That desire is what we call ‘Passion’. And that is what drove Bill Gates to becoming the only individual to hold the Forbes Title for the world richest individual from 1995 – 2017 except from 2010 – 2013.

Aside from the Forbes Title for the world richest individual, Bill Gates is a successful entrepreneur, philanthropist, climate change activist, and of course the co-founder of Microsoft Corporation.

If you have passion for a thing, and you’re willing to pursue it hard, then this story is for you.

Most successful stories have a rough beginning. But that wasn’t the same for Bill Gates. His story was completely different from others that had a tough beginning. Yey, that doesn’t mean he had it all covered right from time.

Gates was born to William H. Gates, and Mary Maxwell Gates on 28 October, 1955 in Seattle, Washington DC. He was formerly known as William Gates III because he was the fourth of his name according to his family ancestry with his father carrying the ‘II’ suffix.

It might be fair to say Gates got it covered right from the start because his father was a notable lawyer. His mother was a member at the board of directors of two prominent organizations in the U.S – United Way of America, and First Interstate BancSystem.

While he’s mother’s father, i.e his grandfather was once a national bank president.

When Gates was 7, their house was ripped off by a strong tornado that hit Sand Point in Seattle where the whole family lived.

At some point, with all the gestures from his parents, Gates noticed that they wanted him to have a successful career in law just like his father. But little Gates at that time didn’t choose a career for himself or know what to do in life.

Because he was too small for his age, Bill Gates was often bullied by his peers at Church or at home. So, his parents decided to devise a means to ensure competition.

They set rewards for winning in anything, and penalties for losing. It doesn’t matter if it was in the classroom or at the church. You just have to compete.

And that gave Gates the confidence of competing. With that mindset he set off to challenge nobody but himself.

Unlike other successful entrepreneurs, and magnates, Gates chose a single career path right from the start. The option of him being a prominent lawyer like his father died down when he picked an interest in programming.

At the age of 13, Gates was enrolled into a private school in Seattle, Lakeside Prep School, and this is where he wrote his own first software. Bill Gates became obsessed with computers when the Mothers Club bought some sets of computers for his school.

He was so obsessed with computers to the extent that he had to be excused from classes like Math, just for him to pursue his interest in programming.

The expiration of the Mothers Club donation brought about some drastic changes for Bill Gates, and his friends. They’d have nowhere to continue their journey on programming. This led them to sought after time on other computers.

Eventually, they got banned by Computer Center Corporation when they were caught stealing bugs to have some computer time.

All along the journey, it wasn’t about the money they would get from programming.

It was all about the passion, and how enthusiastic they were to see where all these programming ‘campaigns’ will end. They were determined to go further. They were young, and they have the whole world ahead of them.

Gates, alongside Ric Weiland, Kent Evans, and Paul Allen, who were banned by CCC formed a club – Lakeside Programmers Club.

They needed this club to make money to get computer time. After the CCC ban elapsed, the four young programmers offer to help CCC.

They’d help find bugs, and they’ll get more computer time. The deal allowed Bill to study other aspects in programming before CCC ran out of business in 1970.

Gates didn’t back down because CCC ran out of business. He kept on pushing alongside Kent Evans. They were resilient. They got an offer in 1971 to develop a program for Lakeside class-scheduling. They got other royalties, and more computer time from this offer.

They planned to have the program ready before their senior year, but before the end of their junior year, Evans was lost in a mountain climbing accident. The event weighed Gates down. He thought off abandoning the program. But to honor Evans’ death, he needed to complete the program.

Bill Gates later turned to Paul Allen who helped him finish the program.

Gates’ family was a close one. All members of his family were supportive of each other. This support, and upbringing gave Bill Gates the courage to further pursue his dream.

The option of Bill Gates becoming a lawyer was resurrected when he went to Havard in 1973. He later chose mathematics, and other computer science courses.

When Gates was 17, he formed a company alongside Paul Allen called Traf-O-Data. They’d count traffic data for systems based on Intel 8008 processors.

2 years later, Gates dropped out of Havard to join Allen at Honeywell. Gates’ decision to drop out was not because of his academics or financial issues. He saw an opportunity, and he made it his call to take that opportunity.

In 1975, MITS developed a microcomputer called Altair 8800. The system was designed based on Intel 8080. This was the opportunity that Gates saw, and made him drop out that same year.

Bill Gates communicated his decision to start his company to his family. They saw the desire, and passion he had for tech. They had no choice but to be supportive.

THE BIRTH OF MICROSOFT

The Golden opportunity that gave birth to Microsoft Corporation was the one that led Gates to take leave of absence from Havard.

That opportunity was when MITS demonstrated the Altair 8800. Gates saw this, and had no choice but to contact Allen, and gave him the news. He later contacted MITS to pitch his idea. They got a response from MITS President Ed James to demonstrate their idea.

Right from time, they had no prototype ready for it. They didn’t even have any code written for it. This was intentional. They just wanted to gauge MITS interest in their idea. Within a few weeks, they developed a prototype, an Altair emulator.

The pitching took place at Micro Instrumentation and Telemetry Systems (MITS) offices in Albuquerque, New Mexico. The demonstration was a success, and a deal was struck with MITS to distribute their design as Altair BASIC.

Allen was employed by MITS. He named their partnership “Micro-Soft”. They later decided to drop the hyphen, and call it “Microsoft” and got it registered. They had their first office in Albuquerque.

With so much desire to succeed, they employed their former school mate, Ric Weiland. He was their first employee.

There are times in life that we just have to be an observatory. See clearly what opportunity is in front of our eyes. Bill saw an opportunity and he gave it a shot.

Bill Gates’ story seems to be a smooth one but had it been he was reluctant, and didn’t pursue his passion with all he had, there won’t be Microsoft Corporation today.

– “The best thing a Man can do for himself is to surround himself with the best people”. And that was what Bill Gates did. From partnering with Kent Evans to Paul Allen, and hiring Ric Weiland.

These are people that he shared the same dream with. You can’t afford not to choose people that share your dream.

“Success is a lousy teacher. It seduces smart people into thinking they can’t lose.” Bill Gates from his bestseller ‘The Road Ahead’.